MILAN, Italy — With a powerful femininity and all its signifiers — from bustiers to garters — making a comeback on the Milanese catwalks, is the notion of gender fluidity still in fashion? It seems that, at least when it comes to expensive Italian clothes, traditional gender norms are back, with the exception of women who dress à la garçonne, a lasting incarnation of modern elegance.

Even Giorgio Armani, at his Emporio Armani line, opted for something as unpredictably Armani as frills and froth in the form of super-short dresses, bulbous mini-capes and short shorts in slinky silk and lace and velvet and a whole array of fabrics and shapes reminiscent of the language of couture, all of it in shades of dark green and black. It was quite a statement from the king of androgyny, who of course did not forget about those garçonne-worthy pantsuits, blazers, white shirts and cravats that are his trademark. There was a bit of this and that, from long to short, from loose to tight, but it was less randomness and more Mr Armani acknowledging that today, as he said backstage, “trends do not exist anymore.” 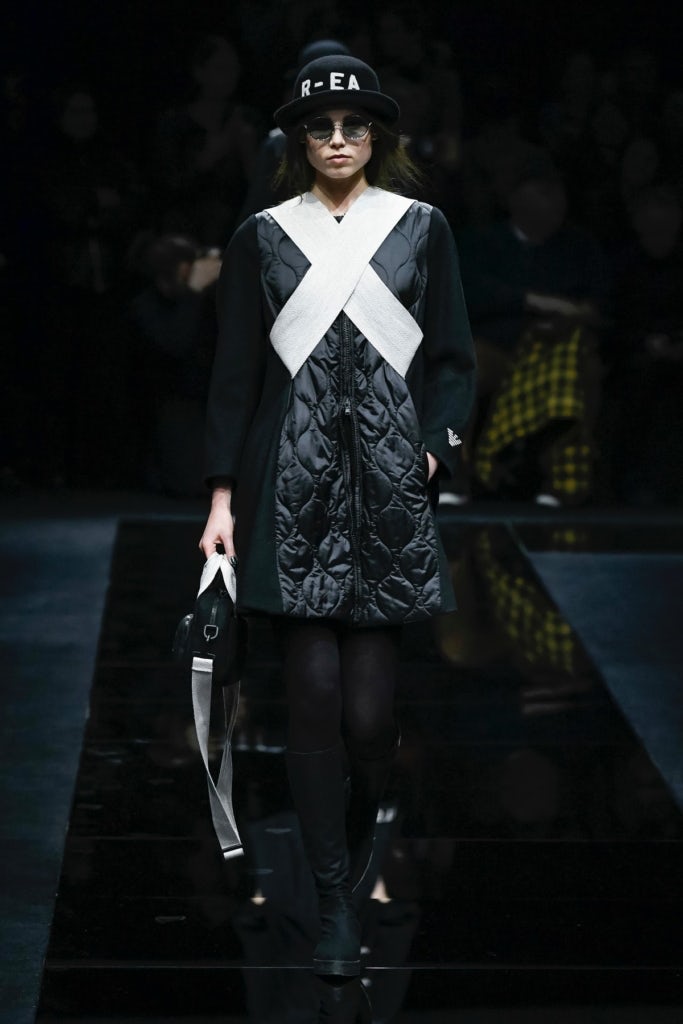 Walter Chiapponi’s debut as the new creative director at Tod’s was equally trend-averse, but in a wholly different way. By focusing on the notion of Italian “buon gusto” or good taste, Chiapponi proposed timeless classics in wonderfully supple colors that came with au courant tweaks without screaming “fashion.” It made for an assured outing that, indeed, had a certain class. Chiapponi’s pedigree includes a long stint at Prada, which left a clear imprint on this work. One could see this especially in his taste for twisted bourgeois classicism and assured manner with odd colours. And yet it was a bit drier and a bit punchier than Prada, so the effect was not referential. The accessories stood out, in particular the stiletto loafers. 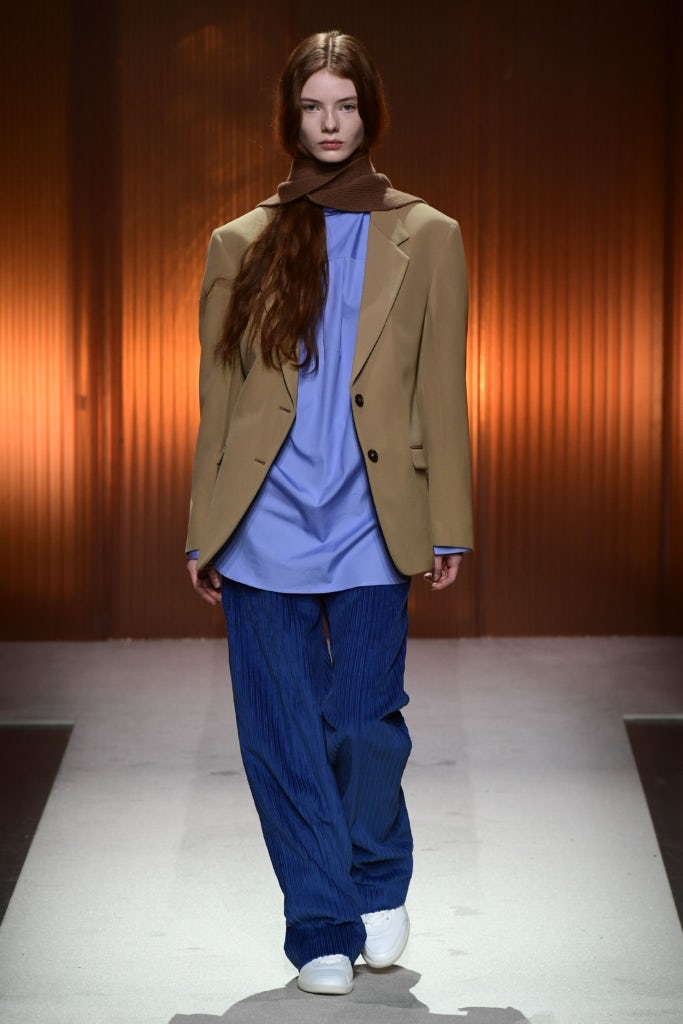 At Sportmax, there is always something a bit militaristic, very angular and stiff going on, channeling an idea of clothing as protection. It was again the case this season, but things were toned down by an injection of softer femininity: liquid dresses, draping, some shimmering. It was a good move. Presented in pitch black, the collection marched around a bright future theme that, rather than clichéd futurism, meant a polarization of mannish, martial tailoring and feminine dressing, with a smattering of mirrored details. The show was good and was, most of all, packed with good product. 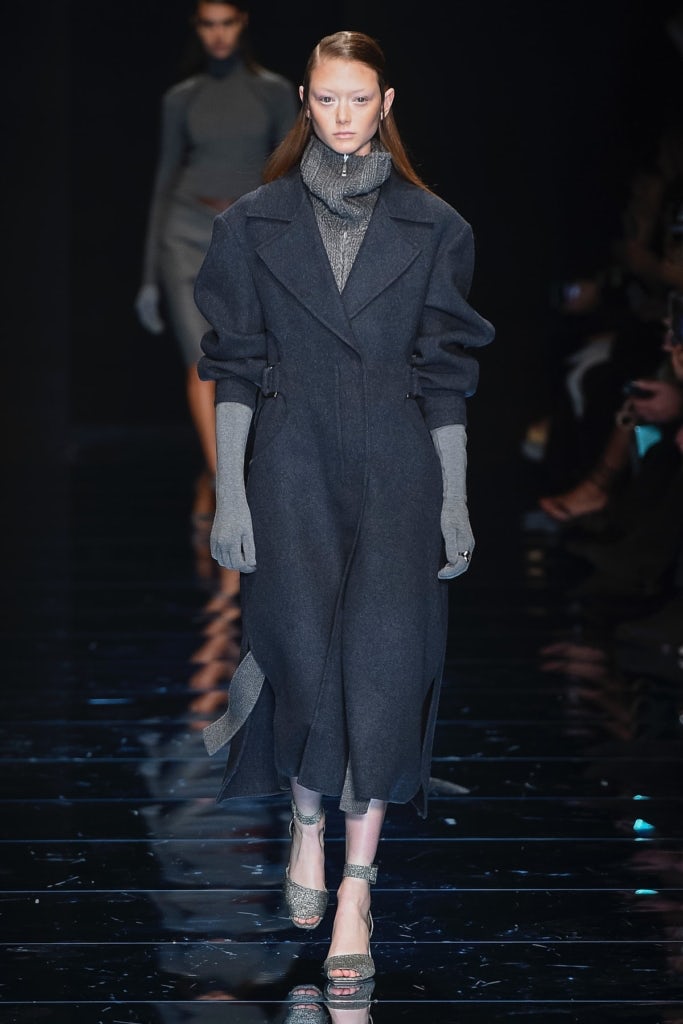 Just like Sportmax, Etro showed in complete darkness, conveying a claustrophobic feeling which was quite a counter-intuitive move for a brand that is all about being open and bright. But that was seemingly a misstep in staging. The collection was quintessentially Etro: boho, free, feminine and light, full of contrast and very desirable. By now, Etro has established herself as a force to be reckoned with. Her bohemian way with bourgeois codes has something of Ralph Lauren, but made easier and more feminine, which is an accomplishment. It’s an approach that’s a little repetitive, but also effective. 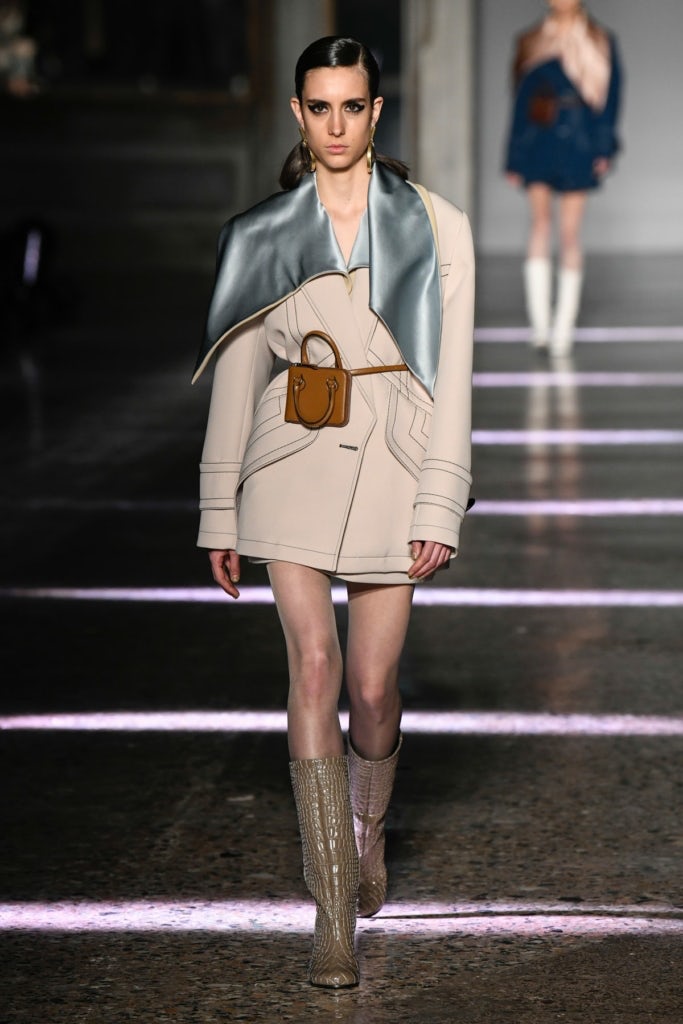 Marco de Vincenzo confessed backstage that he is struggling a bit with his eponymous label — being small, today, is not easy. Instead of depressing him, the situation put the designer in a cheerful mood — a childish mood, to be precise. De Vincenzo played with dis-proportions, like children do when they draw adults. Around a similar theme, Mr Martin Margiela once produced an incredible collection. De Vincenzo took a different path. Instead, he kept the psychedelic ladylike spirit that makes him so special and scored. One just has to hope those struggles will end soon.