From fast fashion to luxury, big brands want consumers to know they care about the environment.

In the last week alone, Inditex SA — owner of Zara, the world’s biggest fast fashion brand — launched a suite of new sustainability targets, including a commitment to only use recycled polyester and ensure all its cotton, linen and viscose are produced more sustainably before 2025. Meanwhile, luxury conglomerate LVMH Moët Hennessy Louis Vuitton has made an effort to bolster its climate credentials by taking on eco-conscious designer Stella McCartney as an advisor alongside a minority stake in her brand.

Underpinning these moves, and a flurry of similar commitments and investments over the last year that also take into account the industry’s treatment of workers, is a rising tide of consumer awareness and regulatory scrutiny on the fashion industry’s environmental impact. The challenge for the fashion world is finding a way to operate sustainably and profitably in the long-term. Fundamentally more sustainable fashion, means less fashion.

Nonetheless, brands are increasingly eager to champion their sustainability credentials in a bid to entice younger consumers who claim to care deeply about how and where their clothes were made — 42 percent of millennials say they want to know what goes into products and how they are made before they buy, according to The Business of Fashion and McKinsey & Company’s annual State of Fashion report.

In the near-term, brands see big potential in conscious consumption, with a growing number of wholesalers carving out spaces in-store and online dedicated to more environmentally sustainable and ethically-produced products.

The RealReal highlighted “rising value consciousness and a desire to embrace sustainability,” as a key favourable consumer trend in its IPO prospectus earlier this year. Companies from H&M Hennes & Mauritz AB to Farfetch Limited are also dabbling in the fast-growing resale market, while rental models are also gaining traction.

But longer-term, the trend raises a central tension for many brands: in an era of growing consciousness and concern about the strain mass consumption is placing on the planet and its resources, can brands be sustainable and continue to grow at the same time?

For all its talk about sustainability, the fashion industry has yet to tackle the fundamental trade-off between improving its environmental footprint and operating a successful business. Ultimately, selling more clothes, bags and shoes requires more resources. To be truly sustainable, brands may have to consider producing less. Perhaps this is part of the reason why the pace of progress toward sustainability is slowing.

French luxury giant Kering SA’s latest climate report threw into relief the inherent tension between growth and sustainability. The fashion behemoth — which owns a stable of big-name-brands with Gucci chief among them — has long been heralded as a leader in fashion’s efforts to operate more sustainably. But in spite of a years-long effort to tackle the company’s environmental footprint, its impact increased last year as rapid growth offset sustainability initiatives.

That hasn’t turned off consumers who continue to flock to Gucci, which in turn is amping up the marketing around its sustainability initiatives.

Ultimately, brands’ growing engagement with the industry’s environmental and ethical challenges is healthy, but how this plays out will depend on whether consumers start to vote with their wallets. 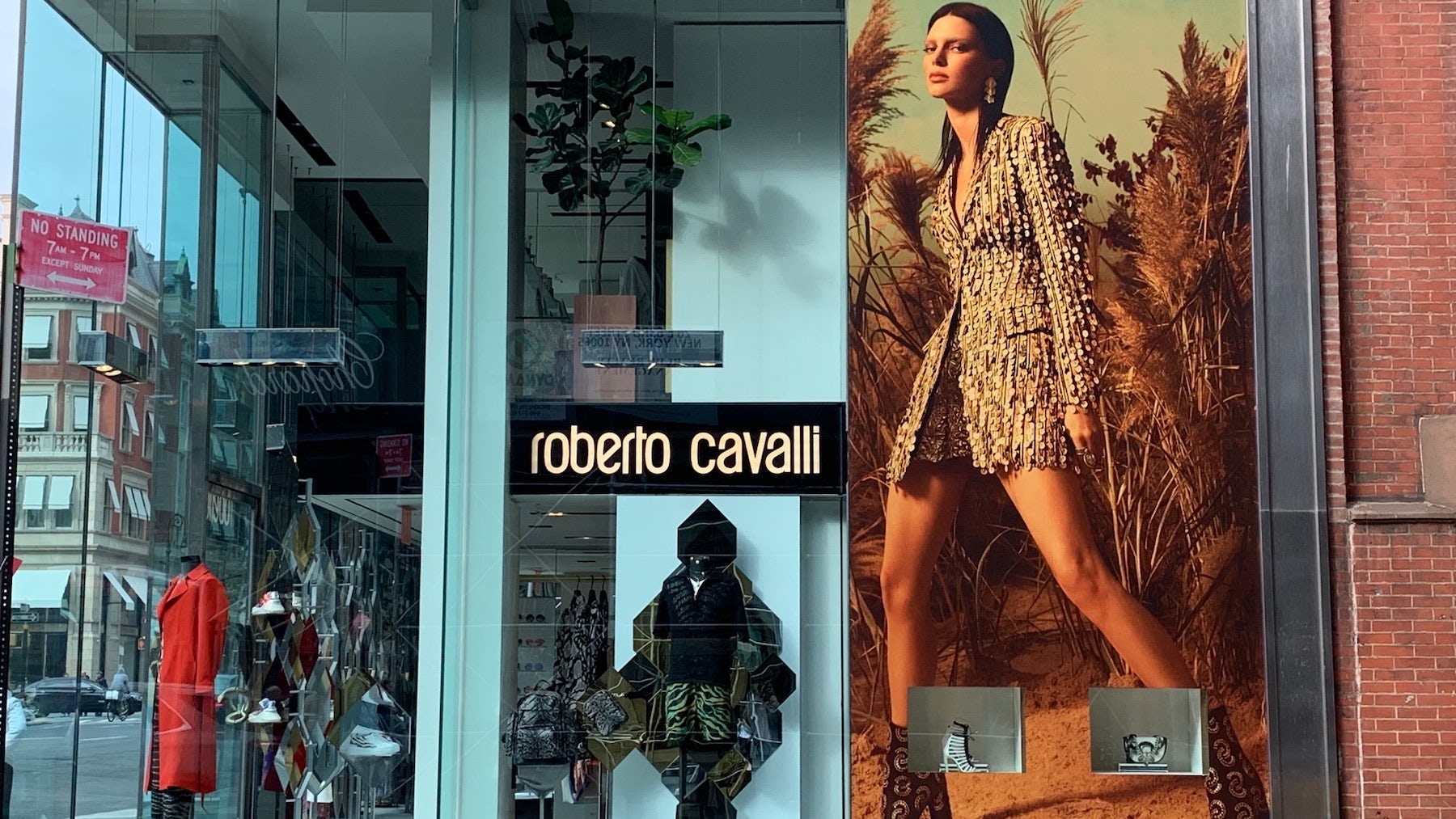 Roberto Cavalli to be acquired by Dubai real estate developer. Vision Investment Co Llc, an entity controlled by Hussain Sajwani — the founder and chairman of Dubai-based real estate developer Damac — will take a controlling stake in Roberto Cavalli. The troubled Italian brand, which filed for bankruptcy protection in Italy this past April and was forced to liquidate its US business that same month, was previously controlled by Clessidra, an Italian private equity firm. Since 2014, however, Cavalli has posted annual losses, its turnaround plan stymied by a lack of capital.

Levi’s shares fall to record low. Shares of the denim company sank as much as 6.6 percent to the lowest since a March initial public offering after Goldman Sachs issued its first sell rating. Analysts cited “a more challenged US wholesale environment,” not only for Levi’s, but for retailers Ralph Lauren Corp and PVH Corp. Earlier this month, Levi’s stock had climbed about 39 percent from its IPO price of $17 before a disappointing earnings report drove shares down.

Richemont watch sales stall as Hong Kong protests bite. The luxury group — which relies on jewellery for the bulk of its sales — said protests in Hong Kong, the top export market for Swiss watches, weighed on sales due to store closures and lower tourist arrivals. Strong demand in mainland China helped Richemont offset weaker performance elsewhere, including a revenue drop in Europe. Meanwhile, Hong Kong retailers expect sales for July and August to drop by double-digits from a year earlier due to the protests that have gripped the Chinese-ruled city for more than a month.

US property trust challenges Arcadia’s restructuring plan. Philip Green‘s fashion empire Arcadia Group said it received applications from legal entities of US-based property group Vornado challenging two of its seven planned Company Voluntary Agreements (CVAs). Arcadia said the challenges to the CVAs (which were approved in June by the required majority of creditors) were “without merit,” adding it would defend itself against them. CVAs have been carried out by several British retailers, including New Look, House of Fraser and Debenhams.

Muji is struggling. The retailer became one of Japan’s most recognisable brands by selling simple, practical items that it hopes will last for decades. After 10 years of expansion that brought its minimalist emporia of modular shelving, sturdy kitchen gear and earth-tone fashions to cities from Toronto to Shanghai, Muji is struggling. In April, parent company Ryohin Keikaku Co reported its first decline in operating profit in eight years and a financial outlook below analysts’ expectations, as well as a rare drop in same-store sales in China.

Nike and Lululemon supplier pivots away from Vietnam after exiting China. The sportswear supplier to Nike Inc and Lululemon Athletica Inc exited China in 2016 as conditions weren’t ideal for manufacturing, deciding instead to bulk up in Vietnam. Now, as the global trade war heats up, Eclat Textile Co finds itself vulnerable again and needs to move beyond Vietnam. With Donald Trump hardening his stance on Vietnam, calling it the biggest trade abuser and slapping higher import duties on steel, firms are realising that no nation is tariff-proof enough to serve as a global supply hub. 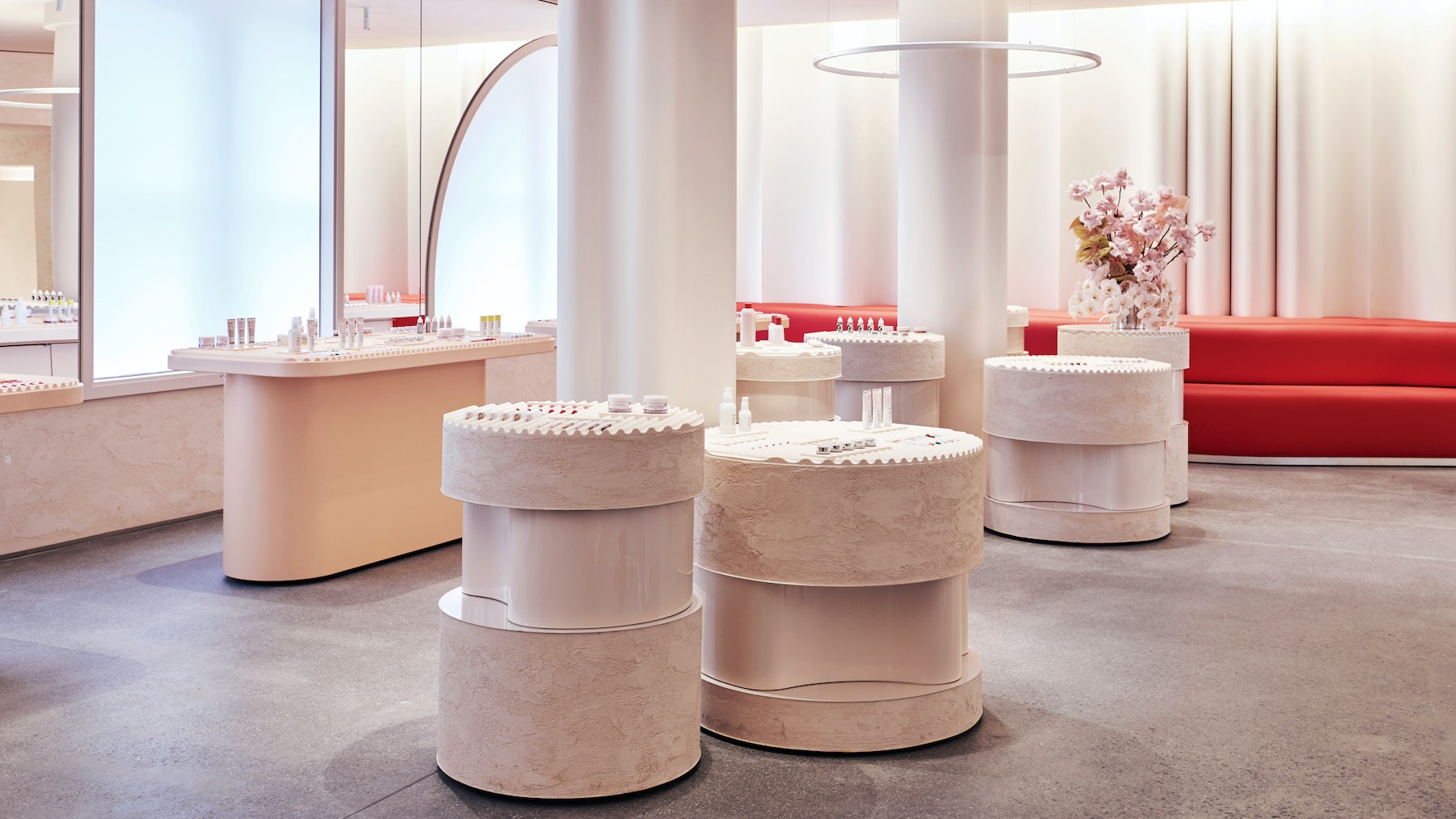 Glossier drops merch. Following the launch of Glossier Play and relaunching supersized versions of their fan favourite serums this year, the beauty brand is now launching its own accessories range. GlossiWear is a limited edition line of branded merchandise including hoodies, a tote and shower slides.

Tom Ford is in expansion mode. The luxury beauty brand is upping prices on its signature fragrances and adding skincare. With the launch of Tom Ford Research, its new skin-care arm, Tom Ford Beauty is looking to become the first big designer master brand of the 21st century, playing across multiple categories in key geographies around the world. The Estée Lauder-owned brand launched fragrance in 2006 and colour cosmetics in 2011. Since then, it has reached estimated retail sales of more than $1 billion. 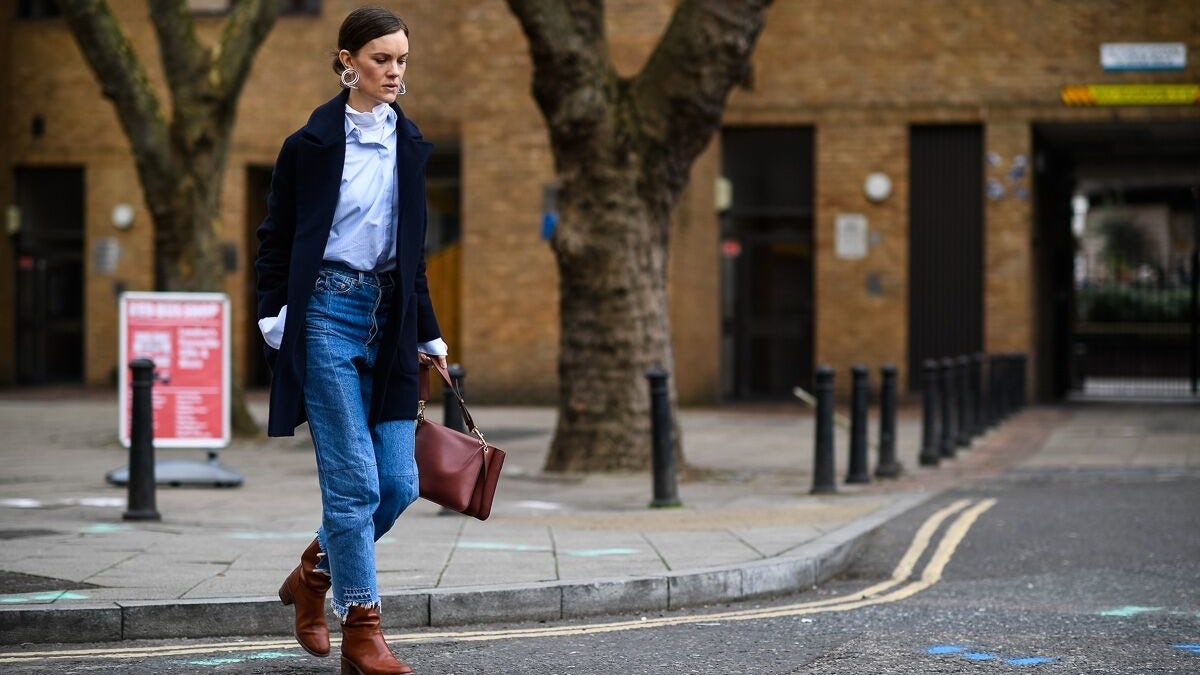 The FT names Jo Ellison editor of How to Spend It. The Financial Times fashion editor is taking on a new role at the British newspaper: editor of its lucrative luxury supplement starting in September. Prior to joining the FT in 2014 as fashion editor and associate editor, Ellison was the features editor at British Vogue. A representative for the FT said the paper will hire a replacement to fill Ellison’s current role.

Bernard Arnault is the world’s second-richest person. Bill Gates has never ranked lower than No. 2 in the seven-year history of the Bloomberg Billionaires Index, until Tuesday when he dropped to No. 3 behind LVMH’s Bernard Arnault. Arnault has added $39 billion to his fortune in 2019 alone, the biggest individual gain by far among the 500 people in the ranking. LVMH advanced to a record in Paris and pushed Arnault’s net worth to $107.6 billion, ahead of Gates by more than $200 million.

Prime Day surpassed Black Friday and Cyber Monday combined. Amazon said it was the “largest shopping event in Amazon history,” selling over 350,000 luxury beauty products and more than 1 million toys. Total sales of over 175 million items represented more than Amazon’s sales for the past Black Friday and Cyber Monday combined. The event is now a major sales opportunity for other US retail companies, with Walmart Inc, Target Corp and Ebay Inc all running their own special promotions to coincide with the annual sale. Meanwhile, Amazon could face an EU antitrust investigation over its use of merchants’ data. The European Competition Commission said the issue stems from hosting merchants on its site and simultaneously competing with them by using their data for its own sales.

Asos plunges after cutting guidance on distribution problems. The fast fashion e-tailer’s shares plunged after it warned that earnings will slump this year, putting pressure on Chief Executive Nick Beighton as he tries to fix distribution issues and prop up a falling stock price. Profit before tax may fall as much as 71 percent, Asos forecast Thursday. Shifting to new technology at US and European warehouses is taking longer than expected, affecting stock availability. Shares fell as much as 22 percent, wiping £513 million ($640 million) off the company’s market value.