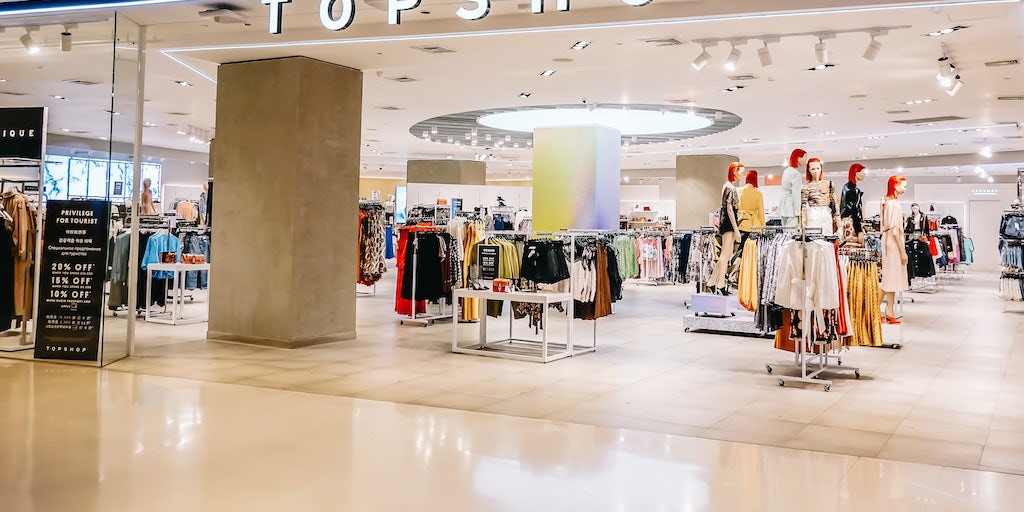 LONDON, United Kingdom — Topshop, Miss Selfridge and other Arcadia fashion chains will survive after landlords voted Wednesday by a slim margin to accept the troubled retailer’s plan to lower rents and close dozens of stores.

Arcadia said it secured the required three-quarters majority support for its company voluntary arrangements, or CVAs. The plans save Arcadia from entering administration, where its seven chains — Topshop, Topman, Wallis, Evans, Burton, Dorothy Perkins and Miss Selfridge — might have been sold off or liquidated.

Sir Philip Green did not attend the meeting, sending CEO Ian Grabiner and Chairman Jamie Drummond Smith instead. His wife, Lady Tina, is the majority shareholder in the business.

“We are extremely grateful to our creditors for supporting these proposals and to Lady Green for her continued support. After many months of engaging with all our key stakeholders, taking on board their feedback, and sharing our turnaround plans, the future of Arcadia, our thousands of colleagues, and our extensive supplier base is now on a much firmer footing,” Grabiner said in a statement.

Wednesday’s vote on the company voluntary arrangements, or CVAs, was originally scheduled for a week earlier, but was abandoned when it became clear it did not have the votes to pass.

The future of Arcadia, our thousands of colleagues, and our extensive supplier base is now on a much firmer footing.

Green sweetened the deal by offering smaller rent reductions of up to 50 percent at 194 stores, from 70 percent in the original deal, with the remainder funded by his wife, Tina, the majority owner. Arcadia will also close 50 stores, though a source close to the business said this won’t happen for at least four months as creditors still have 28-days to contest the vote, and landlords have 90-days to implement the closures while they find other tenants. Landlords including British Land and the Crown Estate backed the plan, while shopping mall operator Intu expressed concerns of a domino effect of other tenants demanding rental reductions.

Speculation that Arcadia may offload parts of the business has been heightened by Arcadia management telling landlords it needs 300 to 350 stores to continue to grow, according to a source familiar with the CVA meeting. It currently has over 560 outlets, suggesting more closures beyond the 50 planned. Jonathan De Mello, director of retail consultancy at real estate advisory Harper Dennis Hobbs in London says it’s likely Green will put some brands up for sale. “I think ultimately he [Green] would love to give rid of all the other bits. What he’s done is make them achievable to sell now with lower rents, and with less costs, the business margins are higher.”

The rescue plan gives Arcadia time to implement a turnaround plan, which includes closing large, underperforming stores in favour of smaller ones with better lease terms. E-commerce is also likely to be a priority, as Topshop and its sister chains have seen customers flock to digital-native competitors like Boohoo and Missguided.

But analysts argue today’s vote, while a relief for Philip Green, is only the start of a major restructuring.

“They have a long way to go, it’s not the end of the road for them. Their brands have lost a lot of their relevance and they have a lot to do online and even competing with stores like H&M. I wouldn’t be surprised if it ends up in a similar position in a few years unless it acts fast,” said Chloe Collins, senior retail analyst at GlobalData. “They need to figure out who they’re targetting.”

British landlords have had about three decades of rental increases, but difficult trading conditions and online competition has resulted in a series of high street retailers including Debenhams to use CVAs, or company voluntary arrangements, to cut stores and rents in a bid to stay afloat.

The decision to push back the vote by a week was a stark warning to other struggling retailers that landlords won’t accept CVAs as way to cut underperforming stores unless there is a real chance of survival.

“I’ve met quite a few of them [landlords], and all of them are at their wits end on CVAs, and especially as its Philip Green and he has more to lose than others, he absolutely loves Arcadia and they know he’s a billionaire so I think they decided to make a point,” said De Mello. “If they let go [of] hundreds of stores there would be a lot of issues in their malls and they wouldn’t want that. It would damage them hugely.”

Arcadia’s history stretches back to 1903 with the Burton menswear chain founded by Lithuanian refugee Montague Burton. His son Raymond opened Topshop in the 1960s. Mr Green bought Arcadia, which by then included other smaller brands like Miss Selfridge, in 2002 for £850 million ($1.08 billion) and presided over a golden era for the chain. Its most successful brand, Topshop, then overseen by Jane Shepherdson, was so desirable it featured regularly in British Vogue alongside designer labels.

But an era of under-investment despite Green paying himself record-breaking dividends, and failure to keep up with the consumer shift online, left Topshop and its smaller businesses under-performing.

Green’s reputation was tainted after his budget department-store chain BHS, which he sold for £1 in 2015, went bust a year later. Regulators forced him to pay £363 million to plug the pension deficit. Then earlier this year The Daily Telegraph reported accusations of bullying, sexual and racist abuse by staff and a US court charged him with misdemeanour assault over allegations of sexual misconduct by a US pilates instructor. He has denied the allegations.

“There are others out there who I would give a higher chance of success. This is definitely not the end of the story. It’s not unusual to have 2 or 3 CVAs,” which often end in collapse says Mark Pilkington, retail consultant and author of “Retail Therapy. Why the Retail Industry is Broken – And What Can Be Done to Fix it.”

“Do I think these brands have a great future under Philip Green? Honestly, no. His way of thinking about business is out of date and it wouldn’t surprise me if he sells bits off at [a] lowish price and walks off into [the] sunset on his yacht. It’s really quite tragic.”

Stay tuned to BoF for updates to this developing story.