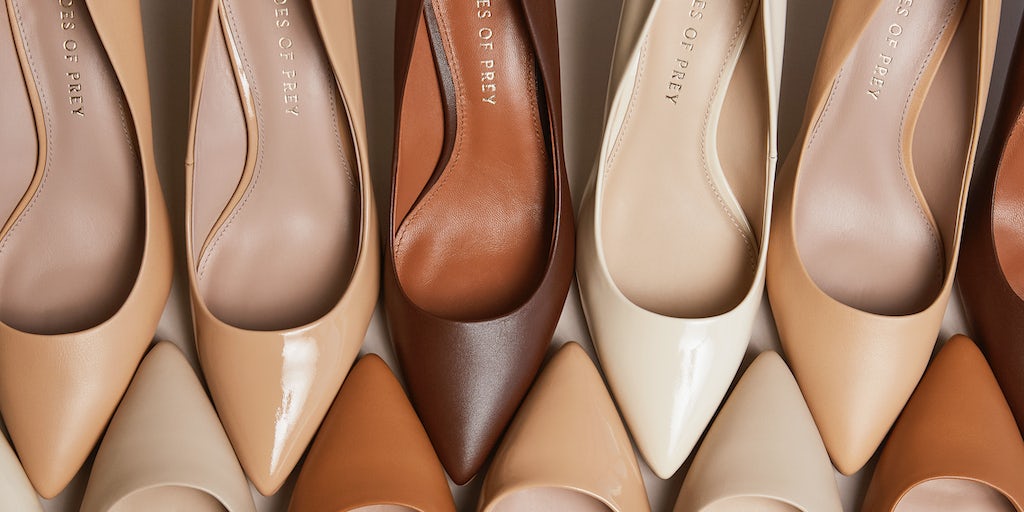 NEW YORK, United States — In 2009, Jodie Fox and two co-founders launched Shoes of Prey, a footwear company with what they believed to be a revolutionary proposition: high-end, customisable shoes at an accessible price point.

Fox, who is originally from Australia, decided to pursue the footwear business after the mother of her then-husband and co-founder Michael Fox raved about the concept following a trip to Hong Kong, where customisable shoe businesses were common.

Shoes of Prey started as a scrappy, self-funded startup, and managed to break even two months after launching. By 2014, it was hitting multi-million dollar revenue goals and had designed over 4 million pairs of shoes. In 2015, the brand was crowned Australia’s most high-profile start-up by The Sydney Morning Herald. It had inked partnerships with David Jones, the Australian department store, and Nordstrom, and raised over $25 million in funding. Sales reportedly hit $115 million in 2017.

And then, it was over. Shoes of Prey halted operations in the summer of 2018 and liquidated its business in March. Investors reportedly lost $35 million on the debacle.

Shoes of Prey’s failure is a cautionary tale for fashion businesses, and one which Fox details in her new book, “Reboot: Probably More Than You Ever Wanted to Know about Starting a Global Business,” which publishes next month.

In an interview, Fox said shuttering her business was one of the most difficult moments of her life. Fox learned first-hand about the negative effects of taking venture capital funding, the hidden costs of wholesale and the dangers that come when a business relies too heavily on a concept consumers may not be ready to accept.

There’s so much fear and shame that sits around a business not going perfectly.

“There’s so much fear and shame that sits around a business not going perfectly, and we need to have these conversations,” Fox said. “Part of building businesses is telling these truths.”

How Shoes of Prey was built from scratch

The early days of Shoes of Prey came with moments of serendipity for its founders, who had no retail or manufacturing experience.

The Foxes and Mike Knapp, a former Google employee she met in college, first travelled to Hong Kong, where they connected with stores — and, most crucially, suppliers — that made custom shoes.

Interpersonal connections are typically required for gaining entrance to such circles, but Shoes of Prey kicked off at the height of the recession, when factories needed new customers.

Shoes of Prey launched with 12 different base shoe styles, including ankle booties, pointed heels, ballet flats and mules, all available in styles that included the choice of heel height, fabric choice and colour. The same anything goes formula applied to sizing, with shoes available in half sizes from 2.5 to 15, and options such as making one shoe bigger than the other.

Business grew by word of mouth, but Shoes of Prey also gifted YouTube stars like Blair Fowler. Sales boomed, with the US and Australia the biggest markets, though sales came in from Germany, Japan, the UK and beyond, Fox said.

Early on, Fox said Shoes of Prey was inundated with queries from investors.

“I like to back companies that are solving hard problems, and manufacturing customised shoes on-demand in a way that was affordable for customers was one of the hardest in retail,” said Elaine Stead, the investment director at Blue Sky Ventures, which invested in Shoes of Prey in 2015.

As BoF reported at the time, these cash injections enabled Shoes of Prey to expand its customisation model.  It opened its own factory in Southern China, and opened boutiques inside six Nordstrom stores (the Seattle-based chain participated in the 2015 investment round).

The capital came with strings attached, however. The start-up used its funding to chase a high growth rate, at the expense of profitability. It invested heavily in hiring and marketing. Soon, Shoes of Prey was spending more than it was making, and when sales didn’t scale along with the company’s increasingly global footprint, cash started to run out.

“With the benefit of hindsight we could have stuck with our passionate customisation niche, and we probably could have built a profitable $20 to $50 million-a-year business,” Michael Fox said in an email. “A business focused on that small a niche shouldn’t be venture backed, it should be built more slowly and profitably. In hindsight, we should have stuck with that path.”

Selling via wholesale also came with costs. Nordstrom took commission and charged rental fees for space inside its stores. Fox said her brand also needed to hire its own retail staff, out of concern that Nordstrom salespeople who worked off of commission would steer customers away from the time-consuming process of customising shoes. Nordstrom did not respond for comment.

The start-up bled through funding, and the boutiques were shuttered in late 2016.

Fox said Shoes of Prey pivoted to a direct-to-consumer model and focused on e-commerce. But the team found that its shoes were not catching on with a mass audience.

“We learned the hard way that mass-market customers don’t want to create, they want to be inspired and shown what to wear,” Michael Fox wrote in a Medium post in March. “They want to see the latest trends, what celebrities and Instagram influencers are wearing and they want to wear exactly that.”

We learned the hard way that mass-market customers don’t want to create, they want to be inspired and shown what to wear.

“It had a loyal global customer base, and a backable team but the VC market trades on confidence,” Stead said. “In the end, the company’s efforts were simply too little, too late.”

With losses mounting in 2017, Jodie Fox said Shoes of Prey was exploring other options to achieve profitability, including manufacturing custom products for other retailers. That proved to be expensive, given the cost per shoe, plus the expense of running its factory.

With the company relying on weekly revenue to stay open, Fox decided to liquidate the Shoes of Prey (Fox’s two co-founders exited earlier).

Now that Shoes of Prey has closed, Fox said she better understands the limits of the personalisation model that seemed so promising in 2009.

The founders believed customisation would be the future of fashion. In some ways, they were right. Today, brands like Gucci and Nike let customers apply DIY designs to products. But what the start-up’s founders didn’t realise was that customisation works best as an addition to a product, and not the main attraction.

In a blog post dissecting its demise, professors from the Swinburne University of Technology in Melbourne, Australia wrote that Shoes of Prey had been hit by “the paradox of choice,” a term coined in 2004 that explains why more choices lead to consumer anxiety.

Michael Fox, who is launching a plant-based meat product in Australia, told BoF that entrepreneurs need to be fluent in their product’s market before launching.

“We couldn’t actually see how customers behaved with it,” he said. “It wasn’t until we built a factory to speed up lead times and lower retail prices, and invested in our shoe design experience that we realised she didn’t want to customise. In the future, I’ll do everything I can to ensure I have the value proposition right before I go and build the infrastructure.”

“You need guts to admit something is wrong, and that isn’t right; we should be having all conversations, even when things get tough,” she said. “We like to admire businesses without actually talking about the profits they are making and their weakness, and that doesn’t give us a sense of reality.”

Fox added that her experience inspired her to push back against the blatant sexism in the business world. Investors told her she came across as “fake” and unlikeable, and she said this is a criticism that men in business rarely receive. Fox said it’s important to speak out against investors who act flirtatious; after one man commented on her appearance during a business meeting in 2016, she made a YouTube video to discuss the situation female entrepreneurs commonly face.

Stead called the failure of Shoes of Prey “devastating,” but admitted it comes with the territory when backing start-ups. She said a key lesson from Shoes of Prey is for start-ups to be ready to change quickly and radically if things start to go wrong.

“[You need] to be agile enough to change the plan when it’s not working,” Stead said.