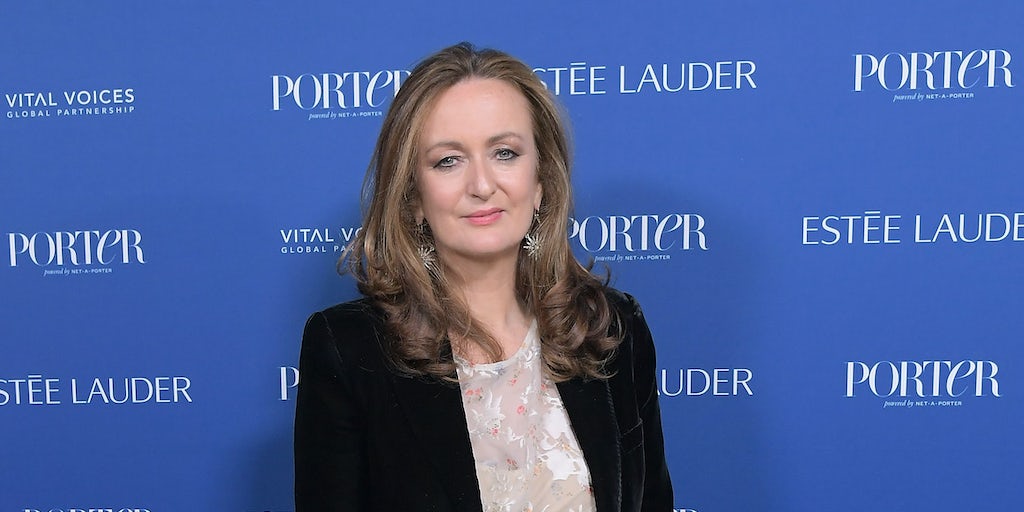 LONDON, United Kingdom — Lucy Yeomans, the founding editor-in-chief of Net-a-Porter’s magazine Porter, is exiting the company after seven years to pursue new projects. The departure was announced internally on Monday, according to sources with knowledge of the business, and confirmed by a representative for Net-a-Porter.

Luxury e-commerce site Net-a-Porter, a subsidiary of Richemont’s Yoox Net-a-Porter Group (YNAP), has been rethinking its approach to content and publishing since at least last summer but is not expected to shutter the title.

Sarah Bailey will become Porter’s acting editor-in-chief following the departure of Yeomans, who was also Net-a-Porter’s global content director, overseeing digital editorial products alongside print. (While Yeomans ran both print and digital separately since 2013, the two staffs merged into one in 2018.)

It’s unclear if a permanent replacement for Yeomans will be named. Bailey joined Porter as executive brand editor in 2017 and was tasked with building an events programme. She was previously editor-in-chief at Red magazine.

Porter magazine launched in 2014, one year before Net-a-Porter merged with Italian competitor Yoox to create YNAP. Last year, its largest shareholder Richemont took full control of the company, at which point YNAP was valued at about €5 billion.

Yeomans’ departure announcement comes just weeks after that of Tess Macleod Smith, the vice president of publishing and media at Net-a-Porter, who is planning to leave the company in February. She was also a part of Porter since its launch.

When Yeomans joined Net-a-Porter in 2012, hired by founder Natalie Massenet, the appointment marked one of the industry’s most high profile jumps from traditional publishing to branded content. She was previously the editor-in-chief at Harper’s Bazaar UK. (Massenet left Net-a-Porter in 2015.)

Porter publishes a print magazine six times a year. New content is published online every day. The Edit, a weekly digital magazine, predates the print product and is said to drive significant sales. While Porter features fashion available to shop on Net-a-Porter, it has also become known for its high-profile celebrity cover stories.

Net-a-Porter’s decision to launch a magazine initially raised questions about the boundaries between retail and editorial. But in recent years, the line between “church and state” has eroded further in traditional media through branded content and content designed to generate affiliate revenue from e-commerce sales. Meanwhile, the perceived success of new “contextual commerce” players such as Goop — the Gwyneth Paltrow lifestyle and wellness newsletter-turned-e-commerce player, which launched a magazine in 2017 — indicated that Porter’s approach to content had legs.

In a competitive luxury e-commerce market — where capital-rich players like MatchesFashion and Farfetch are racing to capture international consumer loyalty — content that attracts and keeps shoppers engaged has become increasingly important.

Digital marketing is more expensive as more brands fight for consumer eyeballs, and earned media is harder to garner in a paid influencer-heavy market, so brands and retailers are putting more resources towards developing in-house publications that attract readers on their own merit.

“I have enjoyed the most wonderful six and half years at Net-a-Porter and am incredibly proud of all that that has been achieved by my team and I during this time,” said Yeomans in a statement. “As Porter hits its five-year anniversary milestone, it feels like the perfect time to take on an exciting new challenge.”

“Lucy has been a driving force behind the development of our pioneering content and has built Porter into an award-winning, world-renowned proposition,” said Alison Loehnis, president of Net-a-Porter and Mr Porter, in a statement. “I have loved working with her and would like to express my sincere thanks to Lucy for her passion, creativity and commitment and wish her every success in her next venture.”

Inside Net-a-Porter’s Strategy for ‘Porter’ Magazine