LONDON, United Kingdom — LVMH’s shuffling of its pack of menswear designers this month read like the plot of a soap opera, with Virgil Abloh replacing Kim Jones at Louis Vuitton, Kim Jones replacing Kris Van Assche at Dior, and Kris Van Assche replacing Haider Ackermann at Berluti. Across the Channel at Burberry, LVMH graduate Riccardo Tisci was re-united with Marco Gobbetti with expectations riding high that the duo would re-create the rock ‘n’ roll magic that had propelled Givenchy into the twenty-first century.

Prada announced it had emerged from a four-year slump in sales in the second half of 2017 and that sales were continuing to trend upwards. New products, the Chinese market as well as partnerships with e-commerce retailers all helped the company come out of a “grey area.”

Hermès confirmed it had broken yet another record with an operating margin for 2017 approaching 35 percent. The French luxury group confirmed that Asian consumers were back in force and that 2018 was looking good so far.

News from the Swiss watch sector was also positive: Swiss watch exports were up 13 percent in the first two months of the year, with Hong Kong and China both rising around 30 percent. Swatch announced strong first quarter results and confirmed a positive outlook on 2018.

Elsewhere a few of our Italian stocks continued to struggle: Ferragamo had to fend off suggestions that the company was in play further to a profit warning last year, the departure of its chief executive last month and the announcement that 2017 EBITDA fell by 23 percent. Safilo’s 2017 results were covered in red ink, with EBITDA halving and net debt almost tripling. Tod’s posted a 9 percent drop in 2017 EBITDA but announced that its new strategy, focused on more collections and classic looks, would deliver results in the near future.

The most talked about conscious uncoupling this year was finally confirmed this month: Stella McCartney agreed a buy back of her brand from Kering to become fully independent. Other deals this month included the acquisition of Richemont-owned leather goods label Lancel by Italian travel goods company Piquadro, and the acquisition of a 52 percent stake in Austrian tights company Wolford by Chinese conglomerate, and recent majority investor in Lanvin, Fosun. Fosun is expected to follow through with an offer for the rest of Wolford. Finally, Luxottica acquired a 67 percent stake in a Japanese frame manufacturer Fukui Megane.

For the first time in almost a year, the Savigny Luxury Index (“SLI”) and MSCI moved in opposite directions, resulting in a solid outperformance of over 5 percent for the SLI. Good news, specifically from Prada and Hermès, prompted a mini-rally with the SLI ending the month over 3 percent up. Trump’s first shot in the current trade war with China had other investors running for cover, resulting in a 2 percent fall in the MSCI. 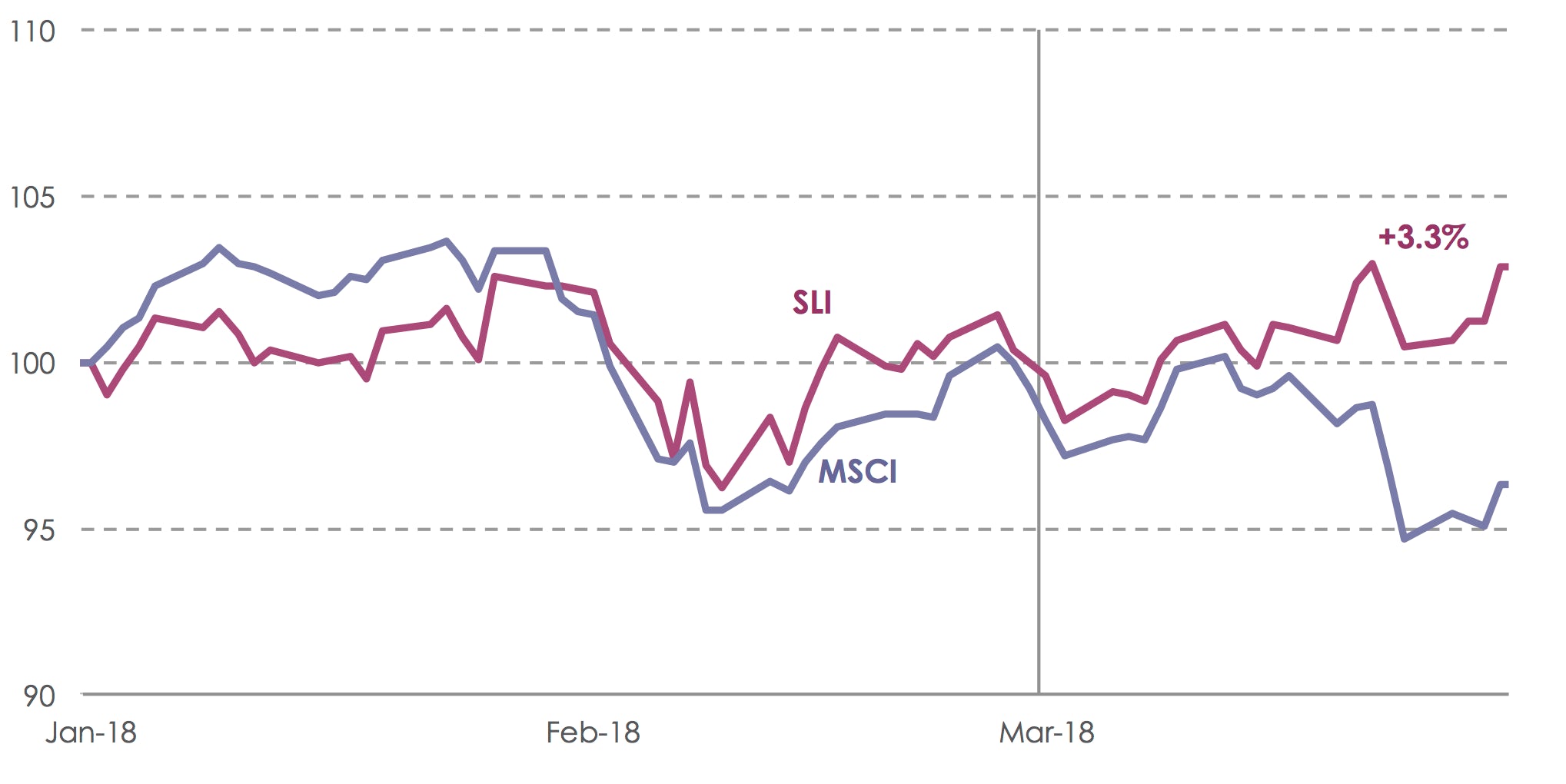 Leather goods are back with a vengeance, having contributed to many a luxury brand’s successful results in 2017. Louis Vuitton is opening a new workshop in France in July, to be followed by another in 2019 and one more in 2020, having already opened one last year after a six-year hiatus. Hermès is also planning to open several new leather goods workshops in France by 2020. This is great news for the leather industry but flies in the face of a growing vegan trend. So far Stella McCartney has been luxury’s only flag bearer of vegetarian and ethical fashion but she’s started something and millennials are listening. There are alternatives to leather coming out of the woodwork, such as alter nappa or processed apple peel – it will be fascinating to see how fast the luxury goods sector adapts to this small but increasingly vocal movement. 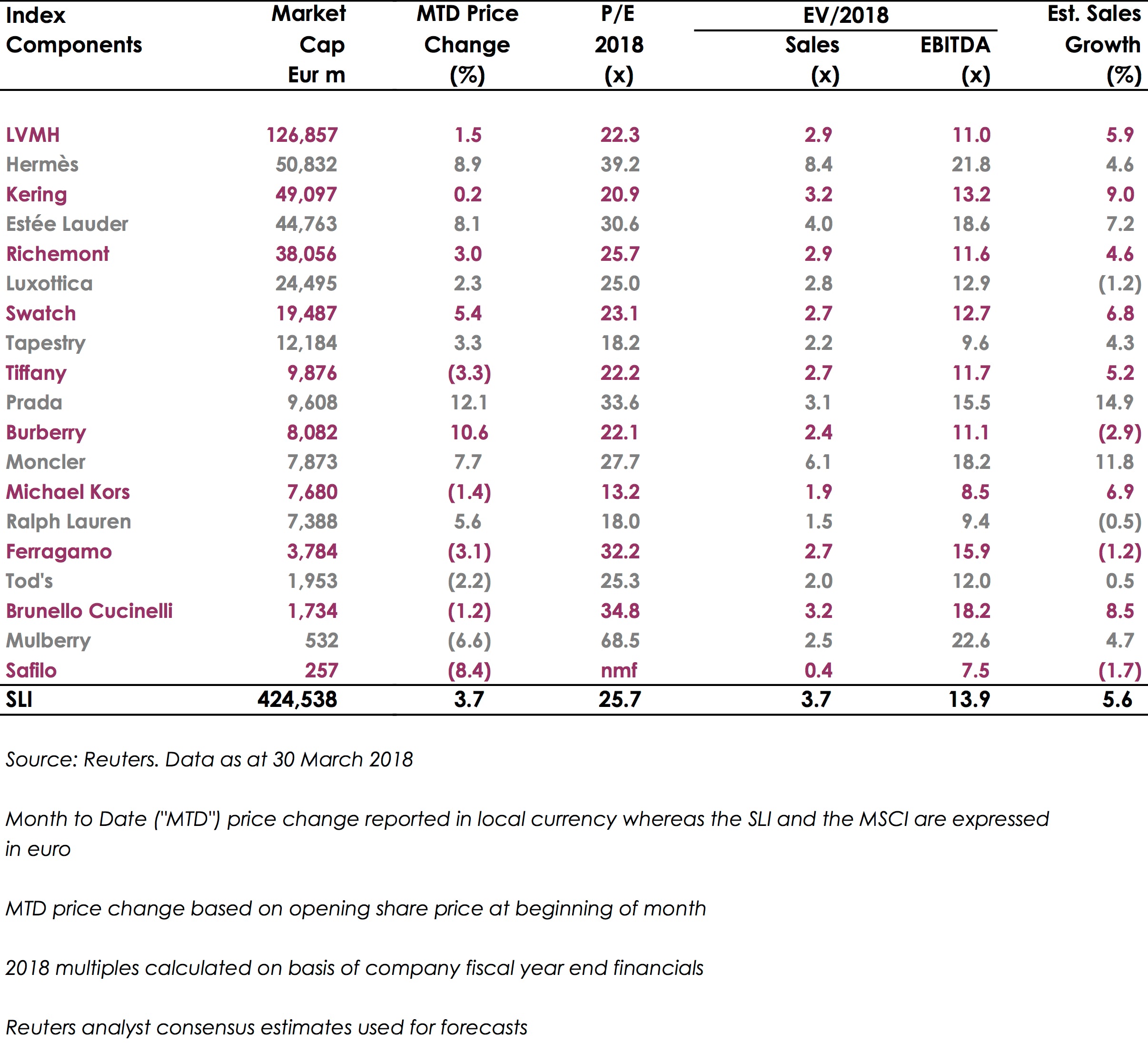