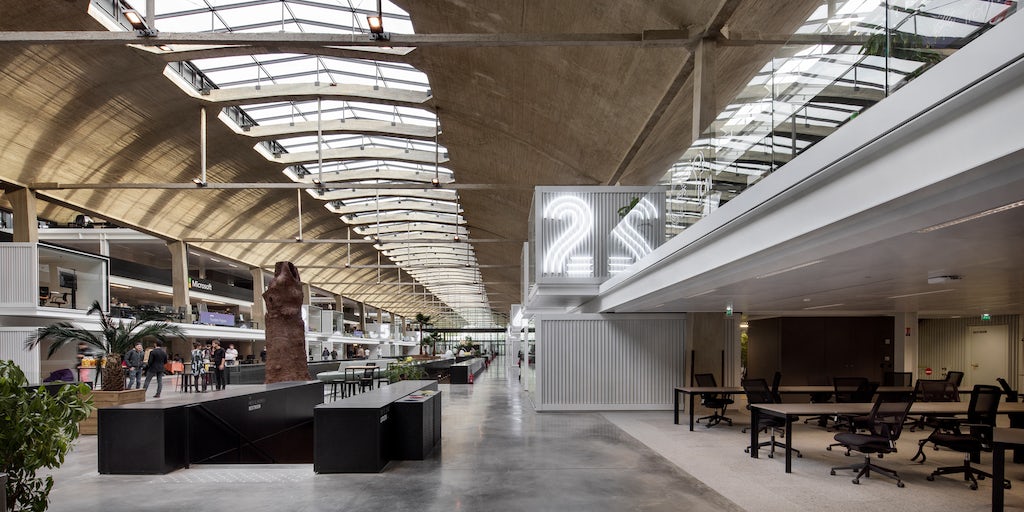 PARIS, France — France’s LVMH is fostering projects by entrepreneurs in the luxury goods sector, including a start-up working with silkworms on new materials and another whose software might help detect counterfeits.

The Louis Vuitton owner on Monday unveiled a Paris-based startup programme, which aims to support some 50 businesses a year by hosting them in a mega-campus where they can collaborate with its brands.

LVMH, the world’s biggest luxury goods group, is following in the footsteps of French cosmetics giant L’Oréal in grabbing a corner of Station F, a vast startup incubator in Paris where it offers rent-free space to the startups.

“The idea is to animate and activate those conversations around the things that might affect the luxury industry,” said Ian Rogers, a former Apple music executive who joined LVMH in 2015 as chief digital officer.

LVMH was for now concentrating its start-up efforts on the French capital, Rogers added. “It’s our home, and it’s in a unique moment right now,” he said.

Station F was launched last year by French billionaire Xavier Niel, who is also the partner of Delphine Arnault, an executive at Vuitton and daughter of LVMH boss Bernard Arnault.

Luxury and beauty firms are increasingly interested in tech projects, as they do more business online and use apps that allow customers to try out products, and many are investing in new fabrics or connected objects too.

LVMH, which also owns fashion label Christian Dior and champagne house Moët & Chandon, did not disclose how much it was spending on Its Station F venture, which kicked off in November but was formally unveiled on Monday.

Rogers did not rule out that LVMH or its venture capital arm could invest in some of the startups later on, though said there were no immediate plans to support the firms financially.

Many of the start-ups have already had some contact with LVMH or other luxury brands but want to grow their reach.

Clara Hardy, co-founder of Sericyne, which has patented a new technique allowing silkworms to spin shapes onto moulds, said the firm had designed decorative watch faces using the material, for instance, and had more projects in the works.

“Our business still has a lot of commercial development to do,” said Hardy, 28.