PARIS, France— Building a ready-to-wear brand wasn’t part of the plan when former Daft Punk manager Gildas Loaëc and architect Masaya Kuroki launched Maison Kitsuné as an independent record label in 2002. But having grown slowly and organically to encompass fashion and lifestyle, the company is gearing up for a more aggressive push into ready-to-wear with the appointment of Yuni Ahn as its creative director.

Ahn joins Maison Kitsuné from Celine where she was design director under Phoebe Philo, overseeing the design of pre-collections and ready-to-wear at the French luxury house. Prior, she worked at Stella McCartney, Chloé and Miu Miu. It marks the first time the music-born brand is hiring for this position, with co-founders Loaëc and Kuroki having previously been joint creative directors. 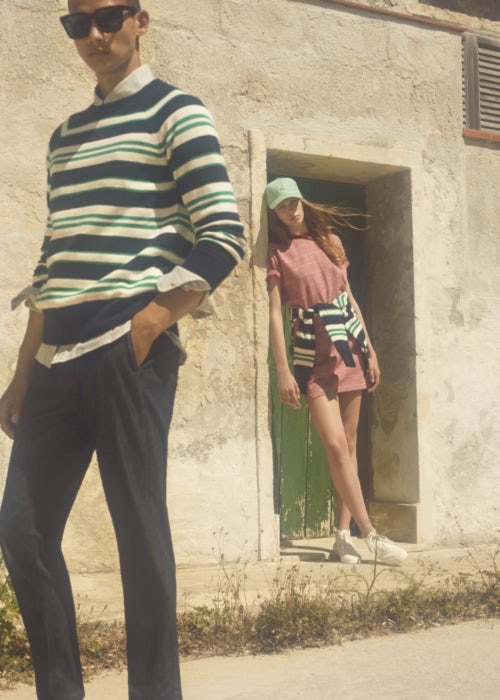 The designer will present her first collection for Maison Kitsuné at Paris Fashion Week in January 2019 — a major milestone for the brand, which currently generates over 40 million euros in annual revenue. Kitsuné’s ready-to-wear line, which launched in 2005, now drives 90 percent of revenue, while its music label and food offering Café Kitsuné account for 5 percent each.

Ahn said the new collection, which is aimed at a more fashion-forward, sophisticated clientele, will incorporate strong silhouettes with an emphasis on wearable functionality through high-quality fabrics and finish. “I am trying to focus on products that perform well with the right codes so that you feel a particular vibe that feels modern,” she told BoF.

According to Loaëc, who is also chief executive, Maison Kitsuné is focused on building up its in-house atelier and Ahn is the first major addition. Larger scale distribution and an increased number of doors require a strong product base, he said. “It is very important that we invest into the creativity and the savoir-faire in order to not disappoint all those new customers.”

The company currently operates 17 monobrand fashion stores in Paris, New York, Tokyo, Kyoto, Osaka, Hong Kong and Honolulu, and the line is carried at over 400 stockists, including Mr Porter, MatchesFashion and Lane Crawford. Looking ahead, store launches are planned in Korea, Indonesia, Taiwan and Mainland China, where it plans to open over 50 stores in the next four years with the help of a local partner.

Ahn is the not first of Philo’s old team to have been poached by other fashion houses. Bottega Veneta appointed former Celine ready-to-wear director Daniel Lee as creative director this summer, while Mulberry’s creative director Johnny Coca was previously head of accessories at Celine.

How Kitsuné Cultivated a Loyal Fashion Fanbase Through Music