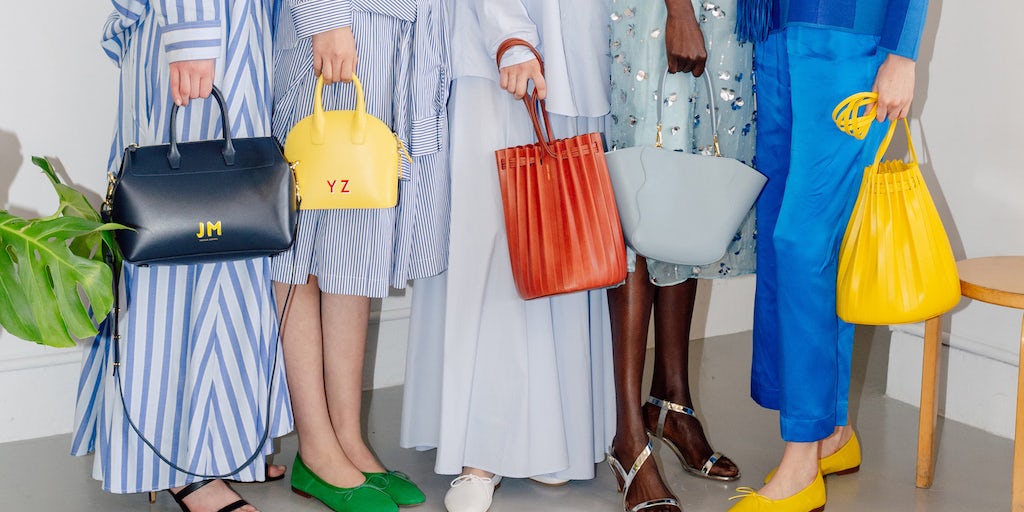 The terms of the deal were not disclosed, although founders and creative directors Rachel Mansur and Floriana Gavriel are slated to continue with the company and will remain shareholders. Isabelle Fevrier, who most recently led the accessories business at Ralph Lauren, is joining as chief executive. President Shira Sue Carmi, who was appointed in 2017 as the company was ramping up to scale, will exit at the end of the month.

Mansur Gavriel was founded in 2012, quickly gaining notoriety for its dual-coloured bucket bag, which offered a designer aesthetic at an aspirational price. Dubbed the “first post-recession It-bag,” Mansur and Gavriel’s design — enrobed in a Millennial-pink box, with a minimalist logo that has been frequently copied — became popular across the globe, with prime positioning in key stockists including Colette and Dover Street Market.

The success of the bucket bag allowed industry novices Mansur and Gavriel, who took more than two years to develop their first prototypes, to be picky about retail partners while launching new categories at a fairly rapid pace. Along with handbags, they now sell shoes, clothing and menswear. While none of the brand’s newer products have hit editorially in the way the initial bag did, the designers have seen other commercial successes, including their take on the traditional ballet flat.

In 2018, BoF learned that the self-financed company was entertaining inbound offers from both strategic players and private equity firms in hopes of shifting more of the business to direct retail. In 2016, the brand opened its first store in New York’s Soho neighbourhood, followed by a temporary Upper East Side location and another permanent one on Melrose Place in Los Angeles.

Moving a primarily wholesale business direct-to-consumer is expensive, and partnering with a private equity firm typically offers a brand the opportunity to scale more quickly. As a private company, Mansur Gavriel does not disclose revenue figures, although GF Capital typically commits $15 to $50 million to companies with enterprise values between $20 and $150 million.

Mansur Gavriel declined to immediately share future plans, but an owner like GF Capital — which also has stakes in Oscar de la Renta and Mark Cross — would likely support in opening new stores and further developing online commerce. Most private equity firms desire a three-to-five year return on investment. Often, a successful brand with more room to grow then sells to a strategic group.

Mansur Gavriel’s 4 Tips for Success as a Fashion Entrepreneur

How Mansur Gavriel Created the First Post-Recession It Bag