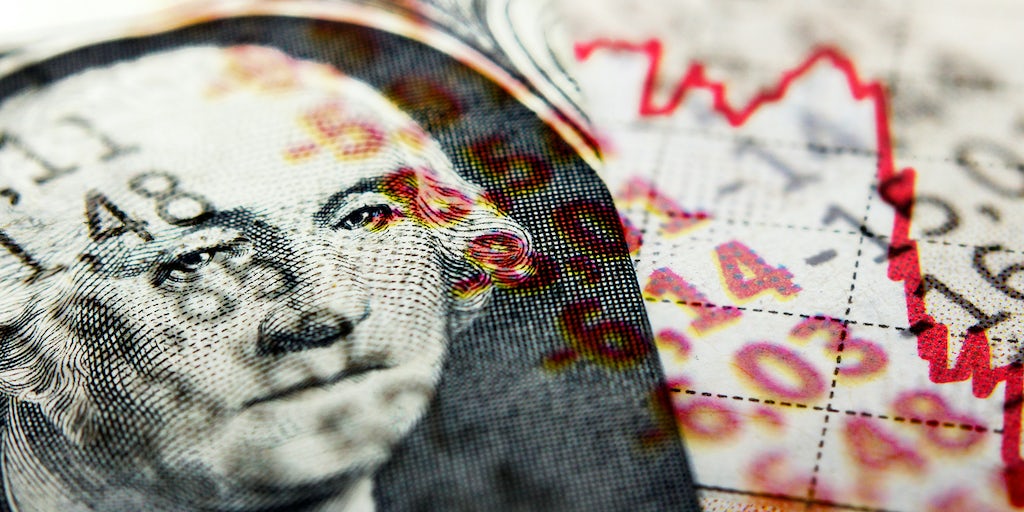 Stocks and commodities tumbled in Europe and the United States as risk-averse investors raced to the safety of government bonds, pushing bond prices sharply higher and yields — which move in the opposite direction — to low levels not seen in years.

The drop reflected a rapid shift in sentiment, coming just a day after the market posted solid gains on Tuesday. That 1.5 percent gain had been driven by the White House decision to narrow the scope of the next round of tariffs on China to spare American consumers during the holiday shopping season.

But there is increasing evidence that the fight between the two largest economies over trade, technology and economic dominance has already done significant damage to the world economy.

Earlier Wednesday, the German government reported that the country’s economy shrank in the quarter that ended in June. The German economy, the eurozone’s largest, has been particularly vulnerable to the trade war between the United States and China because of Germany’s dependence on manufacturing and exports. A second consecutive quarter of decline would mean Germany was in a recession.

In China, a variety of macroeconomic indicators published overnight showed that its economy continues to lose steam as the trade war drags on. Chinese industrial production slowed more than expected, falling to 4.8 percent in July, the lowest level since 2002. Investment growth and retail sales also slowed.

The economic updates added to the increasingly ugly conditions in the global industrial economy. Closely watched surveys of activity among industrial purchasing managers now suggest that manufacturing economies in China, Japan, Germany and Britain — the second-, third-, fourth- and fifth-largest economies in the world — are all contracting.

And prices for important industrial raw materials such as aluminium, copper and steel have fallen, confirming deep weakness in the industrial sector and crimping the profits of the companies that produce them.

Major industrial firms around the world have likewise reported a consistent story of softening demand, stressed that they are taking a cautious approach to the rest of the year.

In recent weeks, signs of the global industrial slowdown have also arrived in corporate earnings reports in the United States. Second-quarter profits for companies in the S&P 500 are set to contract 0.7 percent from a year ago, according to the data provider FactSet. If that figure holds — and more than 90 percent of the companies in the index have reported — it will mark the second straight quarter that earnings have declined.

The industrial sector of the S&P fared poorly, with earnings falling 10 percent compared with last year. The slide in profits was also most pronounced among those companies with the greatest exposure to the global economy and trade.

Investors were intensely attuned Wednesday to downbeat economic signals on the American economy coming from the bond market. Yields on long-term United States Treasury securities continue to plumb lows not seen in recent years. The yield on the benchmark 10-year Treasury note fell to 1.58 percent, a level it last reached in late 2016. The yield on the 30-year bond fell to 2.03 percent, the lowest level on record.

Bond yields are typically determined by investors’ expectations for economic growth and inflation, making their recent precipitous drop worrisome in themselves. But the drop in long-term yields also briefly pushed the yield on the 10-year note below that of the two-year Treasury note, an unusual situation known as an inversion of the yield curve. Yield-curve inversions are considered one of the most reliable leading indicators of recession in the United States, having preceded every economic decline in the past 60 years.

That phenomenon, when yields on long-term bonds fall below those on short-term bonds, had already occurred with some Treasury securities this year. But the inversion between two-year and 10-year notes, something that last occurred in 2007 as the American economy began to sputter into a severe recession, seemed to worry investors anew.

The recent return of market volatility has cut the gains enjoyed by investors this year. But those gains are still significant. The S&P 500 remains up more than 13 percent in 2019.

This article originally appeared in The New York Times and was legally licensed through the NewsCred publisher network.