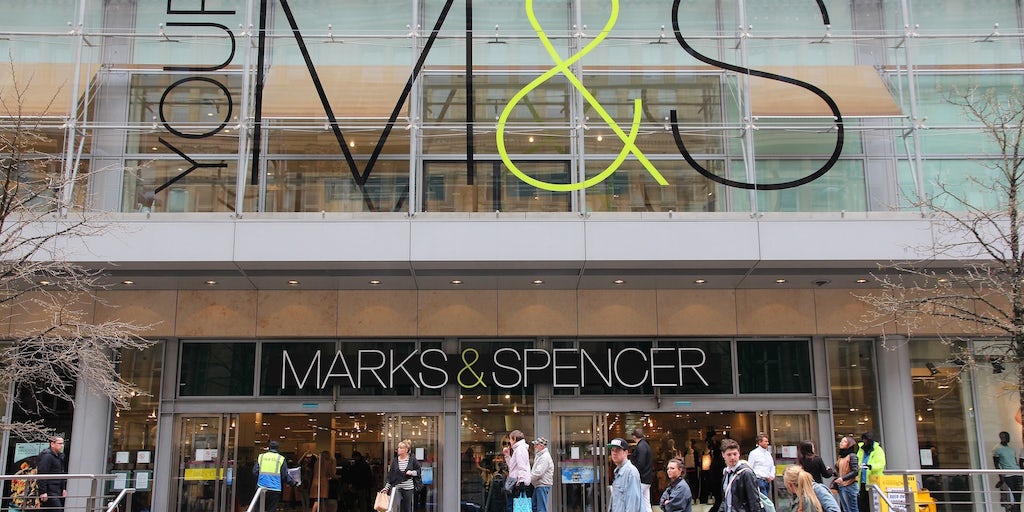 LONDON, United Kingdom — Marks & Spencer Group Plc said it’s outperforming its worst-case coronavirus scenario in a positive sign for a UK retailer that’s going through the latest of a series of turnaround programs.

When the outbreak spread to the UK, M&S said it anticipated that clothing and home sales would fall by 70 percent in the four months through July, with its food business dropping by 20 percent. Declines so far have been more modest overall, the company said Wednesday, as business has been helped by efforts to drive sales online and at food stores that remain open during the lockdown.

The shares rose as much as 6.7 percent in London.

M&S reacted quickly to the pandemic, canceling about £100 million ($122 million) of clothing and home orders. It scrapped its 2019 dividend and is unlikely to pay one in the current year while its lenders have relaxed covenant conditions on its main lending facility.

The retailer has been trying to turn around for at least the last decade. The strategy launched in 2016 aimed to close about 100 stores, generate more than a third of its revenue online, and double its food business within five years. Last year it bought a 50 percent share of Ocado Group Plc’s UK online grocery business.

M&S said a plan for its food products to replace those sold by the Waitrose chain from September is on track. It also plans to start selling clothing on Ocado.com in a bid to boost the ailing apparel business.

The pandemic has given M&S an opportunity to accelerate its turnaround “in a business with a history of slow cultural change,” Chief Executive Steve Rowe said on a call. The company has disbanded “numerous working groups, committees and elaborate management processes” in favour of a smaller top team that can make decisions faster, he said, and employees in stores and support centres are working more flexibly.

Wider strategic aims such as reducing its clothing range and working with a smaller set of suppliers have also been hastened by the crisis. M&S is renegotiating leases, but Rowe said there is no change in its plan to close as many as 120 stores.

Although clothing and home sales fell 75 percent in the six weeks through May 9, the company said, food sales were down only 8.8 percent. Clothing has started to recover, with online fashion and home sales up 20 percent in the latest three weeks. Top sellers include casual clothing and sports bras, but Rowe said he could “probably count the number of ties sold on one hand.”