MILAN, Italy — Though used and abused a zillion times, the face-off between the masculine and the feminine was a relevant theme again this season, especially in Milan, where designers explored either one side or the other, opting for juxtapositions instead of seeking out middle ground.

At Ermanno Scervino, womanly seduction and mannish sharpness have long been the parallel codes of the house, whose core business is tailoring — outerwear in particular — and womanly dresses. These tropes invariably come up season after season, following a path of theme and variation that can make things a little repetitive at times. Then again, Scervino is a place for wonderful product, not for seasonal fashion enlightenment. This time around, the collection felt particularly focused and sharp, with outstanding results. The tailoring was seductive, and the dresses were alluring, while glitter and sparkle kept it all together glamorously. The result was an energized Scervino. 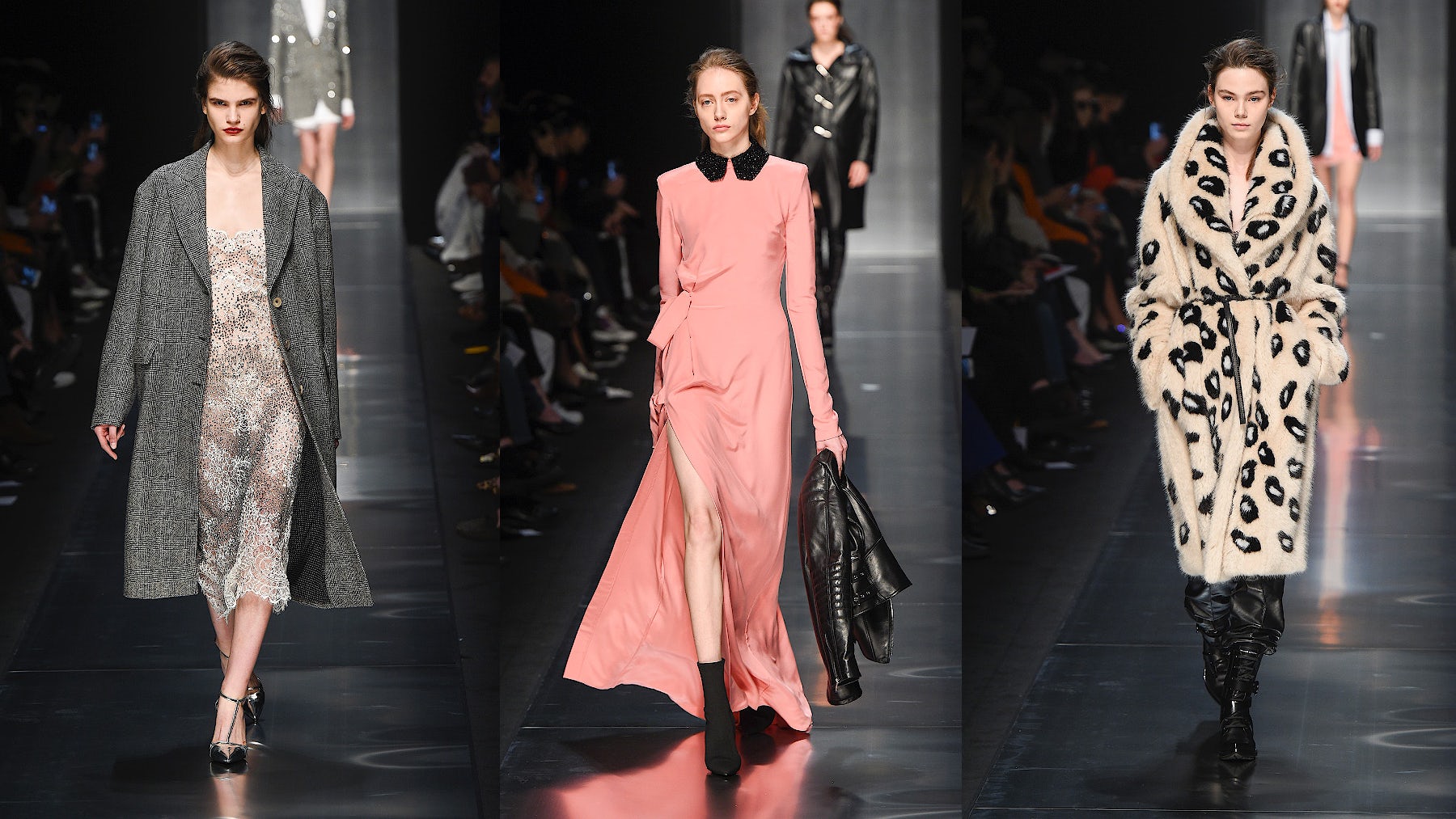 At Philosophy, Lorenzo Serafini stepped out of his romantic comfort zone once again to explore something tougher and sexier. Inspiration came from the ’90s — “the time when my interest in fashion sparked,” the designer stated backstage — as images pinned on the board clearly stated (Kate and Linda in a series of tearsheets from edgy glossies of the era). It translated into a masculine versus feminine collection of sharp tailoring (à la Helmut) and slipdresses (à la Calvin) with some Versace sass thrown in for good measure. It was fine, but honestly just fine. The operation, in fact, posed a question. For anyone with a fashion knowledge, many of the looks looked like carbon copies of the original inspirations, lacking interpretation and originality. Yet, given the fact that the millennial audience which Philosophy is targeting have little knowledge of fashion history, but plenty of hunger for vintage style, the choice was a smart one. Business-wise, at least. 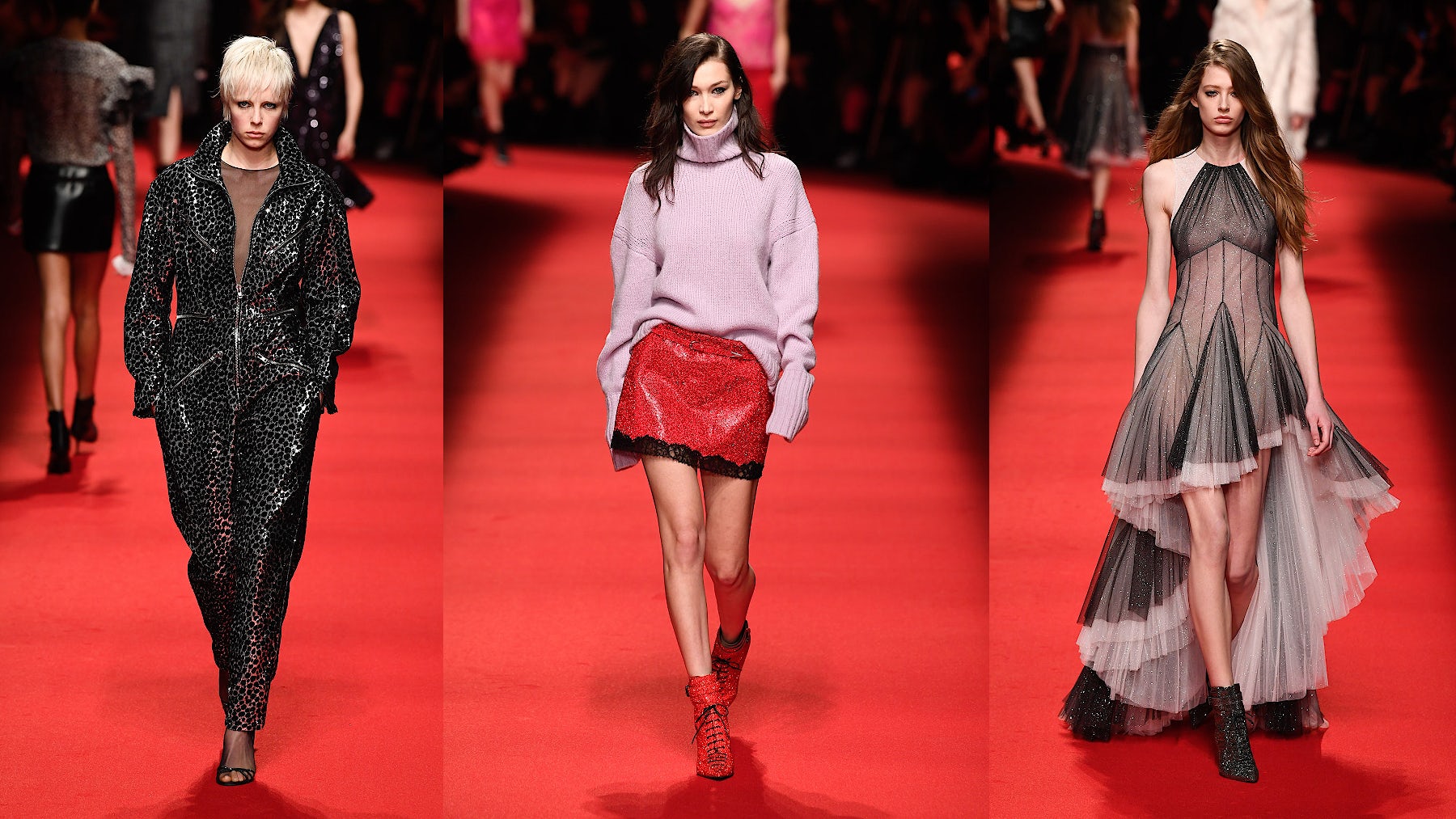