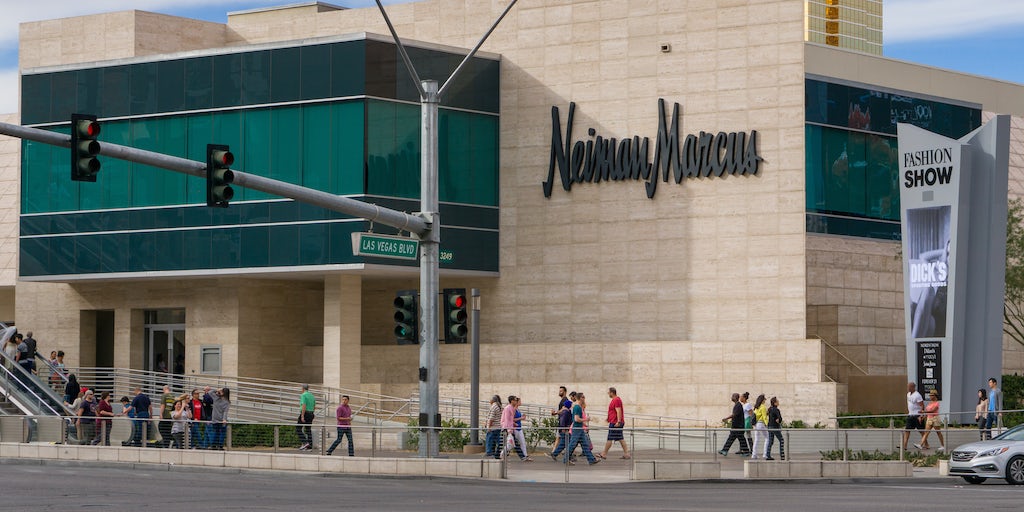 DALLAS, United States — Neiman Marcus Group Inc. is biting back at Marble Ridge Capital over claims that the retailer defaulted on debt agreements when it transferred the MyTheresa subsidiary beyond the reach of creditors.

Marble Ridge’s suit alleges that the shuffle of ecommerce unit MyTheresa constituted a “fraudulent transfer of assets totaling approximately $1 billion of value for no consideration,” according to a previous statement. The change means that Neiman’s creditors no longer have an equity claim to that asset backing their debt, analysts at Covenant Review have said.

Neiman denies all the claims brought forth by Marble Ridge, and says the firm made a series of false public statements with the intent to harm the company and for “other improper purposes.” The company’s stores are all profitable according to a key measure of earnings and Neiman has $620 million in liquidity, Neiman said in a statement sent to Bloomberg.

“To be clear, Neiman Marcus is not in default under any of its debt documents,” the company said in its filings. “Neiman Marcus likewise is not insolvent.”

Marble Ridge said the retailer is in financial distress and hasn’t been “fully transparent about its machinations, which are designed to line the pockets of Neiman’s management” and sponsors. The firm made its statements after concerns about Neiman’s financial condition had been raised in the public domain, it said.

Neiman Marcus is the latest retailer facing pushback over whether such transfers unfairly deprive creditors of claims on assets if a borrower needs to restructure. The allegations echo complaints against retailers including PetSmart Inc. and J. Crew Group Inc., which made changes to their capital structures in a way that complicated restructuring talks.

Neiman said Marble Ridge was invited to join two creditor groups who were engaged in negotiations to extend the retailer’s debt maturities. The retailer said Marble Ridge never responded to the request and didn’t join either group, the company said. Instead, the firm made its claims against the company in a public format in order to “manipulate” the price of Neiman’s debt and profit on its trades to “extort value” from the company, Neiman said in its suit.

Marble Ridge’s accusations created “noise” that damaged Neiman’s relationships with customer and business partners and caused subsequent downgrades of the company’s credit ratings by both Moody’s and S&P, it said. The retailer seeks to recover the so-called damages from the effect that the statements caused on the business and to dismiss the firm’s claims that it is operating under an event of default.