NEW YORK, United States — Because so many independent labels show at New York Fashion Week, there find many young business owners among the designers. Many of them are in their mid-30s, putting them in the highly scrutinised demographic cohort called “old Millennials,” or those born between 1980 and 1988 or so. Not quite Gen X and nowhere near Gen Z, they’re a hard-working bunch who lived at least some of their lives without the internet and were probably already working — or close to it — when the Great Recession began in 2008.

At 35, Jason Wu is a quintessential Old Millennial workhorse. Since founding his label in 2006, he has hustled, taking on multiple side jobs to help support his business, which hasn’t had the easiest time as of late. This season, he pared things back, merging his short-lived contemporary line Grey into his main collection, which will be showed by private appointment later this week. 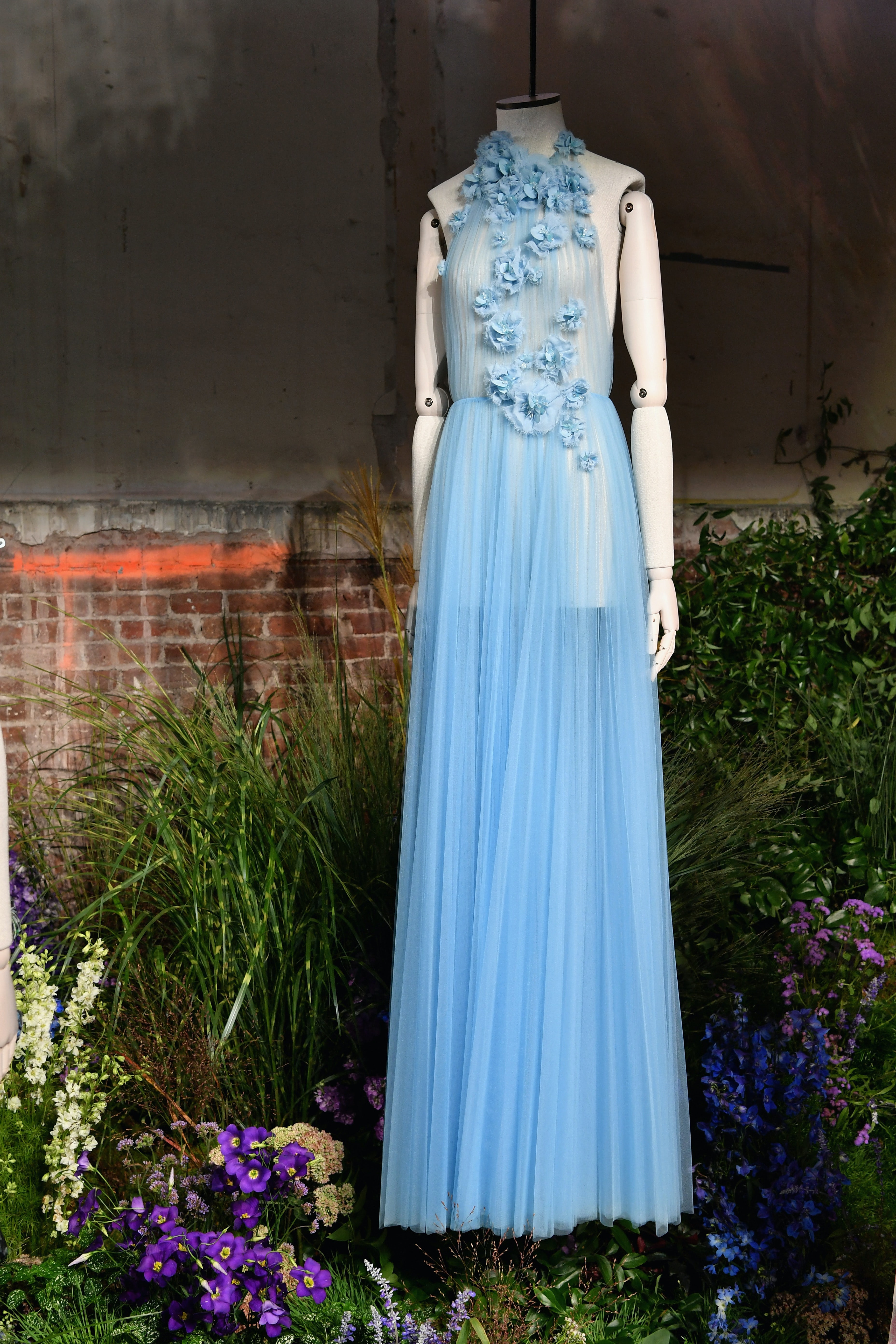 He also chose not to stage a runway show. (He says he’s taking two seasons off.) Instead, there was an installation on Friday in a Tribeca gallery for about a dozen pieces, created in a New York atelier. “I felt so fatigued after last season,” he said. “I needed to take some time to think about why I’m in fashion.”

The collection felt like a rumination on that question, recalling the techniques Wu has gone back to time and again: fragile tulles pleated in his specific, architectural style, delicate laces pulled out from his archives and piped into the edges of gowns, and bias-cut slips rendered in a grey menswear stripe. Each piece looked as if it had been designed for a specific customer.

But Wu isn’t simply running a business rooted in private clients. And the question is, where does he go from here? That was less clear. If this season was about better defining his brand’s core tenets, next season must be about moving them forward.

Later in the day, a bit further uptown, Monse design partners Laura Kim, 36, and Fernando Garcia, 31, had their own hustle going on. The pair do double duty running their own label and designing for Oscar de la Renta. Since taking on both roles, they’ve had a better handle on Monse, perhaps because there is less obligation to satisfy the expectations of others. 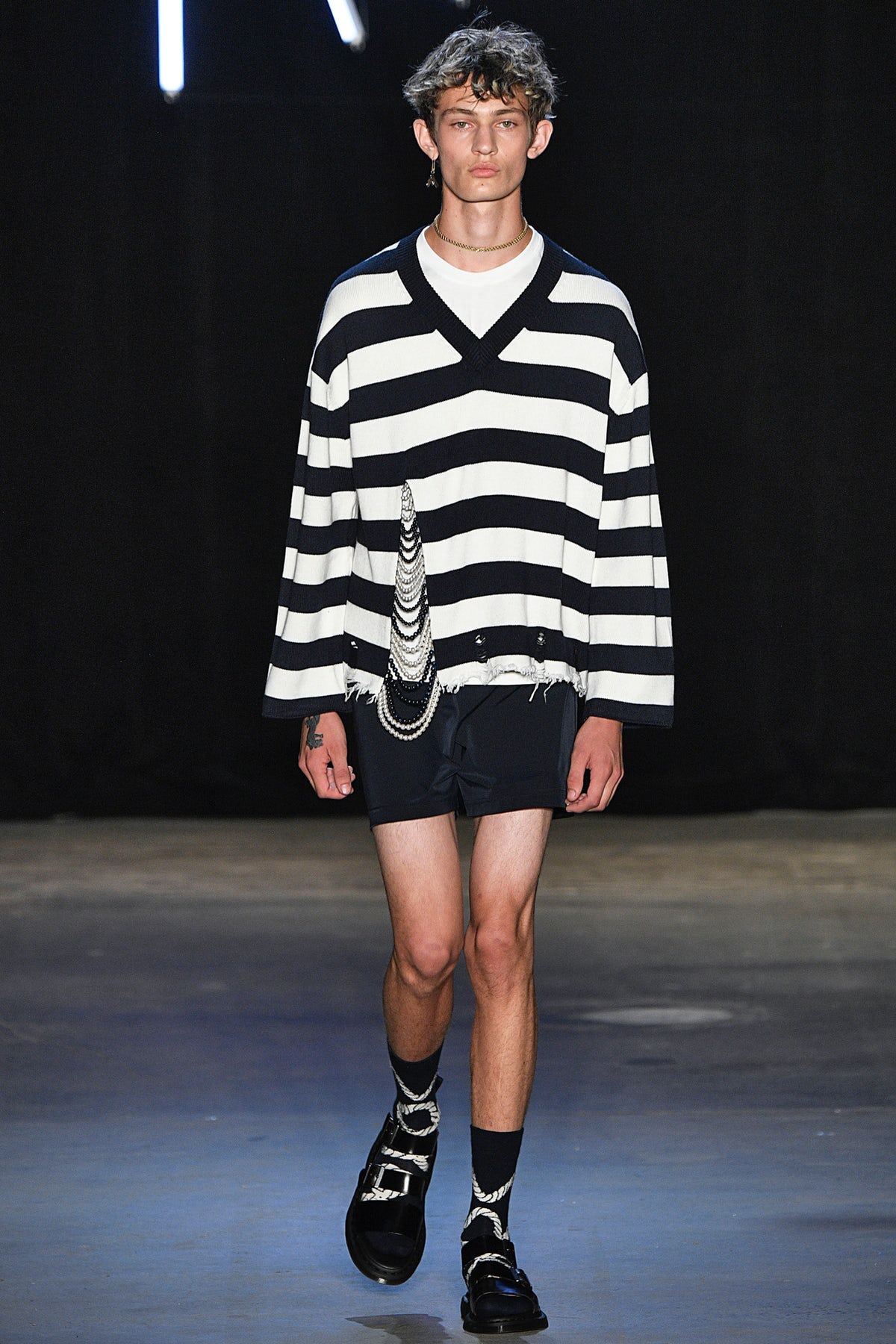 Whether you like Monse or not, Kim and Garcia have done a good job of creating a brand signature based on upside-down menswear tropes and the idea of flyaway flourishes, whether that’s a cut-open trouser leg, skirt hems sliced up into streamers or languidly bias-cut handkerchief dresses.

For spring, they supersized and deconstructed your grandmother’s houndstooth tweed jacket, pounding any stuffiness out of it. And they brought their male fans along for the ride. Over time, they’ve noticed that men often buy Monse pieces, using #manse to show them off on Instagram. So, this season, half of the models walking the runway were men. The clothes are unisex for now, but it’s a clever way to extend the brand without investing in new development. They’ve just hired an accessories designer to see if they can make a real push into handbags.

Brandon Maxwell, 33, has impressed the industry with his glamour and positivity. He designs Jessica Rabbit gowns that are dramatic and flattering. His models twirl their hips and purse their lips in the Pat Cleveland way. It’s all very sincere. This season, the Texas-bred designer went big — everything thing is big in Texas, right? — and the collection, which was designed in the West Texas art town of Marfa on a “self-imposed residence,” was all the better for it. 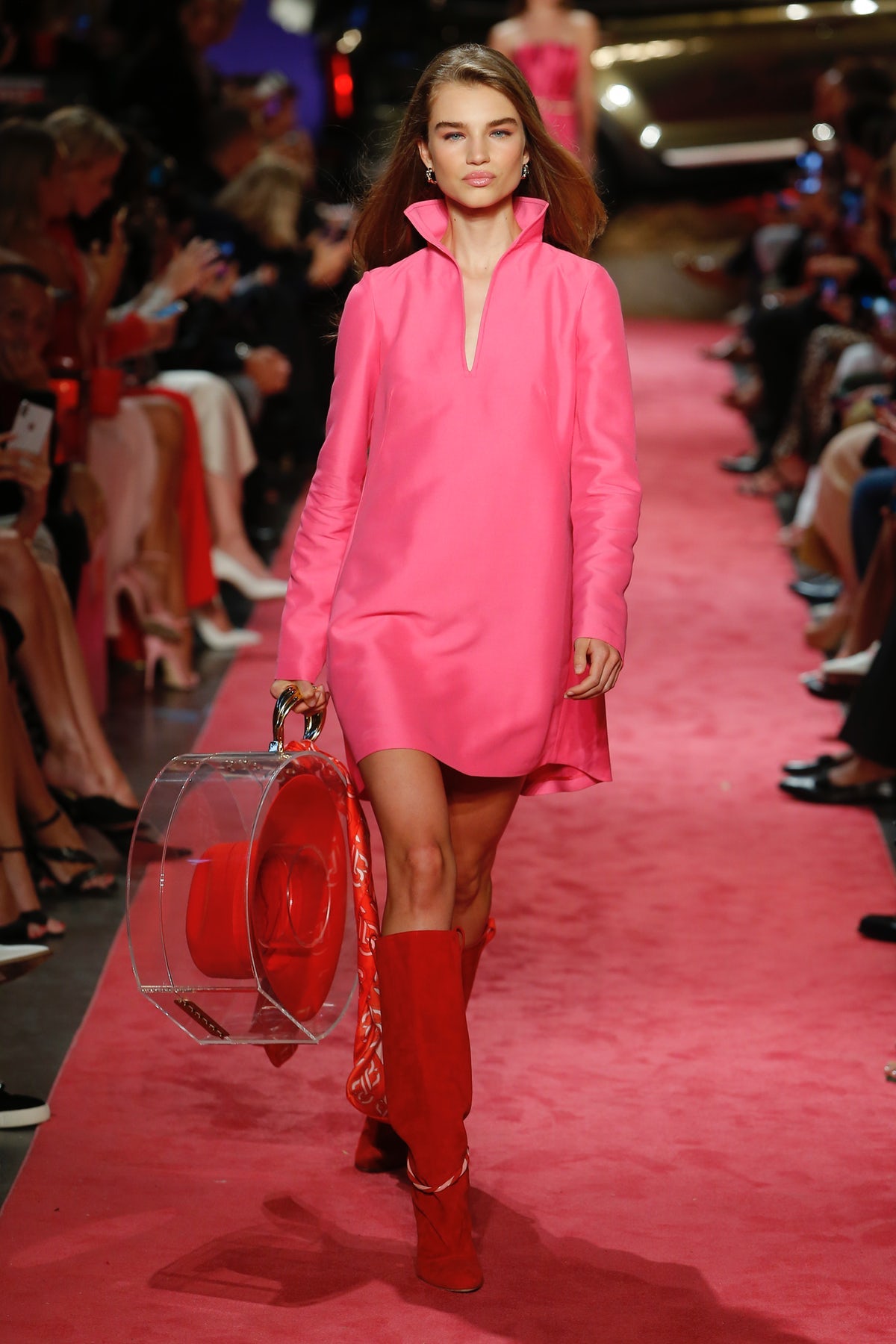 It’s surprising that more fashion designers don’t hail from the state, because many of the women there wear real fashion: to lunch, to galas, to house parties. In tribute to the Texas way of life, guests at Maxwell’s show this Saturday were seated on Yeti coolers and on the back of Kia pick-up trucks, with lights strung up like they would be at an outdoor barbecue joint. A little hokey, but charming. The tanned, beaming models, sporting Barbie blow outs and toting bottles of Champagne encased in Lucite box bags, were polished but never stiff as they glided down the runway to tunes of Dolly, Patsy and Selena.

The same could be said for a hammered silk pant-and-top set, or a peachy knit polo dress, or the snaky gold belts pulling together high-waist jeans and tulip-sleeve shifts. It was straight out of Dynasty, without the shoulder pads. “Before, when I was younger, I felt like I needed to do this very serious thing,” Maxwell said after the finale. “Mentally, it’s been a lot for me and I needed to go back to who I was.”