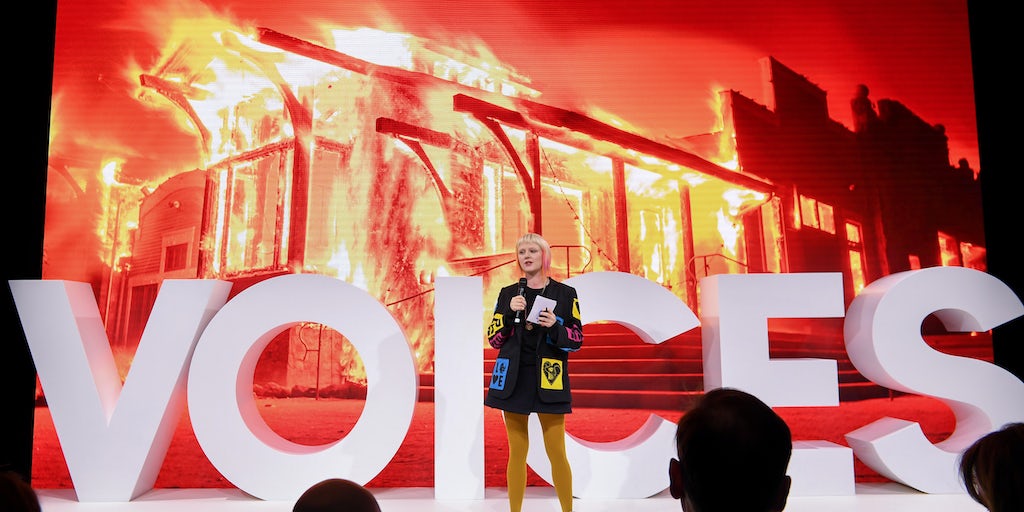 OXFORDSHIRE, United Kingdom —  Global movement Extinction Rebellion has unleashed a wave of peaceful protests. When Kelsey Juliana was 19, she and a group of her peers sued the US government for its decades of inaction against climate change.

BoF’s annual VOICES event kicked off on Thursday with a series of talks spotlighting the actions individuals and groups are taking in protest against indifference to climate change. In conversations that challenged the status quo, Extinction Rebellion’s Clare Farrell and Kelsey Juliana took aim at the industry and explained their hopes for the future.

“Everyone knows the fashion industry’s really, really bad,” Farrell told an audience of industry executives and creatives. “What is glamorous about living in a dying world, and what is fashion doing to the planet, and is it really worth it?”

Juliana, who started speaking out against climate change at age 10, had one message: every industry will be affected by the crisis, and everyone is responsible for avoiding a future in which no one can pursue what they love.

Alongside 20 other young plaintiffs, Juliana argues that America is failing her and her peers, violating their constitutional right to life, liberty, property and the vital natural resources now threatened by climate change.

What is glamorous about living in a dying world, and what is fashion doing to the planet, and is it really worth it?

Today, Juliana v. United States is just one of nearly 1,400 lawsuits against governments and fossil fuel companies in more than 25 countries in the fight against climate change, and has garnered thousands of supporters around the world.

“I’m 23 years old. For more than half my life I’ve been concerned with whether I’ll have a future, whether my children could exist — not whether they should but whether they have something to exist on or in,” Juliana said.

Change on the scale that the speakers are demanding is likely to be messy and painful, but even without all the answers, the rising wave of environmental protests are pushing the conversation forward.

“We need to start to have very grown-up, challenging conversations about how that works without knowing the answers,” Farrell said. “The one thing that I do know is that at the moment we’re looking at the perverse reality of saying that it would be better to give people near-term jobs in Bangladesh, even though we know it’s part of a system that will eventually put that country under water.”

Juliana ended on a note of hope.

To learn more about VOICES, BoF’s annual gathering for big thinkers, visit our VOICES website, where you can find all the details on our invitation-only global gathering.