AUSTIN, Texas – Fall fashion will soon hit magazines and stores, and there’s one product we’ll likely see a lot less of: animal fur. This disappearing act is a moral victory for us all. Today’s consumers increasingly prefer faux fur’s versatility and softness and want to align their values with their wardrobes like never before. As polling shows, a majority of people around the world want nothing to do with the fur trade – including Massachusetts, where a majority of consumers feel selling fur should be made illegal.

Last year, following fur-free announcements by YOOX Net-a-Porter Group and VF Corporation, Gucci shocked the fashion world by announcing that it is going fur-free. As Gucci’s chief executive rhetorically asked,“Do you think using furs today is still modern?” He continued: “I don’t think it’s still modern and that’s the reason why we decided not to do that. It’s a little bit outdated… Creativity can jump in many different directions instead of using furs.”

Since then, Versace, Furla, Michael Kors, Jimmy Choo, InStyle magazine, Rent the Runway, Columbia Sportswear and Donna Karan have all gone fur-free, and now Givenchy’s creative director Clare Waight Keller has moved the company to abandon the use of real fur. Countries like Norway (once the world’s top fur producer) and Belgium are distancing themselves from animal cruelty by banning fur farming.

Perhaps the biggest blow to the fur trade came in March when San Francisco joined Berkeley, West Hollywood, and São Paulo in banning the sale of fur within the city. The United Kingdom, which banned fur farming in 2000, is now looking to ban fur sales as well. Los Angeles is considering it too, which would make it the largest city in the United States to do so.

This is all welcome progress, considering the animal cruelty involved in fur production. On fur factory farms, wild animals can spend their entire lives in cramped cages, deprived of the ability to engage in natural behaviours — only to be crudely gassed or electrocuted. It’s also been well-documented that raccoon dogs, a species commonly used for fur-trim, have been skinned alive at Chinese fur markets. In the wild, animals are held in unforgiving steel-jaw leg-hold traps for days without food or water until trappers come to retrieve them. No matter where the animal fur comes from, pain and suffering are guaranteed.

Creativity can jump in many different directions instead of using furs.

Fur production is also environmentally toxic. Fur factory farms and tanneries are extremely harmful to our soil and waterways—pumping urine, faeces and harsh chemicals. The traps responsible for killing wild animals are indiscriminate, often maiming and killing non-target animals, like endangered species and even pets.

A piece of faux fur, in contrast, has about the same impact on the environment as the plush on a stuffed teddy bear; though the faux fur used in clothing is much more luxurious, it’s produced in similar ways, and both are much less damaging than the fur trade.

Beyond faux fur, technological advances will soon allow us to someday soon grow real fur in labs without the animals or environmental impacts. This is already happening with leather and meat — thanks in large part to investments from the meat industry itself. Tyson Foods, the largest meatpacker in the US, and Cargill, the world’s largest supplier of ground beef, are investing in lab-grown meat (called “clean meat”). The fur industry would be smart to invest in these types of advances as well.

Indeed, as fur-free becomes the norm for brands and retailers — and cities and countries pass legislation banning fur sales and imports — there is a huge opportunity for faux fur producers, fashion brands, environmentalists, animal advocates and even furriers to come together and innovate toward sustainable, animal-free materials.

With more and more consumers shunning the archaic system of skinning wild animals for their pelts, there is a real opportunity for the industry to adapt and grow and, in the process, create a fur-free future.

PJ Smith is senior manager of fashion policy for the Humane Society of the United States.

The views expressed in Op-Ed pieces are those of the author and do not necessarily reflect the views of The Business of Fashion.

Is Your ‘Faux Fur’ Really Fake?

Will Millennials Boost the Fur Trade?

Inside the Growing Global Fur Industry 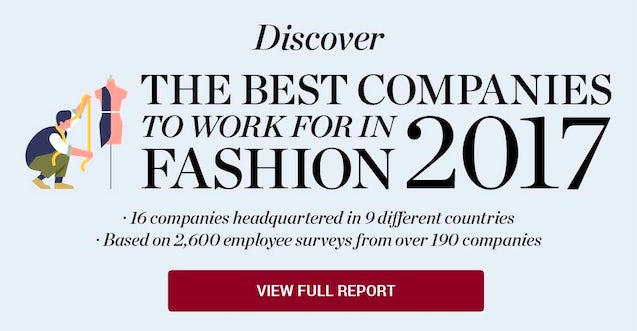