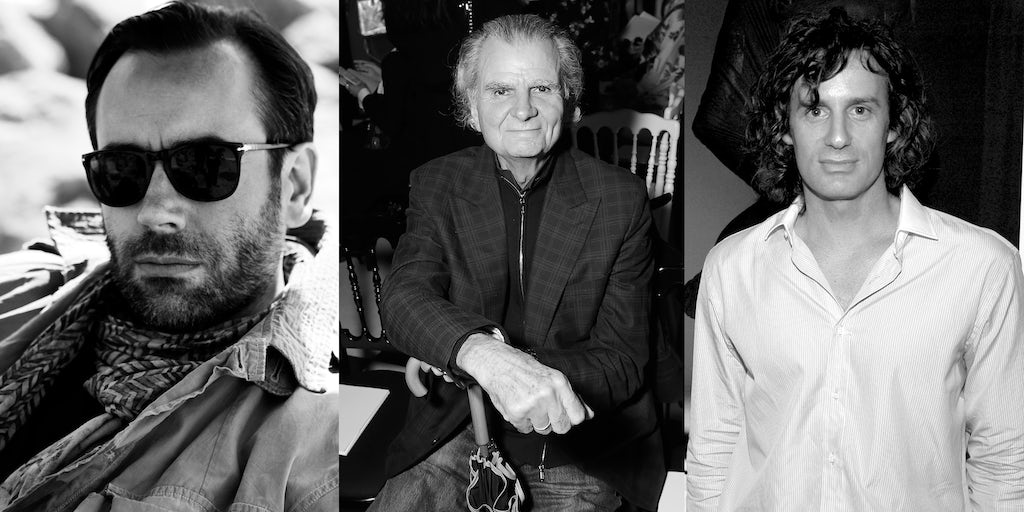 NEW YORK, United States — In the latest deep investigative report on sexual harassment to rock the fashion industry, The Boston Globe’s renowned Spotlight investigative team has unearthed disturbing and graphic allegations of assault by a long list of photographers and stylists, enabled by the models’ agents themselves.

More than 50 models spoke to the Spotlight Team about a range of sexual misconduct they experienced in and around the workplace, from touching to assault. The report published Friday, which will appear on the front page of the paper’s Sunday print edition, named photographers Patrick Demarchelier, David Bellemere, Greg Kadel, Andre Passos and Seth Sabal and stylist Karl Templer. Each person named in the article denies all the allegations of sexual assault or misconduct or said any sexual relationships were consensual. Others said “models may have misunderstood the touching and positioning that can be part of their jobs,” wrote the Globe.

The report compiled by the team, profiled in the 2015 award-winning film “Spotlight,” revealed a broken system in which models are told they are disposable and agents are loyal to lucrative contracts with brands. Models who speak up about abuse are told they will derail their careers. Agents are described as habitually giving models drugs and alcohol, withholding earnings and leading models into dangerous situations.

“Everyone knew the names of photographers making advances and using their power against young women,” Trudi Tapscott, a former agent for Elite Model Management and DNA Model Management, told the Globe.

The named offenders are established and highly influential gatekeepers in fashion. Patrick Demarchelier is one of the biggest names in fashion, known outside the industry as Princess Diana’s personal photographer. David Bellemere is a photographer for Elle and Marie Claire Italy. Greg Kadel is a photographer who has worked for Victoria’s Secret and Vogue. And Karl Templer, one of the most influential stylists in the industry, works with Coach, Zara, Moncler and Tommy Hilfiger. Photographers Andre Passos and Seth Sabal were also named.

Demarchelier is a frequent Vogue collaborator and a giant in fashion, alongside Mario Testino and Bruce Weber, who were the subject of a New York Times exposé in January.

The Globe’s sources also extended blame for the abuse to the highest levels of power in the industry, asserting that in October — after Cameron Russell launched a viral Instagram campaign (#myjobshouldnotincludeabuse), wherein models shared stories of misconduct and assault — one of Demarchelier’s former photo assistant wrote to Vogue editor-in-chief and Condé Nast artistic director Anna Wintour, about “relentless advances by Demarchelier beginning when she was a 19-year-old intern,” according to an e-mail reviewed by the Globe. She “urged Wintour to prevent Demarchelier from having access to other young women.” The Globe did not clarify if and how Wintour responded to the letter.

When asked for comment, Condé Nast told BoF what it told the Globe: the company stopped commissioning Demarchelier in December and communicated that to the photographer in early February. Demarchelier was apparently not aware of that on February 2, when he told the Boston Globe he continued to “shoot for everybody.”

Condé Nast has already stopped working with Terry Richardson, Mario Testino and Bruce Weber, and told the Globe that it would not work with Demarchelier “for the foreseeable future.”

Demarchelier told the Globe the allegations were “impossible” and that “people lie and they tell stories.”

Both Condé Nast and Victoria’s Secret also told the Globe they the organizations are no longer working with Greg Kadel. The Globe revealed accusations of misconduct against the former Victoria’s Secret photographer over the past dozen years.

Victoria’s Secret added that it is conducting a third-party investigation into the allegations. “We are a company that celebrates and serves women, so this behaviour could not be more contrary to who we are.”

A spokeswoman hired by Kadel told the Globe that the photographer “never sexually coerced or assaulted anyone in his life. As a creative professional for many years, Mr. Kadel has always accurately represented the intention or scope of his work and has always worked through a model’s agent and made sure that each model was fully aware and comfortable with the creative vision being pursued in any project before they signed on to participate.”

As for Bellemere, the Globe reports that his inappropriate behaviour was so well known that agents stopped sending models to the photographer years ago. But Victoria’s Secret only cut ties with him in 2016 after “several of its highly paid contract models, known as “Angels,” complained about his inappropriate touching and kissing.” Bellemere said Victoria’s Secret didn’t explain why it terminated the relationship.

“I’ve never been taking advantage [of models],” he said to the Globe. “This is not true. I’ve never done anything like this in my life.”

Karl Templer was accused by female models of “yanking their breasts, touching their crotches, or aggressively pulling down their underwear without asking them during shoots.” The models spoke on the condition of anonymity for fear of retribution.

“I deny these vague and anonymous allegations,” said Templer to the Globe. “If I’ve ever inadvertently made anyone feel uncomfortable, I’m truly sorry. Although physical interactions with models is a necessary aspect of my job as a fashion stylist, I’ve never touched anyone in an inappropriate way nor ever with any sexual intent. I’m always respectful of models, remain deeply committed to creating a safe and professional working environment and embrace the systematic changes that our industry is implementing.”

According to a source familiar with the Boston Globe investigation, several other photographers and industry creatives did not make it into the story in time for fact checking, so a second damning report may be coming.