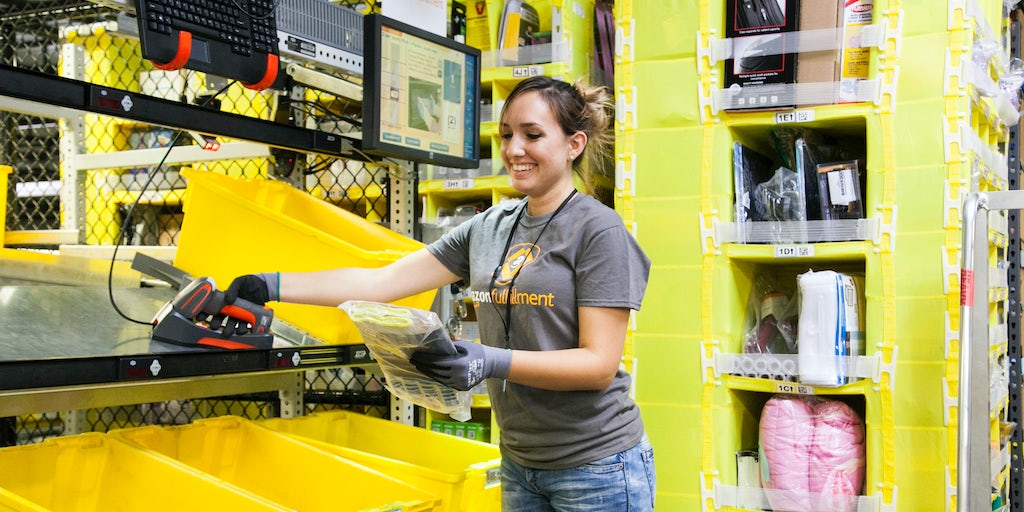 Amazon employee working at one of its fulfilment centres | Source: Amazon Press Centre

WARSAW, Poland — Amazon workers in Poland are demanding that their salaries be roughly doubled, the latest in a spate of labour disputes to hit the world’s largest online retailer.

The demands follow strikes earlier this year in Spain and Germany, where workers demanded higher pay and better working conditions.

“We earn three times less than workers in Germany and we work longer hours,” said Maria Malinowska from the Worker’s Initiative union. “Amazon can’t prey on the fact that it is in Poland, where wages in some regions are lower.”

The Polish workers want an hourly net salary of at least 25 zlotys (£5.02) as well as a slower work rate, changes to the way workers are assessed and the withdrawal of temporary contracts, trade unions said in a statement.

The unions said that if their demands were not met within seven days, they would take the first step in a process which could ultimately result in a strike.