LONDON — Trade tariffs have been raised by both China and the US this month as the two countries march toward a full-blown trade war. President Trump is also threatening to impose tariffs on all Mexican goods coming into the US. US economic prospects are looking less rosy, and some question whether the Trump Bump is turning into a Trump Slump.

On the other side of the pond, Italy’s swelling national debt is pitting the country against the European Union: the likely outcome appears to be either a prolonged recession for the country or a sovereign debt crisis of gargantuan proportions. Meanwhile the UK is still trying to figure out what Brexit means. One of these developments would be sufficient to have investors shaking in their boots — combine them all and we might have chaos.

Results announcements have been a mixed bag this month: Richemont announced a 27 percent increase in full year sales, but much of that was driven by acquisitions and investors were not so impressed by the group’s profitability level. Ferragamo and Safilo both announced better-than-expected first quarter-results — nevertheless this was against a backdrop of deteriorating performance in recent years for both companies.

Ralph Lauren beat market expectations in its quarterly results but investors were spooked by weak North America sales. Burberry’s annual results were overshadowed by weak sales in Asia along with softness in the US; however, customers are reacting positively to Riccardo Tisci’s first collections. Finally, Tod’s first quarter-revenues fell further than expected but its own retail channel returned to growth. Mixed results indeed.

Although the transaction dates back to April 2018, it was reported that LVMH had upped its stake in fine jewellery brand Repossi from 42 to 69 percent. Safilo agreed to sell its US retail chain Solstice to Fairway, a US company formed by a group of investors active in the US and European eyewear retail business. Watches of Switzerland, a luxury watch retail chain with 146 stores in the UK and the USA, announced an IPO on the London Stock Exchange in June with a valuation nearing £650 million.

The Savigny Luxury Index (“SLI”) lost all the ground it had gained in April, declining 6 percent in May. The MSCI did not fare much better, losing almost 6 percent in the month. 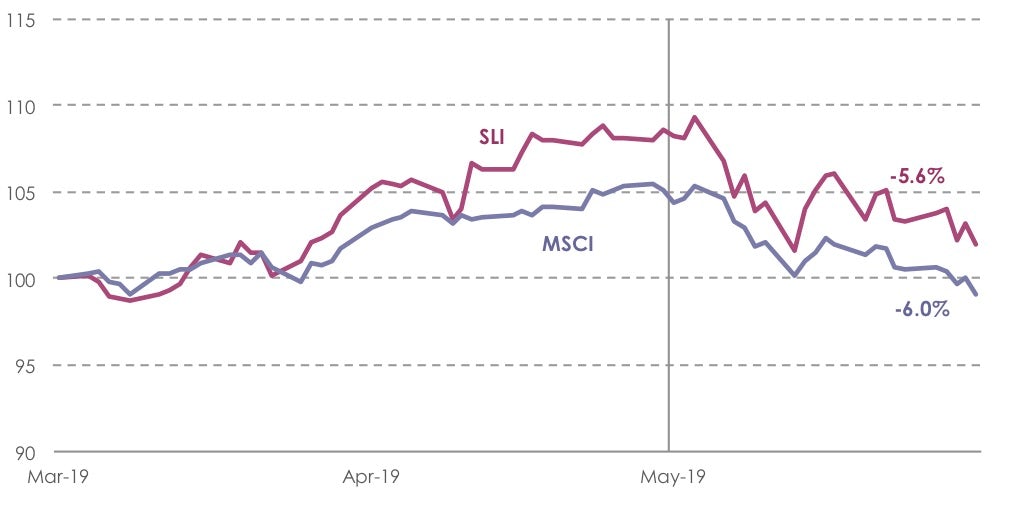 The Italian tax authorities are clamping down on tax avoidance schemes set up by companies with operations in Italy. After more than two years of investigation, including a raid of Gucci’s offices, focusing on the booking of sales by Gucci through a Kering subsidiary in Switzerland, a settlement was reached with Gucci’s parent group Kering to pay €1.25 billion in accrued taxes and penalties. This is the largest settlement ever paid by a single company to Italian tax officials and comes on the heels of collections from Amazon, Apple, Facebook, Google and Microsoft totalling over a billion.

While Kering has the financial wherewithal to stomach this fine, it is pretty clear that the Italian government is on the hunt for money — what would happen if some of the smaller luxury companies based in Italy were to be embroiled in protracted tax investigations? 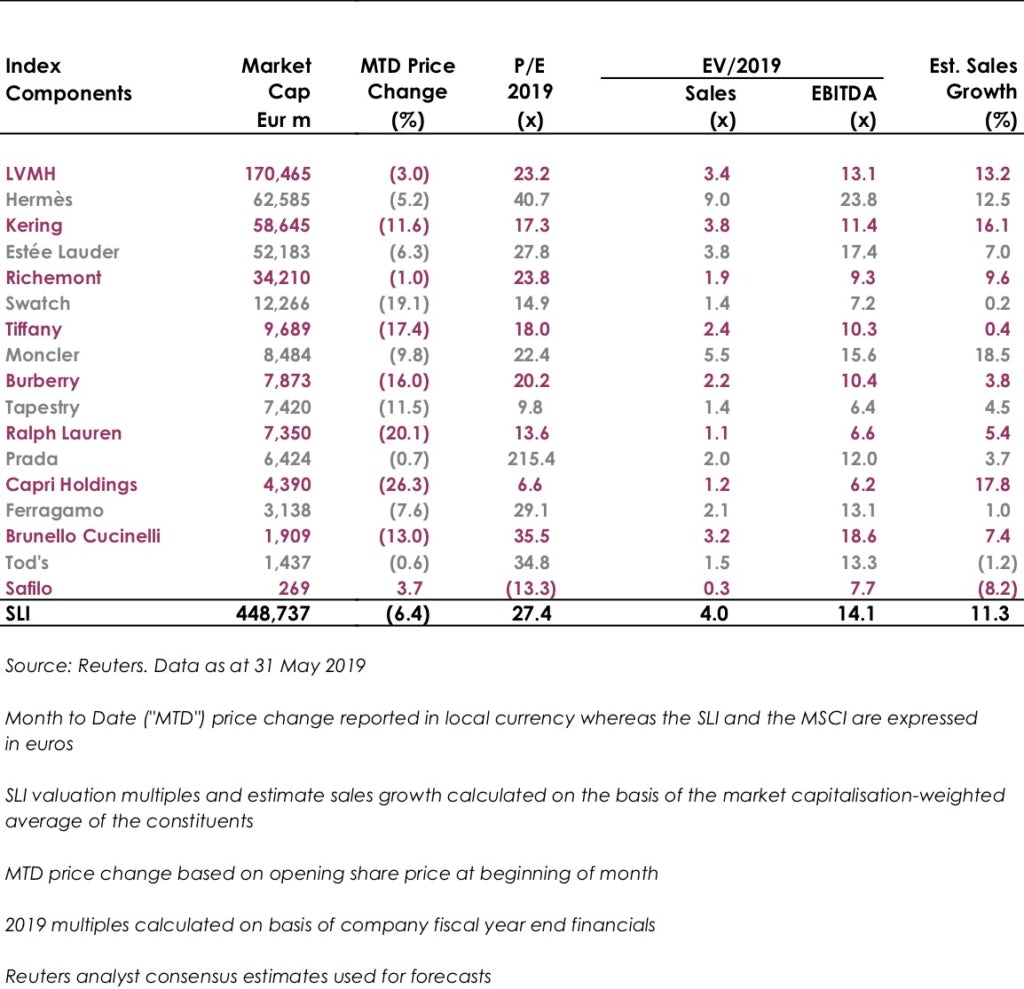