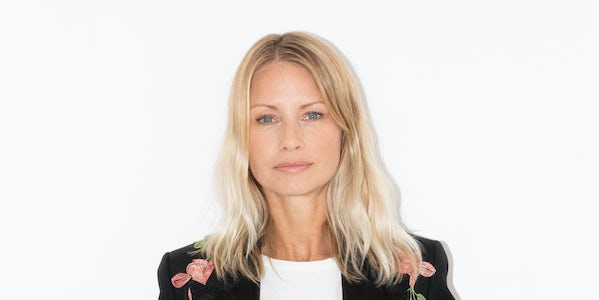 LONDON, United Kingdom —BoF compiles the most important professional moves of the week.

Farfetch has announced a series of changes to its executive team, including the appointment of Kshitij Kumar as the company’s first chief data officer and Holli Rogers as chief brand officer. Kumar joins Farfetch from Zalando, where he was vice-president of data solutions, while Rogers, who was previously named chief fashion officer at the company, will continue to additionally serve as chief executive of Browns.

Farfetch has also said that Chief Marketing Officer John Veichmanis will be stepping down after almost four years at the company.

Frederick Lukoff is leaving Stella McCartney, where he served as president and chief executive for 10 years, to join Scotch & Soda as its new CEO effective September 1, 2019.

Stella McCartney also announced this week that Caroline Deroche has joined the company as chief marketing officer, as of June 3. Deroche was previously at Coach, where she was senior vice president of global public relations and brand communications. She reports to Lukoff and replaces Stephane Jaspar, who left Stella McCartney earlier this year and now serves as The Webster’s first chief brand officer.

Dazed Media has named Luke Robins its first executive commercial director. Robins joins the company with immediate effect from The Economist Group, where he was senior vice president and global associate publisher, and reports to CEO and Co-Founder Jefferson Hack in his new role.

Michael Sebastian has been appointed to succeed Jay Fielden, who stepped down as editor-in-chief of Esquire in May 2019, with immediate effect. Sebastian, who was previously digital director Esquire, will continue to oversee digital properties of the publication.

Hearst has also appointed Esquire Fashion Director Nick Sullivan to the newly created role of creative director of the magazine.

Nike has hired Ratnakar Lavu as its first chief digital information officer, effective June 17. Lavu joins the company from Kohl’s where he was chief technology and information officer. He will report to Nike chief operating officer Eric Sprunk.

Cheryl Abel-Hodges has been promoted from group president of Calvin Klein North America and The Underwear Group to CEO of Calvin Klein, effective this month. She replaces Steve Shiffman, who is leaving the company, and will report to PVH President Stefan Larsson.

Moda Operandi has appointed Will Kahn to the role of market director, fine jewellery, as of June 10. Kahn joins the company from Hearst Magazine Town & Country, where he was most recently fashion market and accessories director and will remain a contributing editor while at Moda. He reports to Preston Bottomy, vice president of strategy at the company.

Make Up For Ever names CEO

Make Up For Ever has named Gabrielle Rodriguez CEO, joining the company from her role as general manager, Europe at LVMH stablemate Christian Dior Parfums. Rodriguez replaces Rachel Marouani and reports to Laurent Boillot, executive vice-president of Make Up For Ever and CEO of Guerlain.