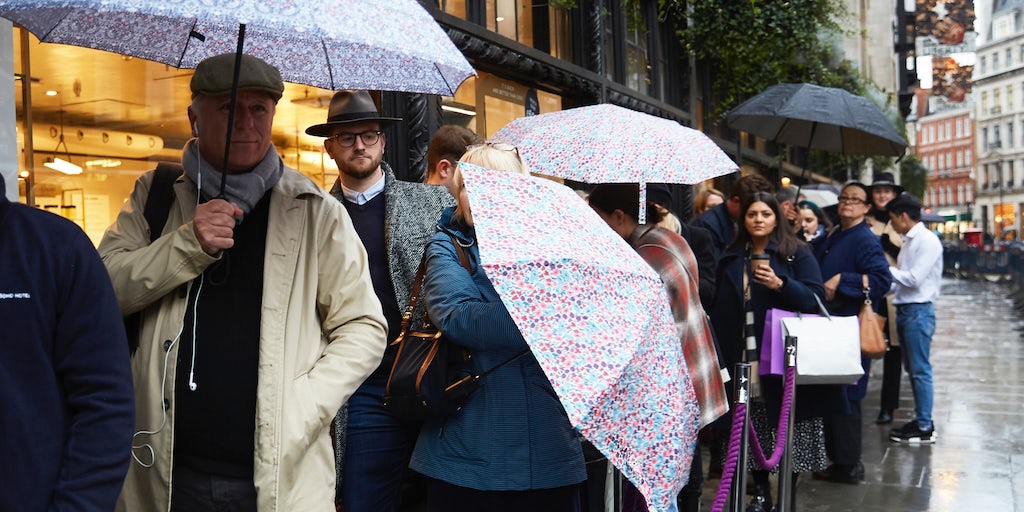 LONDON, United Kingdom — UK shoppers sheltered at home on Thursday, with the numbers hitting post-Christmas sales set to drop significantly for a fourth year in a row, initial data showed.

Footfall up to 12 pm on Dec. 26, known in Britain as Boxing Day and a key date for retailers, was down 10.6 percent compared with the same period a year ago, market research company Springboard said, adding that bad weather had deterred shoppers.

High streets were most affected by the rainy weather with consumers reluctant to go out in the morning, Springboard said.

“Boxing Day is indisputably a less important trading day than it once was,” said Diane Wehrle, Insights Director at Springboard, adding that the Boxing Day footfall was 10.9 percent lower than during Black Friday morning.

Barclaycard, part of Barclays Bank PLC, has said Britons were set to spend £3.7 billion ($4.8 billion) in the post-Christmas sales — £200 million less than last year — partly due to environmental concerns, including about the impact of so-called “fast fashion.”