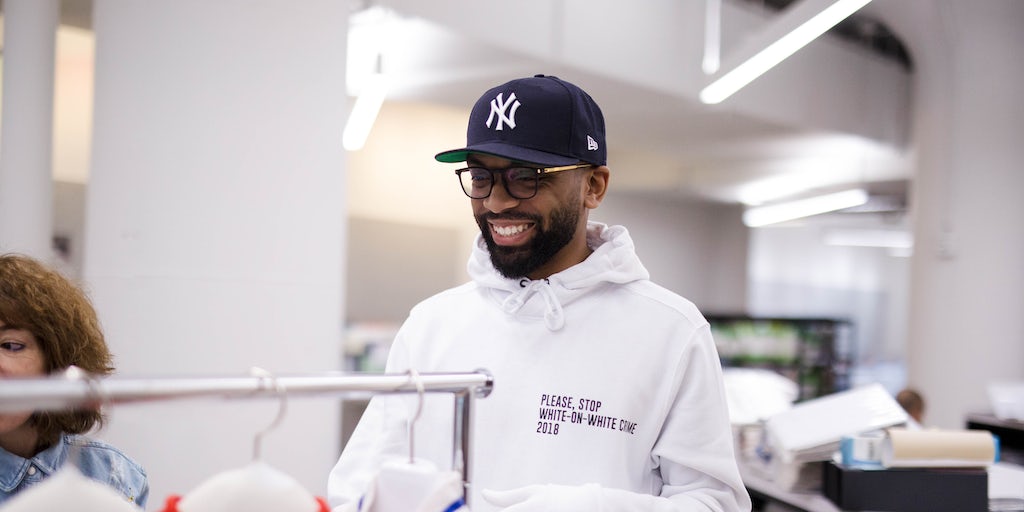 NEW YORK, United States — Reebok said Wednesday it will sponsor New York Fashion Week: Men’s for the next four seasons, offering a vote of confidence in the event, which has struggled to retain top-tier designers.

The Adidas-owned sneaker brand will be a partner of the Council of Fashion Designers of America, including New York Fashion Week: Men’s 2019 and 2020, as well as the organization’s 2018 and 2019 Fashion Future Graduate Showcase (FFGS), which features young talents from eight fashion colleges nationwide, including the Fashion Institute of Technology, Parsons School of Design and Pratt Institute.

New York Fashion Week: Men’s, the most recent iteration of which runs through Wednesday showing Spring/Summer 2019 collections, is missing many of the big names that took the runway in the past, including Billy Reid, John Varvatos, Ralph Lauren and Raf Simons. The CFDA menswear event launched in 2015, drawing international crowds when Simons and Hugo Boss joined the lineup in January 2017. But the cachet of NYFW: Men’s has since faded, with fewer high-profile shows. Simons moved his men’s presentation to Paris in June after three seasons in New York, and Amazon, which served as the primary sponsor since the event’s inception, ended its relationship last year.

Despite losing prominent designers such as Varvatos and Reid, Roth said securing partnerships has not been more challenging in recent years.

“Our sponsors understand that some of our designers will be the next big brands that America can be proud of,” he said. “It’s about organizing emerging New York talent.”

The partnership will give Reebok access to this pool of young designers, the company said. It has already recruited a designer from last year’s FFGS, as well as Kerby Jean-Raymond, whose label Pyer Moss was nominated for a CFDA Swarovski Award for Emerging Talent.

“We’re excited to start to identify innovative creatives from all over the country as we know that in this crazy business, we really have to keep on the move,” said Reebok creative director Karen Reuther, who assumed the position Monday. “We look forward to helping the candidates in the next stages of their career but… we’re also looking for a reverse mentorship in which we learn as much from them as they will from us.”

The CFDA’s other sponsors include Cadillac, Lifewater, Soho House, and Alibaba’s Tmall platform. Last week, it recruited Cartoon Network, with whom the CFDA connected the company with Ryohei Kawanishi of Landlord, who will design a capsule collection based on the network’s cartoon series, “Adventure Time.”

How Adidas Converted the Cool Kids