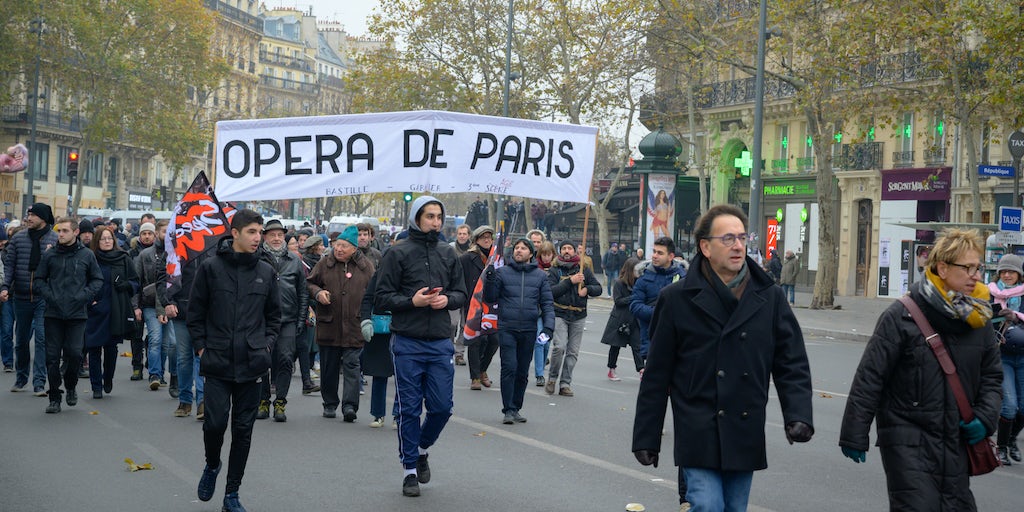 PARIS, France — French retailers’ holiday sales have suffered more from the current strikes over a proposed pension overhaul than they did during the Yellow Vest protests last year, according to a trade group.

In Paris, where public transit workers have been on a walkout since December 5, members including electronics retailer Fnac Darty SA and Inditex SA’s Zara brand reported an average drop in sales of 25 percent to 30 percent for the second week of December.

The decline, compiled by retail federation Procos, follows a weak performance a year earlier, when weekend demonstrations against President Emmanuel Macron shut down the city’s most popular shopping districts. Compared with the more typical 2017 figures, sales last week were 40 percent to 45 percent lower.

“It is bad news in a terribly difficult sector and country,” Bruno Monteyne, analyst at Sanford C Bernstein, said.

In the rest of France, sales also fell from a year earlier, by an average of 9 percent to 10 percent last week, the group said. Hotels and restaurants are also getting hit as consumers stay home after cumbersome commutes.

This second year of disruptions comes as retailers struggle to cope with lackluster economic growth and the rise of e-commerce. A push among shoppers to consume more responsibly is also putting pressure on retailers to pay closer attention to the provenance of goods and their environmental impact.

“Retailers are already having to reinvent themselves,” Procos Managing Director Emmanuel Le Roch said. “There’s a risk that lost sales from these disruptions will leave them without the means to adapt.”

Last year, sales bounced back during the final week before Christmas as shoppers purchased last-minute gifts, partially offsetting the lost business from Yellow Vest protests. This year, as striking continues and with major demonstrations planned for Tuesday, it’s unclear whether retailers will see a similar rebound.