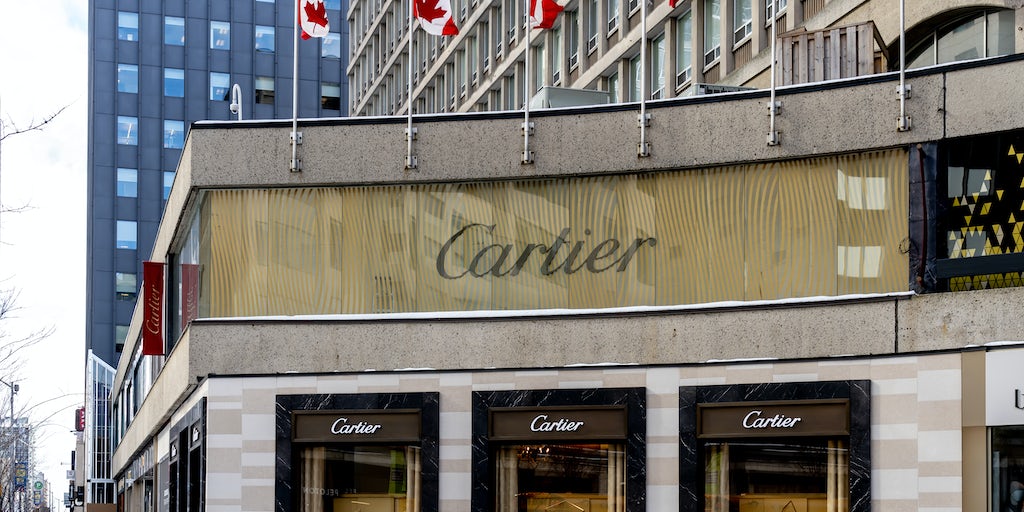 ZURICH, Switzerland — Cartier maker Richemont reported a 67 percent fall in annual profit on Friday and said the impact of the coronavirus could last up to three years despite signs of recovery in China.

Richemont, which also makes Piaget, IWC and Vacheron Constantin watches, said its results this year would be weighed down by the epidemic, with shops closed down and consumer sentiment subdued.

Chairman Johann Rupert said other countries would probably find it difficult to follow China, the first country hit by the Covid-19 outbreak, and return to normal.

“No one can say when we will see economic activity normalise,” Rupert said. “We may be looking at 12, 24, or 36 months of grave economic consequences.

“Perhaps that is too pessimistic but who knows,” he said after the company proposed to halve its dividend to preserve cash though it is considering a warrant scheme to compensate shareholders.

Economic development is key for luxury companies as people tend to buy expensive watches and jewellery when they feel good about the future.

Rupert, who is known for his downbeat economic views, likened the outbreak to a “tsunami which moves from east to west.”

During the three months to March 31, the company’s sales fell 18 percent, hurt by the pandemic.

It has reacted by reducing production at its watch and jewellery plants and the proposed lower shareholder payout.

The world’s second-biggest luxury group said net profit for the year to the end of March fell 67 percent to €931 million ($1.01 billion), missing the €1.29 billion expected by analysts. Sales rose 2 percent to €14.23 billion, in line with estimates.

The Swiss company said its profit fall also reflected the non-recurrence of a €1.4 billion post-tax accounting gain it had last year. Excluding this, profit fell 34 percent.

Its shares were 2 percent lower in early trading.

The company’s watch brands bore the brunt of the downturn, with operating profit falling 20 percent and sales down 4 percent, although Rupert said the downturn also reflected the company’s attempts not to flood the market.

Jewellery was more resilient, with sales up 2 percent and operating profit falling 7 percent, as customers bought necklaces, rings and other pieces as stores of value.

One bright spot was Richemont being able to reopen its 462 boutiques in China, which were now seeing strong demand.

But Kepler Cheuvreux analyst Jon Cox said the situation was likely to deteriorate in the coming months.

“Mainland China is rebounding, but half of the Chinese buying of luxury goods is when they travel abroad and they are not travelling,” he said. “Europe and North America remain mostly closed. The next couple of months are going to be far worse than the final quarter of this year.”