The record-breaking temperatures weren’t the only thing bringing the heat this week. France’s biggest fashion and luxury players delivered a mostly sizzling set of quarterly results, continuing a years-long streak of red-hot growth.

At LVMH, strong Asian demand and investments in marketing and new designers paid off with better-than-expected growth. Likewise, Hermès beat expectations for sales growth. The industry’s top players are cashing in against a benign economic backdrop and resilient Chinese demand that has also boosted performance at Italian ski-wear brand Moncler, which has seen success with its ‘Genius’ marketing strategy, and the UK’s Burberry, which is in the midst of a turnaround that’s starting to show results.

Kering showed rare signs of weakness as growth at Gucci, on which the company relies for the bulk of its sales and profit, rose more slowly than expected. But after years of explosive growth, the company is still expanding faster than LVMH and Hermès.

Beneath the sparkle of stellar numbers, however, there are signs of trouble ahead. Analysts are warning of a global recession, suggesting that luxury CEOs cannot rest on their laurels.

Indeed, there are increasing signals that the consumer spending bonanza that has helped fuel growth at luxury conglomerates like LVMH and Kering could come to a halt. Economic growth appears to be slowing across most industrialised and important developing economies, and major sovereign bond yields have tumbled, historically a leading indicator that a recession is coming. Earlier this week, the International Monetary Fund cut its growth forecasts for the global economy for this year and next.

In the US, still the world’s largest consumer market, chances of a downturn have grown as manufacturing weakens and trade tensions with China, currently on a slow boil, remain liable to flare up again at any point. According to a Bloomberg survey of economists conducted in June, the chance of a recession in the US over the next 12 months has risen to 30 percent from 25 percent. Meanwhile, in Germany, manufacturing orders have been falling and industrial production has slowed.

Then, there’s the UK. This week, Boris Johnson’s appointment as Prime Minister has increased the risk of recession, according to analysts, as the country’s never-ending Brexit drama heats up again. Johnson has vowed that the UK will exit the European Union by the October 31st deadline — “do or die” — even if that means crashing out of the bloc without a deal. Indeed, a no-deal Brexit — long viewed as a worst-case-scenario, and a key risk to global economic growth, according to the IMF — is now firmly on the table.

At a minimum, such a scenario would mean a slow-down in the UK economy, as well as higher tariffs on clothing imports and exports, and shortages of foreign workers which many brands rely on to staff garment factories and shop floors. Worst-case, it could help tip the world into a wider recession.

And if there is a global recession, this time around — unlike during the downturn following the 2008 financial crisis — the luxury sector may not have the Asian market to bail it out. Back then, a slowdown in European and North American markets was, in part, offset by a steep rise in consumption of luxury goods in China, following waves of new wealth creation across the country.

But China’s current economic outlook is far from secure. The country’s economic growth slowed to 6.2 percent in the second quarter, the weakest pace since quarterly data became available in 1992. The Chinese economy is fragile, and could worsen for any number of reasons, including an escalation in the trade war with the US or a broader slow-down in China’s export markets. If this happens, the outcome would be a significant hit to spending on luxury goods, which has relied heavily on demand from Chinese consumers to help drive growth.

At the same time, the region faces political turmoil. Protests in Hong Kong against a bid to ease extraditions to mainland China have already hit tourism and retail sales in a major luxury market.

Bottom line: luxury players should enjoy the heat while it lasts, because their financial performance could very well start to chill. 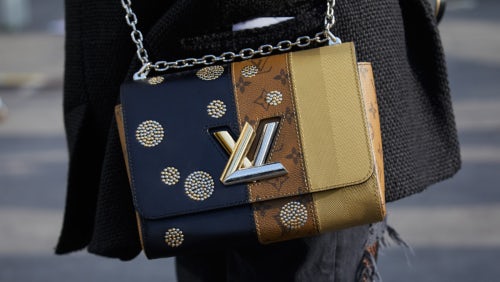 LVMH’s creative reshuffles pay off. The luxury conglomerate’s sales breezed past analyst estimates as creative revamps at its Louis Vuitton and Christian Dior brands helped fuel growth. Sales of fashion and leather goods rose 20 percent on an organic basis in the second quarter. Analysts expected a 14.4 percent gain. The company’s overall sales grew 12 percent. LVMH’s growth accelerated despite concerns about a slowing economy in China, which has been driving luxury demand.

Sales growth eases at Kering’s star Gucci brand. A weak performance in the US, linked partly to a drop in Chinese visitors there, dragged on Gucci’s sales, on which parent company Kering relies for most of its profit. Overall, Kering reported a 15.9 percent rise in revenue for Q2 to €3.85 billion, up 13.2 percent on a comparable basis — roughly in line with analyst forecasts and helped by a slight turnaround at its Bottega Veneta label.

Sonia Rykiel to liquidate after judge rejects sale. The French fashion brand will liquidate operations effective immediately. The decision was made after a Paris commercial court judge rejected the lone remaining bidder for the company, Lévy, whose plan involved a focus on digital and the divestment of the Boulevard Saint-Germain flagship. The brand’s six stores in France and Monaco, as well as its intellectual property and archives, will be sold.

Renzo Rosso’s OTB increases its stake in Viktor & Rolf. The Italian fashion group upped its stake from 51 to 70 percent. The remaining 30 percent will be equally split between founders Viktor Horsting and Rolf Snoeren, who will remain creative directors and board members. The company shuttered its ready-to-wear line in 2015 to refocus on haute couture and its fragrance business in partnership with L’Oréal, which generates the lion’s share of the label’s revenues. The brand has been profitable since it closed the ready-to-wear line, with the retail value of total sales at about €300 million.

Moncler and LVMH set the bar high for luxury competitors. The jacket maker joined LVMH Wednesday in reporting a pick up in sales growth in the second quarter, as the luxury firms capitalised on strong Chinese demand and investments in marketing and new designs. Moncler POSTED an 18 percent revenue increase for Q2, after 14 percent in the first quarter. The industry’s top players are riding high on demand for branded goods across Asia and particularly in mainland China, in spite of a Beijing-Washington trade war.

Hermès sales boosted by strong Asian demand. The French company, best known for its pricey leather goods and squared silk scarves, said sales for the April to June period grew 14.7 percent on a reported basis to €1.67 billion ($1.87 billion), and were up 12.3 percent at stable exchange rates. That marked a pick-up from the 11.6 percent comparable sales growth a quarter earlier, when several analysts had expected a slightly more muted performance. The industry has so far largely shrugged off any trade war fallout, with appetite for branded goods if anything picking among Chinese shoppers.

SMCP confirms financial targets as Q2 sales rise. The French fashion company, whose brands include Sandro and Maje, said its second-quarter sales rose 10 percent to €265.7 million ($295.86 million). SMCP, which is majority-owned by Chinese retail group Shandong Ruyi, stuck to its 2019 financial targets of sales growth of between 9-11 percent at constant currency exchange rates.

Ted Baker shares soar on reports of private equity buyout. Shares in Ted Baker rose more than 15 percent on Monday after a newspaper reported that its founder Ray Kelvin could back a private equity buyout of the high street retailer, months after he resigned over claims he presided over a culture of “forced hugging.” Kelvin, who had been chief executive since the company’s launch in 1988, has indicated that he would support a deal to take the company private under the existing management.

VF Corp beats quarterly revenue estimates. The group’s quarterly revenue beat Wall Street expectations, helped by higher demand for its Vans sneakers and The North Face brand. Net revenue rose 6.3 percent to $2.27 billion in the first quarter, beating estimates of $2.24 billion. Net income fell to $49.2 million in the quarter ending June 29 from $160.4 million a year earlier, primarily due to the spin-off of its less profitable jeans business in May. 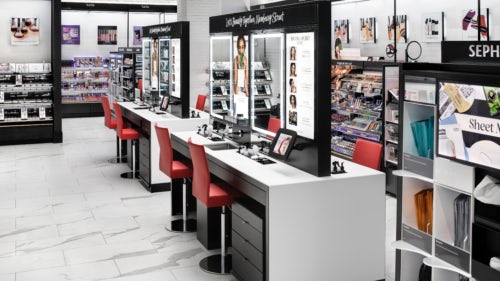 Sephora sales pick up amid JC Penney rumours. US sales at the beauty retailer picked up in the second quarter after a sluggish end to 2018, its parent LVMH said, citing its continued tie-up with US department store JC Penney. The 117-year-old money-losing chain, which has rolled out hundreds of Sephora shops within its stores across the US, hired advisers to explore debt restructuring options. JC Penney said in a statement it had no significant near-term debt maturities and was not preparing for bankruptcy. 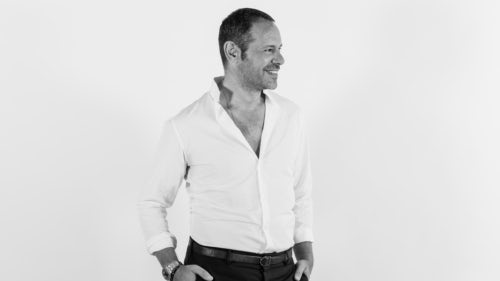 Amazon’s big spending dents profit and trims forecast. The company projected operating income that fell short of analyst estimates, worrying investors that it is returning to a big spending cycle in the face of greater competition — Amazon plans to spend $800 million trying to maintain its fast-shipping advantage over rivals like Walmart. Second-quarter profit was $5.22 per share, missing estimates of $5.56. Revenue increased 20 percent to $63.4 billion, with analysts on average estimating $62.5 billion. Amazon has also been hit with complaints over Prime Day endorsements, as a consumer advocacy group calls for the e-commerce giant to be investigated by US regulators over undisclosed paid endorsements.

Ebay is planning new shipping service to challenge rival Amazon. The e-commerce platform is launching a service to deliver orders more quickly and cheaply. Rather than build its own warehouse network like Amazon, Ebay will use the collective volume of its sellers — about 1.5 million packages a day in the US — to negotiate discounts with logistics partners for warehouse space, packing and delivery. The goal is to let Ebay merchants store inventory in warehouses around the US so products can be delivered in two or three days at competitive rates.

Alibaba welcomes US small businesses to sell globally on its platform. The Chinese group will now allow small businesses in the US to sell on Alibaba.com in an effort to tap into the B2B e-commerce market and fend off fierce competition from rivals like Amazon. Previously, US-based businesses were only able to buy items on Alibaba.com. Roughly one-third of buyers on Alibaba.com are US-based. More than 95 percent of sellers come from China.