NEW YORK, United States – Summer Fridays was supposed to be the next great direct-to-consumer beauty brand. Then Sephora came calling.

Marianna Hewitt and co-founder Lauren Gores Ireland were just weeks away from a planned January debut of their website when Sephora said it wanted to stock and launch Summer Fridays exclusively online, followed by an in-store rollout later in the year. Hewitt said they immediately pushed the kickoff of summerfridays.com out by two months and told their manufacturer to produce six times as many “Jet Lag” masks.

After selling out several times on both Sephora and Summer Fridays’ e-commerce sites, the brand has introduced a second “Overtime” mask and today is carried in all 430 Sephora stores in the US and Canada. In May, the brand expanded into the UK, where at one point 6,000 people were on Cult Beauty’s waiting list to order their products.

“It gave us extra credibility by being with a retailer. We spent money on clinical testing to prove that we were a real skincare brand. We didn’t want people to think we were just influencers launching skincare,” Hewitt said. “Sephora isn’t going to launch a product they don’t believe in themselves. So when people were trying a new product from us they were buying it from a retailer they trusted.” 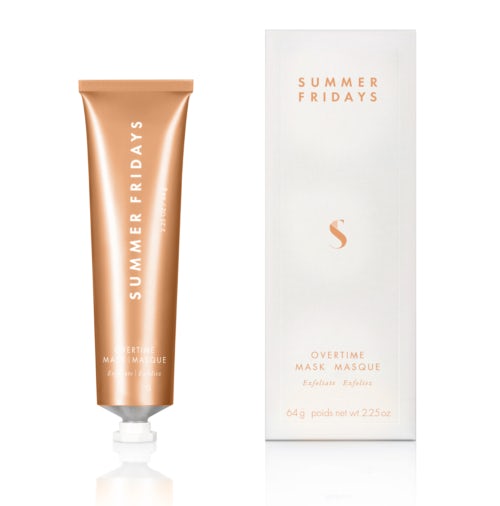 The ability of LVMH-owned Sephora and rival Ulta Beauty to make or break a new product is unmatched. Combined they are rapidly supplanting drug stores, supermarkets and department stores as distributors of beauty products. Ulta operates over 1,100 US stores and grew sales by 21 percent last year to $5.9 billion. LVMH doesn’t break out Sephora’s revenue, but said earlier this year that the retailer, which operates 2,300 stores globally, is seeing “rapid” growth.

Until the last few years, the retailers divided roughly along price lines, with LVMH-owned Sephora dominating the luxury market and Ulta appealing to the masses. But the chains are increasingly competing on each other’s turf. Both have gotten more aggressive about signing brands to exclusive contracts, with Ulta upping its luxury assortment to include brands like Chanel Beauté.

For emerging beauty brands, an exclusive deal with Sephora or Ulta and the marketing push that typically follows can be a game-changer. Celebrity-backed lines partner with the retailers as well: Rihanna’s Fenty range is exclusively sold at Sephora and Kylie Jenner’s Kylie Cosmetics and Kim Kardashian’s KKW Beauty will next year launch exclusively at Ulta. Even industry giants Estee Lauder, which traditionally leaned on department stores for distribution, are playing ball. The company began selling MAC products in 20 Ulta stores last year, and have since expanded to 314 locations.

The price of entry is usually a strict contract barring sales through other retailers for anywhere from one to three years. Retailers can specify everything from packaging to displays to how many in-store samples to offer. Brands sometimes end up building research and development, production calendars and marketing around the needs of their chosen retailer. That can be expensive, but pulling it off can transform a fledgling digital brand into a cosmetics powerhouse overnight.

“When you’re launching with one of the biggest beauty retailers, there’s a lot they require,” said Hewitt. “We had to bring on people who knew how to do that part of the business. It was a benefit to us because before launching we now had to function like a real company – even though we hadn’t had any sales yet.”

Others said they went for a more gradual ramp-up. Korean beauty skincare brand Glow Recipe’s first two products were initially sold last summer as part of a “K-beauty wall” in Sephora’s North American stores. Only after a year of strong sales did they invest in “endcaps,” the end-of-aisle displays designed to catch shoppers’ attention. 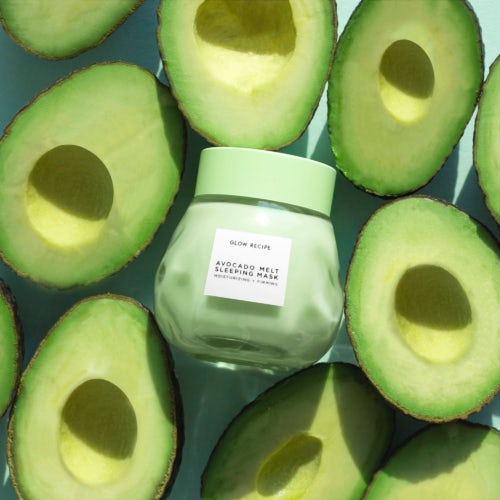 “In the beginning, we wanted to go out to every door in a big splash… but there are always costs associated with [that],” Lee said. “We were displayed as an indie, trendy brand, and for us … it was a perfect fit.”

Sephora and Ulta look to quickly lock up brands like Glow Recipe that embody the latest trends. They also have a hand in determining what those trends are in the first place – it’s not a coincidence that holographic highlighters from brands like Milk and Urban Decay rolled out at the same time less than a year ago, for example.

“Makeup trends happen because a lot of buyers or retailers are saying, ‘We want this,’” said a founder of a beauty brand. “Everyone makes the same things. It’s how retailers plan their marketing stories.”

After selecting a brand, the retailers then specify a particular product assortment. There are frequent requests to change packaging, sometimes forcing brands to make changes mid-production. For example, Sephora or Ulta might ask for ingredients to be printed on the bottle rather than a sticker.

More space and better promotions can follow. It Cosmetics’ in-store space increased 50 percent after it created a slew of Ulta-only product and elaborate in-store displays for a skincare retail concept that bowed in 300 doors in September of 2017.

“It helps us [to] prioritize brands that bring in exclusivity to us,” said Dave Kimbell, chief merchandising and marketing officer at Ulta Beauty, which operates 1,163 US stores. “Then we tend to put a bit more programming with them to ensure that they’re really being successful in the Ulta environment.”

Once brands achieve a certain status, they might renegotiate the terms of their retail relationship — or end it.

ColourPop, a direct-to-consumer brand with $5 eyeshadows and $6.50 lipsticks that garnered a cult following on social media, launched an edited assortment in Sephora in November 2017, but quietly disappeared from shelves months later. The brand is now sold exclusively at Ulta. Laura Nelson, co-founder and president of Seed Beauty, Colourpop’s parent company, said the Sephora sales were part of a limited holiday promotion. However, people familiar with the matter said the two couldn’t agree on a more permanent arrangement.

“They [ColourPop] obviously have a very strong and established online business and we work with them to figure out how we can complement that,” Kimbell said. “We want them to build their brand the way it makes sense.”

Drunk Elephant has been one of Sephora’s fastest growing skincare brands since entering stores in 2015, and founder Tiffany Masterson said the retailer is “largely responsible” for her sales quadrupling to $100 million between 2016 and this year. Much of her marketing budget goes toward in-store sampling and endcaps.

“It’s a mutually beneficial relationship … that’s why it’s an easy call to make it be exclusive,” she said.

Still, Masterson said she doesn’t know how long she’ll remain exclusive to Sephora. When the brand launched in the UK last month, it went with two retailers, SpaceNK and Cult Beauty, which combined “made up the feeling of the one Sephora,” she said.

“We’re in an exclusive agreement today and we’ll see what happens next year. We do that every year. It’s really healthy,” she said. “No one needs to feel trapped.”

There are some drawbacks to an exclusive deal. Sephora and Ulta typically bar their brands from selling through online marketplaces like Amazon, though they can typically sell on their own websites.

“In the US, the ‘you can’t sell on Amazon’ stipulation is really painful for a lot of brands,” said Elaine Kwon, chief executive at Chanlogic, which works with fashion and beauty brands trying to grow their e-commerce businesses. “When a brand recuses themselves from participating in one of the most important retail channels in the world, you’re asking someone to go and take part of that market share.”

Another potential issue is hiring and educating staff, especially as chains like Ulta add 100 new stores a year. There is now little time for associates to learn about every brand, and turnover rates are high.

“The cast member may not know the nuances of the brand,” said Alison Ryu, managing director at venture firm CircleUp Growth Partners, which backs beauty brands Kosas and Mented, a direct-to-consumer cosmetics company that was part of Sephora’s 2018 Accelerate program, a mentorship program with the retailer that works with female entrepreneurs.

Glossier has steered clear of wholesaling altogether. The four-year-old company sells through its website and has started opening stores, including a flagship in New York that opened earlier this month.

“Our entire philosophy is the future of brands is that they will maintain a direct connection with their customer,” said Ali Weiss, senior vice president of marketing at Glossier.

Sephora and Ulta can work for some brands, but ultimately they’re about what’s best for the retailer and not the brand.

“You want to work with the best and the biggest,” said Kwon. “Every retailer is looking out for themselves.”

Sephora vs Ulta: The Battle of Beauty’s Retail Giants

What Happens When Sephora Becomes Your Rival