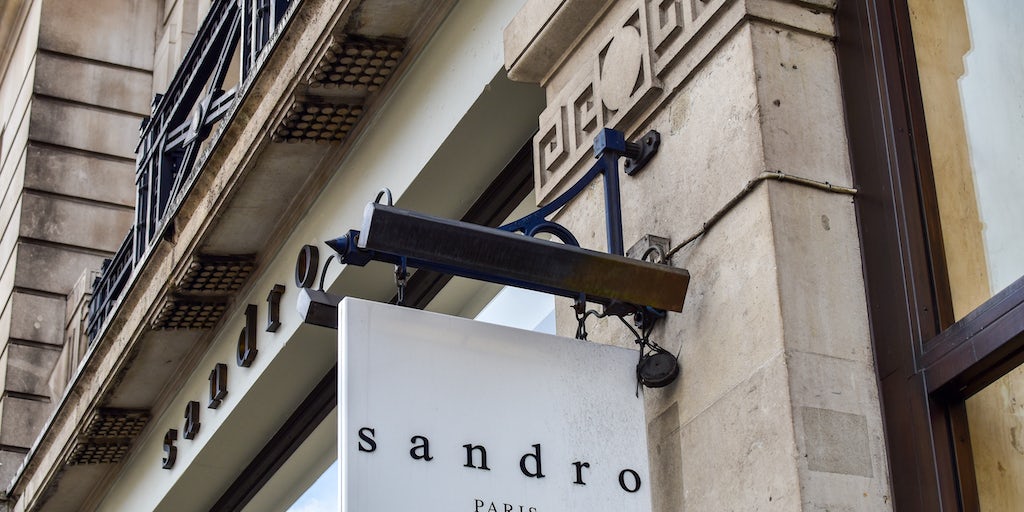 Facade of the Sandro store on Regent Street. Sandro Paris is part of the SMCP Group | Source: Shutterstock

PARIS, France — SMCP, the French fashion company whose brands include Sandro and Claudie Pierlot, on Tuesday kept its annual forecast for an increase in underlying sales and a stable profit margin, as it reported higher third-quarter revenue.

“In France, despite a sluggish market, our performance improved over the quarter and SMCP kept on gaining market share,” said Chief Executive Daniel Lalonde.

“Globally, we observed strong underlying trends and recorded a positive like-for-like sales growth fuelled by the successful implementation of our key priorities over 2019 and the global desirability of our brands,” added Lalonde.

The company confirmed its full-year outlook, which includes sales growth of between 9 percent and 11 percent at constant exchange rates, and a stable adjusted EBITDA (earnings before interest, tax, depreciation and amortisation) margin compared with 2018.

The forecast does not take into account SMCP’s previously announced acquisition of the De Fursac brand, the Paris-listed company said.