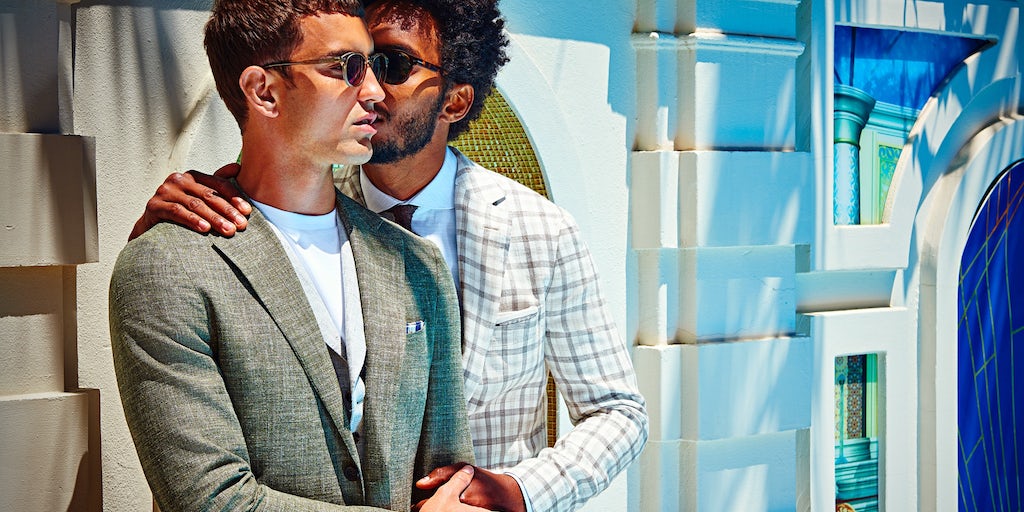 Fashion Company Loses Social Media Followers over Same-Sex Ads (BBC)
“Many people praised the company’s decision to put the spotlight on male couples. However, not everyone was in agreement. The company has received multiple, critical responses on social media for putting homosexual imagery in its adverts.”

New York Fashion Week Still Has a Long Way to Go on the Diversity Front (Fashionista)
“Racial diversity only increased the slightest bit — 0.4 percent, to be exact. For Fall 2018, 37.3 percent of castings were models of colour, compared to Spring 2018’s 36.9 percent. Any improvement at all is a step in the right direction; back in 2015, there were 20.9 percent nonwhite models in New York.”

Why Is It so Hard for Clothing Manufacturers to Pay a Living Wage? (Racked)
“As the world’s second-largest apparel company — after Inditex, which owns Zara — H&M said it felt a sense of ‘shared responsibility’ when it came to persistently low wages, an issue as endemic to the global garment industry as unrelenting hours and unsafe environments.”

Luxury Brands Adopt Sustainability with Environmentally-Friendly Biotextiles (South China Morning Post)
“Stella McCartney has produced a couple of garments made from a silk inspired by spider web DNA, and Chanel has looked at the possibilities of 3D printing fabrics. Meanwhile, Salvatore Ferragamo has sold scarves made of orange fibres and Maison Margiela has used ‘green’ textiles such as Cupro.”

The Rise of Ecofeminism (The Debrief)
“At the Preen show at London Fashion Week eco feminism was the order of the day. ‘You hold the power of the future’ signs declared ‘you are an ecofeminist… you are in tune with the natural world.’ But is it yet another empty buzzword that will be tokenistically co-opted by designers?”