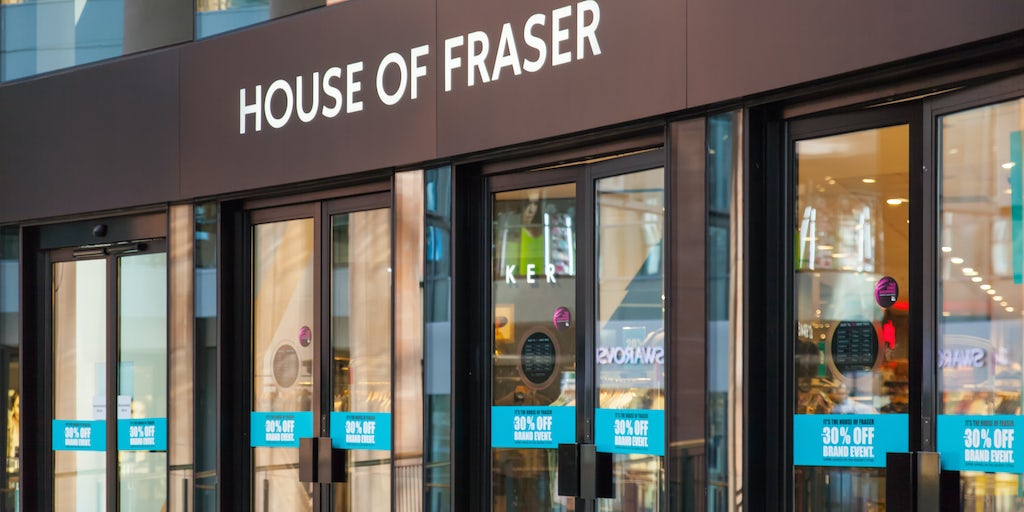 Ashley’s Sports Direct International Plc agreed to acquire all of the 169-year-old retailer’s UK stores, as well as the brand name and inventory, it said in a statement. The move came after House of Fraser on Friday sought protection from creditors, saying talks with potential rescuers had not “concluded in a solvent solution.”

The agreement averts a new dark turn for Britain’s retail crisis, after the failure of brick-and-mortar institutions such as Maplin Electronics, the UK arm of Toys “R” Us and department-store operator BHS. Store chains are being crippled by pressure from online retailers such as Amazon, exacerbated by a rise in costs stemming from the pound’s Brexit-induced weakness.

Mid-market retailers like House of Fraser have been hit particularly hard, with rivals Debenhams and Marks & Spencer Group shrinking store space as their online businesses have been slow to take off. More than one-quarter of the UK’s largest department stores have shut since 2010, according to retail consultancy Altus Group.

The deal expands Ashley’s retail empire, which also includes a stake in Debenhams. Ashley, a self-made billionaire who owns the Newcastle United football club, is a colourful figure on the UK retail scene, describing himself in courtroom testimony last year as a “power drinker” with a penchant for late-night pub antics. Sports Direct has faced scrutiny of its labor conditions from UK lawmakers.

Ashley was one of at least four parties squaring off to rescue House of Fraser after China’s C.banner International Holdings Ltd. shelved plans to buy a majority stake. In a bid to avert collapse, House of Fraser in June laid out plans to close more than half of its 59 stores in the UK and Ireland, prompting protests from some landlords.