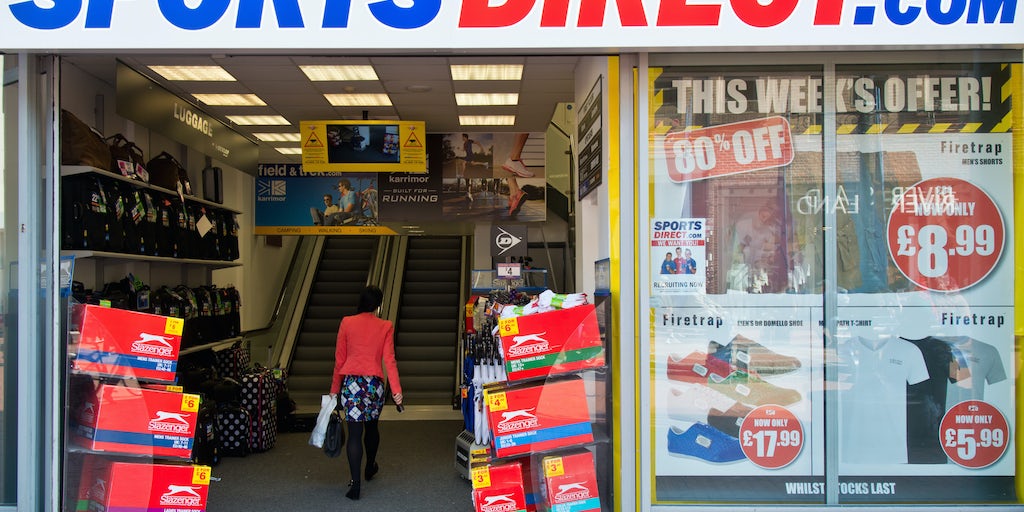 NEW YORK, United States —  Billionaire Mike Ashley’s Sports Direct International Plc said its financial chief will step down as the retailer reported a drop in annual profit after a daylong wait for its results.

Underlying earnings before interest, taxes, depreciation and amortisation fell 6 percent to £288 million ($320 million), the company said in a statement Friday after markets closed in London. The report came more than 10 hours after it was expected, and had already been postponed nearly two weeks to allow more time to compile the information.

Chief Financial Officer Jon Kempster will step down, the company said, and will be replaced by Deputy CFO Chris Wootton. Kempster “came in during a transitionary period and his knowledge and experience has helped to guide the group through this stage in its development,” according to the statement.

Retailers across the UK are closing stores and scaling back as merchants have been hit by the shift to online shopping and consumer uncertainty over Brexit. Investors have been concerned that Ashley, the retailer’s colourful CEO, has been too occupied with Debenhams, which he’s currently locked in a court battle with, and trying to buy smaller downtown chains.

The retailer’s shares have fallen 45 percent in the last 12 months.

House of Fraser, the ailing department-store chain Ashley acquired last year, had a loss of £52 million for the year. Without that impact, group earnings would have grown, the company said.

“Buying House of Fraser was like buying a broken-down car at the end of the road,” Ashley said at a press conference. “In the short term, I regret it. In the medium term, the jury’s still out, and in the long term, I’d like to think we’re hopeful.” The company plans to close a number of House of Fraser stores this year, he said.

The company didn’t pay a dividend during the year and said it won’t declare a final dividend. Sports Direct said it will buy back £30 million worth of shares through Sept. 10.

Sports Direct also said it received a payment notice for €674 million after an audit of its taxes in Belgium. The company will enter mediation to respond to authorities, according to the statement.

Meanwhile, if new M&A openings arise, Ashley said the company would consider them, despite recent troubles.

“If opportunities come along, even without bandwidth, we’ll probably be over-brave and still do them,” he said. “It’s in our DNA.”