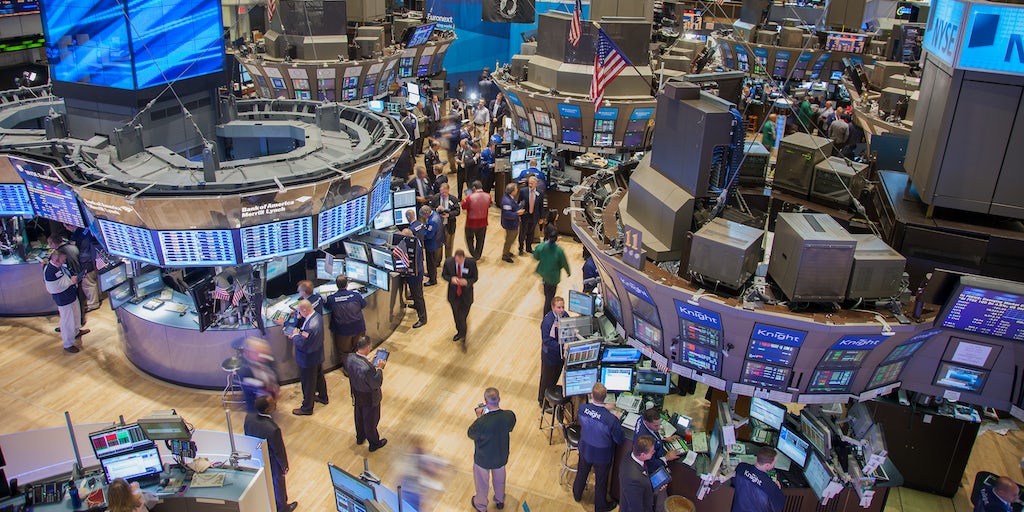 NEW YORK, United States — Wall Street’s main stock indexes plummeted and the Dow Jones Industrials crashed 2,000 points on Monday as a 22 percent slump in oil prices and the rapid spread of the coronavirus amplified fears of a global recession.

Trading on US stock exchanges was halted immediately after opening, as the benchmark S&P 500 fell 7 percent to its lowest since June 2019, triggering an automatic 15-minute cutout put in place after the 2008-2009 financial crisis.

The energy index slumped 15.3 percent to its lowest level since August 2004 and crude prices were on track for their worst day in three decades as Saudi Arabia moved to significantly raise oil production after OPEC’s supply cut agreement with Russia collapsed.

“The lower it does go, the more people are likely to panic even further,” said Rick Meckler a partner at Cherry Lane Investments in New Vernon, New Jersey.

“Given the circuit breaker program, it’s more likely than not that selling won’t continue at this pace throughout the day, but the psychology of things is very much a herd mentality.”

Wall Street’s fear gauge, halted for the first half hour after opening, jumped to its highest level since the 2008 crisis, while the Nasdaq Composite was on track for its biggest one-day percentage fall since 2011.

Declines on the blue-chip Dow were led by oil majors Chevron Corp and Exxon Mobil Corp, which fell more than 7 percent.

The yield on the benchmark 10-year US Treasury was on course for its biggest one-day fall in almost a decade, sending shares of rate-sensitive financials down 7.9 percent.

Traders now expect US Federal Reserve policymakers to cut interest rates for the second time this month when they meet next week.