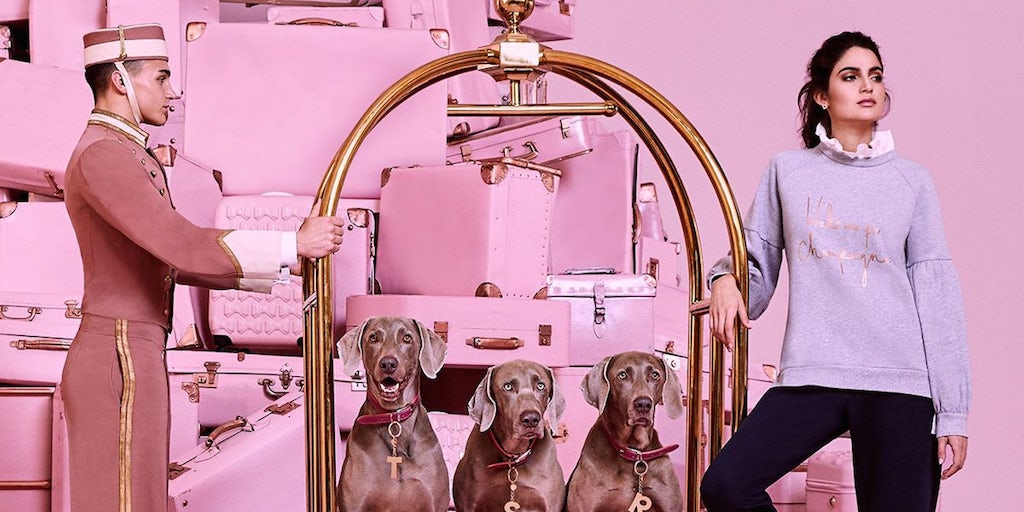 The fashion chain also said on Thursday that it had appointed law firm Herbert Smith Freehills to conduct an independent external investigation regarding claims against its chief executive officer and founder Ray Kelvin relating to his habit of hugging business colleagues.

“While recent news flow is unhelpful, we believe the impact on the group’s brand strength and longer-term growth prospects is likely to be minimal,” Liberum analysts said.

The analysts added that the company’s marker as a global lifestyle brand leaves it far better placed than most in the more challenging retail space that currently persists.

Ted Baker, which operates 544 stores, concessions and outlets worldwide, had been focusing on its fast-growing online and wholesale businesses to counter retail sluggishness as consumers clamp down on spending.

Group revenue fell 0.2 percent for the 16-week period from August 11 to December 1. However, wholesale sales fell by 6.5 percent due to the earlier timing of deliveries in the first half of the year.

Total retail sales including e-commerce rose by 2.3 percent. In the UK, Europe and the East Coast of America, trade was hurt by the unseasonal weather at the start of the period, Ted Baker said.

“Trading in the UK continues to be impacted by the well-publicised challenges facing some of our trading partners,” it added.

The world’s fifth-largest economy risks stumbling into a disorderly exit from its biggest trading partner, the European Union, if parliament votes down Prime Minister Theresa May’s withdrawal agreement on December 11.