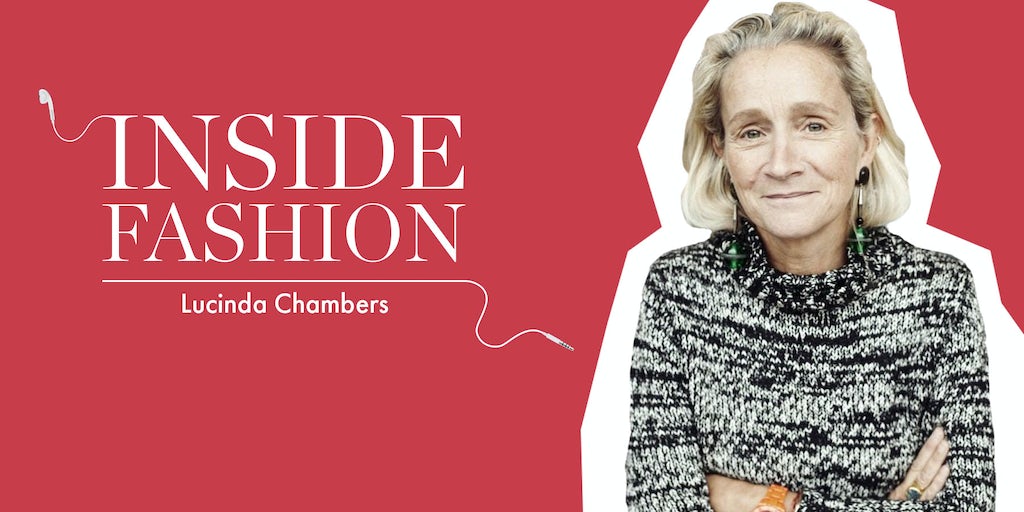 LONDON, United Kingdom — “I often think of my brain as a storage Rolodex,” says Lucinda Chambers, the top stylist who spent over three decades in magazines and who has worked closely with top fashion houses such as Marni and Prada as a consultant. “Everything is fuel, nothing is wasted — not a film, not a crisp packet. It all goes in.”

Chambers began her career at British Vogue under editor-in-chief Beatrix Miller, before becoming assistant to Grace Coddington, who she describes as “extraordinary and terrifying.” Chambers then joined Elle UK before returning to Vogue as fashion director, where she worked with photographers like Nick Knight, Paolo Roversi and Tim Walker. She exited the magazine last year after the arrival of new editor Edward Enninful.

What does Chambers make of the #MeToo movement that has engulfed the fashion industry, shooting down high-profile photographers, including long-time collaborators Mario Testino and Patrick Demarchelier? “What has happened had to happen, and I think the needle had to go into red in order for it to go back into a place of progress,” she says. “You have to look at your behaviour.” The silver lining, she adds, is the rise of younger photographers, who now have more opportunities to shoot covers.

Earlier this year, Chambers launched her own fashion label Colville — named after the West London street where David Hockney resided in the 1970s — with former Marni design directors Molly Molloy and Kristin Forss. Chambers says that if she had been asked two years ago to swap styling for launching a label, the answer would have been no. “But when change happens, you have to react to change.”

To learn more about Lucinda Chamber’s online education course for The Business of Fashion click here.