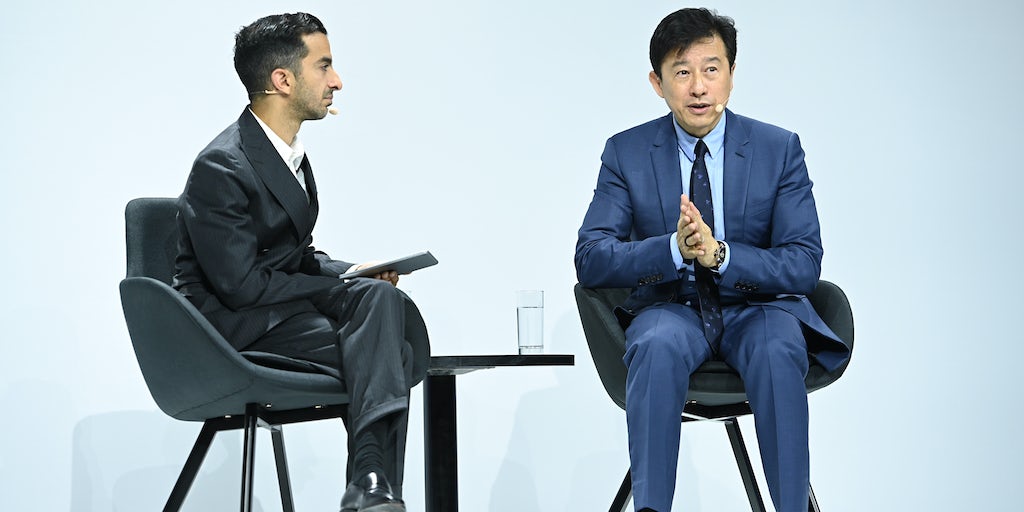 Imran Amed and Andrew Wu on stage at BoF’s China Summit in Shanghai | Source: Getty Images for The Business of Fashion

SHANGHAI, China — As a Shanghai native who came back to China from abroad in 1993, Andrew Wu has seen the country change radically; from the early 1990s when people had limited access to hard currency, let alone imported goods, to China joining the World Trade Organisation in 2001 and the rise of the Chinese consumer.

“Because of the closed-door situation for 30 years, this explosion, this pent-up demand, this passion that exists with the young people is unprecedented, and unrivalled,” he says.

China’s burgeoning middle class are young — in their twenties and thirties — and already feel more successful than their parents and grandparents; this feeling is what makes the speed of change so palpable. “China is driven by this movement of youths and therefore it adapts to and adopts new things faster, more readily than other places,” says Wu.

But how to connect with the Chinese consumer?

Wu warns not to look at China as one uniform market. “We collectively, internationally need to make a bigger effort to better understand the Chinese.”

Equally important to understand is the sheer scale — as well as diversity — of a country where the second-biggest city alone has a population of 26 million. China’s “slowing economy” still grew 6.6 percent last year, equivalent to the GDP of Australia. China will no doubt grow another Australia this year, he said.