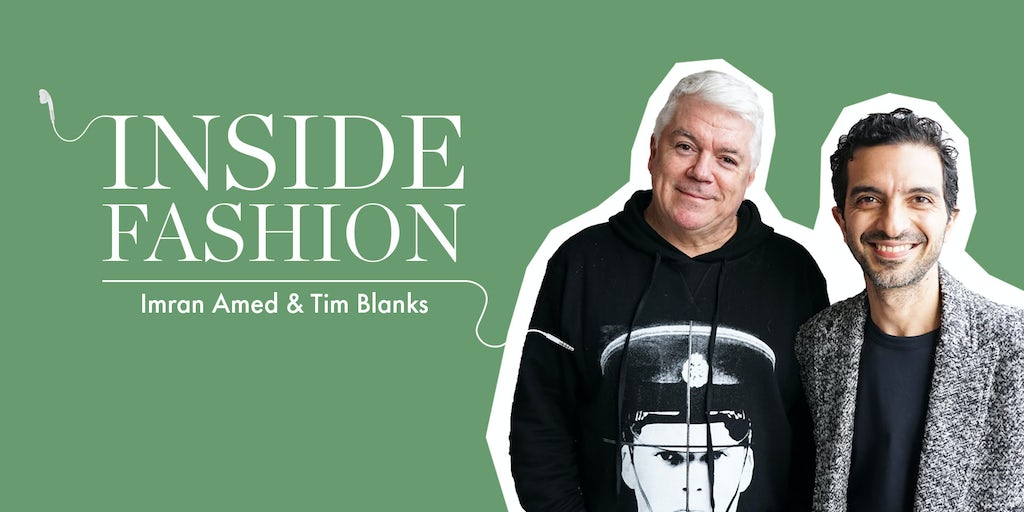 “There are these real high points that make me feel good about what’s going on,” he says, reflecting on the menswear season at large, despite the sense of uncertainty about what the menswear shows will end up meaning. While London and Milan were more subdued, in Paris fashion became consolidated, with heavyweights like Virgil Abloh, Kim Jones and Hedi Slimane all presenting their collections and Raf Simons returning home.

A London highlight was Craig Green, who for Blanks is “the most interesting menswear designer in the world.” Meanwhile in Milan, Miuccia Prada was “still angry” and there was a sense of migration in the clothes. In Paris, the shift from streetwear to tailoring was evident, with Abloh trying to reformulate the suit at Louis Vuitton, and Kim Jones injecting a newness into the process. Over at Slimane’s first menswear show for Celine, a lot has happened in fashion since his tenure at Saint Laurent, and he is now “one voice of many.”

“There was so much energy around couture,” says Blanks, with designers making it relevant again in ways that are unprecedented for the medium. A highlight for the second season in a row was Valentino’s Pierpaolo Piccioli, whose collection took Blanks to the heyday of couture in the 1950s presentations by Christian Dior and Balenciaga — “it was dress after dress after dress that was a work of art.”

Givenchy’s Clare Waight Keller, who did this couture collection for herself, rather than an homage to the luxury house’s founder Hubert de Givenchy, was another highlight, while Karl Lagerfeld’s couture show for Chanel, from which he was absent due to tiredness, was serene and gentle. Contrasting with the classicism of Valentino and Chanel were Maison Margiela and Iris van Herpen, both showing varying levels of futurism and modernity.