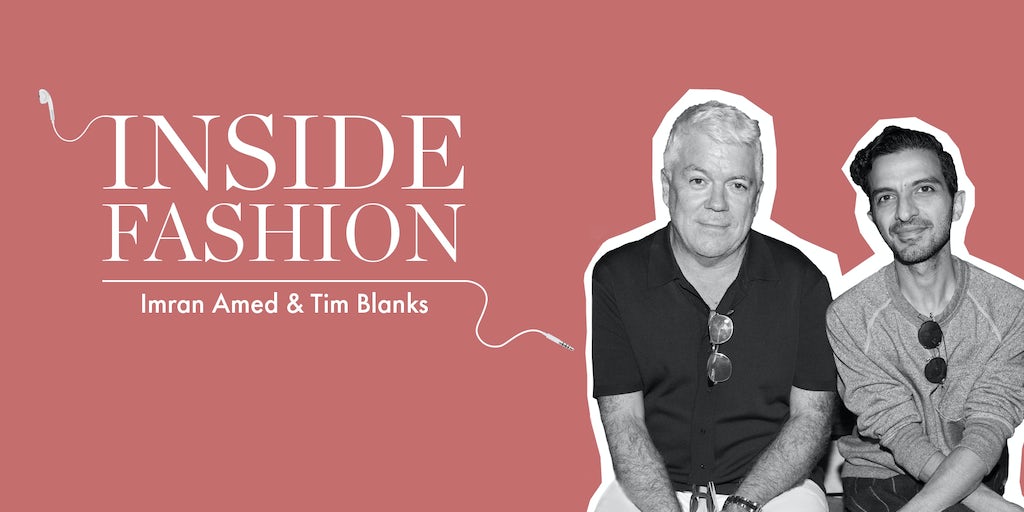 LONDON, United Kingdom —After a menswear season that reached its crescendo with the debuts of Virgil Abloh at Louis Vuitton and Kim Jones at Dior Homme, BoF editor-at-large Tim Blanks gives his verdict.

“It was one of the most amazing fashion events I’ve ever seen,” he says of Abloh’s collection for Vuitton. “It was incredibly convincing as a celebration of diversity and inclusion, and it was like God smiled on the day. It really validated Vuitton’s decision.”

What does he make of Jones’ move to helm Dior? “Genius,” Blanks says. “I think Kim wants to be a couturier. He’s proved himself on so many other fronts.”

A dominating trend has been streetwear’s takeover of luxury, with emerging designers and established luxury fashion houses alike sending “Dad sneakers” and sweatshirts down the runway.

“We’re already seeing what’s coming after that sportswear takeover. And it’s this quite rarefied notion of male couture,” says Blanks, adding that shows like Maison Margiela and Charles Jeffrey are reconceptualising masculinity and introducing a couture element that is likely to filter down into mainstream menswear. Meanwhile Pierpaolo Piccioli’s Valentino collection stood out because of its careful craftsmanship and embroidery, rather than its streetwear elements, which seemed inauthentic.

But where does menswear go from here? “The idea of male couture means men’s fashion will be exciting again,” says Blanks. “Men’s fashion gives men so many more opportunities to take risks than it used to.”