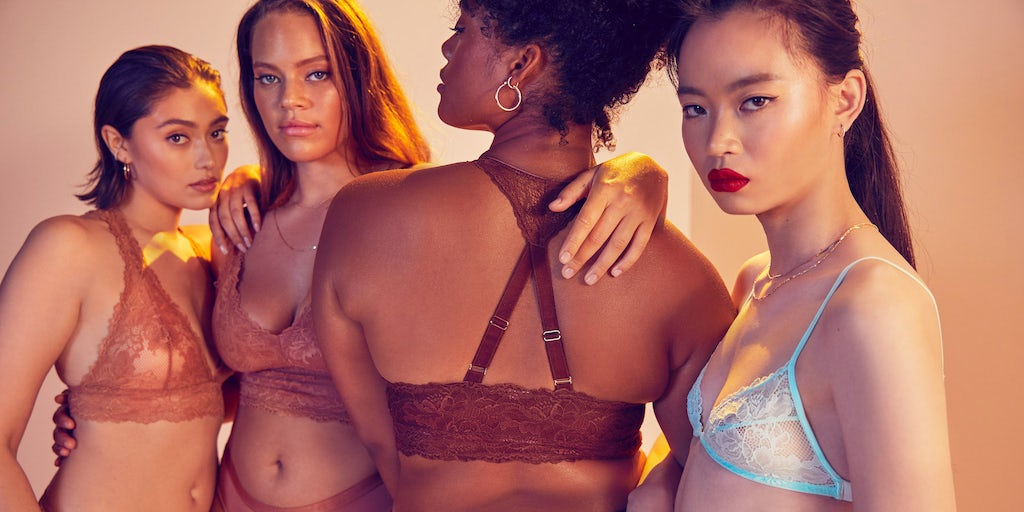 NEW YORK, United States — For two decades, the lead up to the annual Victoria’s Secret fashion show was marked by a steadily escalating flurry of anticipation. Which models would join the brand’s inner circle as Angels? Which music megastars would perform? Who would wear the multi-million dollar Fantasy Bra?

This year, the lingerie giant faced a different question: who cares? The days before this year’s November extravaganza were clouded by criticism that the company was sticking to an antiquated idea of femininity long past its sell-by date. Chief executive of the lingerie division Jan Singer resigned days after the show, and, on Monday, the company said third-quarter comparable sales slipped 2 percent from the same period in 2017. (For the record, Elsa Hosk wore the $1 million Fantasy Bra this year.)

Victoria’s Secret still dominates the $12.4 billion US women’s underwear market; roughly one in four dollars spent on lingerie in the US goes toward the L Brands-owned company.

But a host of rivals are nibbling away at the edges of that commanding market share, and, in the wake of the #MeToo and Time’s Up movements, some see the uproar around this year’s fashion show as a turning point. American Eagle’s Aerie has seen sales surge since launching its #AerieReal campaign in 2014, while digital direct-to-consumer brands, including ThirdLove, True&Co and Knix, have also emerged. Most use non-airbrushed models and showcase a variety of body shapes and ethnicities in their marketing, portraying an inclusive, body-positive message that goes for Victoria’s Secret’s jugular without ever uttering the brand’s name.

This year’s highest profile entrant: Rihanna, who went from performing at the Victoria’s Secret fashion show in 2012 (and again in 2015) to launching her Savage X Fenty lingerie brand with a mega-show of her own at New York Fashion Week. The event saw a diverse cast of models — black, white, athletic, curvy, even pregnant — show off the Bajan singer’s designs.

“It’s no longer enough to think of inclusivity as window dressing,” said Chantell Fenton, senior lingerie editor at trend forecasting and analytics agency WGSN. “Designing from and for a large variety of perspectives is an imperative.”

Victoria’s Secret declined to comment for this story, but in a statement accompanying its third-quarter results, L Brands chief executive Leslie Wexner said Tory Burch president John Mehas had been appointed as Singer’s replacement, adding: “Our number one priority is improving performance at Victoria’s Secret Lingerie and PINK.  In doing so, our new leaders are coming in with a fresh perspective and looking at everything … most importantly, we are focused on our merchandise assortment.”

To be sure, none of the newer brands come close to challenging Victoria’s Secret’s dominance in the US. The biggest, Aerie, has a 3 percent share of the US women’s underwear market, according to Euromonitor International. However, the upstarts are following a template that’s unsettled giants in industries ranging from beauty to consumer packaged goods. From Procter & Gamble’s Gillette razors to Kellogg’s cereal, seemingly unassailable market leaders that stumbled in the face of a flurry of nimble, niche upstarts.

In the case of lingerie, a lack of product innovation and marketing targeting consumers varying in size, shape, age and race, was the weak spot newer entrants identified.

It’s no longer enough to think of inclusivity as window dressing.

American Eagle first began selling Aerie lingerie in 2006, but it wasn’t until almost a decade later that the brand committed to banning airbrushing of models. Consumers loved it. When other retailers followed suit, Aerie pushed the boundaries further, turning its campaign into an ongoing body positivity drive. Soon, Aerie customers themselves were starring in brand marketing.

“It wasn’t just about body positivity or curvy models or small chested models — it was everything. We showed girls with ostomy bags, diabetes and diabetic patches, scars, a woman with breast cancer, a young girl with special needs,” said global brand president Jennifer Foyle. “We’re using more and more user generated content, and we’re just continuing to evolve what I think is now a movement.”

Aerie comparable sales rose 27 percent in the second quarter of 2018 from a year earlier, and American Eagle projects the brand’s annual sales will hit $1 billion by 2020.

Today, underwear companies are often founded with an inclusive, body-positive ethos embedded at their core. New entrant CUUP, which launched earlier this month offering lingerie basics ranging from A to G cup, teased campaign images on its Instagram page that featured women of different races, ages and sizes, alongside personal stories of women’s experiences of body insecurity. Heist takes a similar approach to messaging. The brand started in 2015 with what it calls the perfect pair of tights and has since expanded into shapewear.

“It’s incredibly important to reflect the fact that our community is not one shape or one size,” said Heist chief executive Toby Darbyshire. “That’s a core tenet of what a modern brand looks like.”

The new mood conveyed in advertising campaigns is backed by product innovation. Many brands now offer nude options to suit a variety of skin tones, replacing the traditional beige “one nude fits all” approach that overlooked women of colour. Start-ups like Naja and Nubian Skin led the way, but last year, larger retailers like Target and Asos followed. Aerie also introduced its “real me” underwear collection last year, which comes in five skin-tone shades from light to dark brown. Over the past year, sales of nude have increased by 127 percent, according to WGSN Instock data.

Providing an impeccable fit for a wide range of shapes and sizes has become a priority for retailers. The athleisure trend that fuelled consumer desire for comfort is now reaching the lingerie segment, said Euromonitor International analyst Lorna Hennelly. Push-up bras — a style Victoria’s Secret used to do brisk business in — no longer drive the market, while demand for bralettes and soft-cup styles has increased.

ThirdLove makes 74 bra sizes, dozens more than many competitors. The brand fits every cup size on a model rather than relying on a traditional grading system, as is common in lingerie.  It also runs “wear-test” studies where women, from employees to customers, are fitted with a bra for testing at home.

“We ground every aspect of business in, ‘What has the customer said?’ ‘Does it matter to our customer?’” said Ra’el Cohen, chief creative officer at the lingerie brand. “If it doesn’t, we don’t do it.”

That is not to say that the “sexy” aesthetic is going away. Anaheta Berenberg, buying manager at Zalando, says her and her team “still see very seductive, sexy styles continuing to work. But they’re a little bit different than they were before, very much celebrating femininity.”

Victoria’s Secret’s idea of sexy, however, is still pretty narrow. In a recent interview with Vogue US, Edward Razek, chief marketing officer of parent company L Brands, indicated the brand isn’t interested in broadening its approach.

“We attempted to do a television special for plus-sizes [in 2000]. No one had any interest in it, still don’t,” Razek said, later adding: “Shouldn’t you have transsexuals in the show? No. No, I don’t think we should. Well, why not? Because the show is a fantasy.”

The company’s rivals reacted. Rihanna liked a screenshot posted to a private Instagram account of a tweet made by model Louise O’Reilly, which criticised Razek’s comments and praised the singer’s new line. ThirdLove co-founder and co-chief executive Heidi Zak published an open letter in the New York Times. “For decades, Victoria’s Secret grew their brand by telling women there’s only one kind of beautiful or sexy,” Zak told BoF. “As was evident in Ed’s comments, this male-centric approach to selling women’s underwear has not changed at all despite immense pressure.” (Razek later apologised for his comments via Victoria’s Secret’s Twitter page.)

The consumer has started to hold us to a higher standard. Generally women expect more from the brands they support now.

Although bra shopping has long been tied to in-store fittings, many innovators in the lingerie space are digital businesses. Even Aerie, which has 240 physical stores, does 50 percent of its business online.

Harper Wilde allows shoppers to order up to three bras to try at home before deciding which to keep. Trunude creates made-to-order bras perfectly matched to individual skin tones once shoppers upload a selfie and their measurements. ThirdLove encourages each customer to take its fit-finder quiz, meant to digitise the in-store bra fitting process. To date, over 11 million women have taken the quiz, providing over 600 million data points, which the brand uses for product development and other purposes.

Cohen attributes the wave of innovation in the lingerie space to shoppers themselves. “The consumer has really kept us on it and has started to hold us to a higher standard,” she said. “Generally women expect more from the brands they support now.”

Certainly, amid a wider cultural shift, the brands that are winning are the ones re-evaluating business as usual.

“The industry is becoming more dynamic,” said Zalando’s Berenberg. “Brands are understanding that they need to be customer first, not brand first. That’s the most important thing.”

Is the Lingerie Market on the Verge of Another Disruption?

How Victoria’s Secret Can Save Itself