A slew of American retailers posted disappointing quarterly sales in the past two weeks. That’s hardly a new development, but it clearly took investors by surprise. In the sell-off, some of retail’s most venerable names traded at lows not seen since the Great Recession, erasing billions of dollars in market capitalisation.

The S&P Retail Index rallied 20 percent last year, but has given back all of those gains and then some. And those declines may only partially factor in the 25 percent tariff on Chinese apparel and footwear imports that may kick in later this month.

Each retailer had its own reasons for disappointing sales and plummeting profits. Many blamed the weather, while Nordstrom said a botched loyalty programme hurt earnings.

But their fumbles tell a similar story in the end: whereas 2018 gave retailers a glimmer of hope that they might return to growth after suffering for years from the effects of e-commerce, the retail apocalypse has come roaring back in full force in 2019, despite growing consumer confidence. The market has been fractured not only by the onslaught of online native brands but also by new retail models such as rental and resale. These forces appear to be dragging down even the brands seen as making all the right moves to survive the digital era. Abercrombie closed hundreds of stores and hired a new designer to compete with fast fashion. Nordstrom experimented with inventory-free stores and invited digital brands onto its shop floor.

Where does brick-and-mortar retail go from here? Growth will be stilted not only by the continued success of online-only brands that communicate more fluently with young consumers, but also by the fact that many of those same customers are spending a greater share of their income on education and healthcare than they did 20 years ago, according to Deloitte. Some of these are global trends, but the US, with roughly five times the retail space per capita than most European countries, is being hit hardest.

Innovative retailers like Abercrombie and Nordstrom have laid the foundation for defending market share, even if expectations that they would reclaim their past role at the top of the apparel world may have been overblown. Other, more-troubled brands can take lessons from their modest success and face the reality that the only way to grow is through market consolidation.

Wholesale-dependent brands like Michael Kors need to continue scaling back those relationships as multi-brand retail sees further declines. Right now, about 40 percent of the Kors business comes from wholesale partners like Macy’s and Dillards, which are losing customers not only from online competitors like Amazon but also from a rise in direct retail online and off. While multi-brand remains an important market marketing tool, it must not be a significant sales driver in the future.

Rationalising store space will be another long-term task for these national chains. Already this year, 7,150 store closures have been announced, surpassing the full-year total in 2018. Abercrombie Chief Executive Fran Horowitz said in an earnings call this week that the brand has cut its square footage by 30 percent in recent years because smaller stores work better. That same thinking is driving the expansion of Nordstrom’s “Local” concept, smaller spaces where customers are invited to try on clothes, have a drink or just hang out. The chain’s full-size stores are playing a dual role, serving as pick-up points for online orders and drop-off spots for returns (including for rival brands).

Retailers must also rethink their approach to merchandising. Michael Kors and Nordstrom both cited inventory issues this quarter, the former claiming that its signature collection underestimated demand while the latter simply alluded to a need to “rebalance” future assortment in women’s apparel.

Those inventory issues can be solved by minimising the time between the conception of a product and when it hits shelves. Fast-fashion brands like Boohoo and Missguided are extreme in cutting lead times as short as one or two weeks, but there are still plenty of ways traditional retailers can adapt to the ever-shortening trend cycle. A shorter lead time allows retailers to fine-tune their estimation of how well an item will sell because it will be able to draw on season factors.

One final factor is debt. Retailers with relatively clean balance sheets have plenty of time to optimise their supply chains, improve their product assortment and shrink their physical footprints. Debt-ridden companies, including J.Crew and Neiman Marcus, are racing against the clock, while only being able to spend as much as their creditors allow. Already this year, several large chains, including Payless Shoe Source, Gymboree and Dress Barn, have shut down.

Ultimately, brick-and-mortar retailers need to accept that they are in a shrinking business, where gains will come from gracefully managing the decline – and winning customers from fallen rivals. 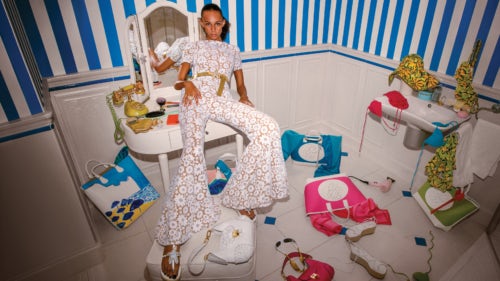 Higher spending dampens forecast for Michael Kors owner. Capri Holdings Ltd, formerly Michael Kors, forecast first-quarter profit below expectations as it spends more on marketing and new stores for its recently acquired Versace brand, sending its shares down 10 percent. The company, which is banking on the popularity of Jimmy Choo and Versace to offset weakness at Michael Kors, has been investing in new stores, event sponsorships and promotional contracts with movie stars. Capri forecast first-quarter sales to be $1.36 billion, also missing analyst expectations of $1.44 billion.

Abercrombie & Fitch shares dive after missing analyst estimates. The apparel retailer forecast second-quarter sales below estimates after posting its slowest rise in two years in same-store sales at its Hollister brand. Shares plummeted by 25 percent in the hours after the report’s release, which saw total comparable sales increase 1 percent year-over-year. The company will close three flagship stores, including a Hollister store in New York’s Soho, but remains on track to meet its 2020 turnaround goals.

Marc Jacobs launches new contemporary label. The fashion industry has drastically changed in the four years since Marc by Marc Jacobs shuttered, but now Jacobs is reentering the contemporary market with a new approach. The Marc Jacobs, which launches Thursday 6th June, will evoke the spirit of Jacobs’s runway collections but is meant to provide customers with a range of wardrobe staples at a contemporary price point ($95 for a tee, $895 for a velveteen coat and $1600 for a cashmere hoodie).

European trade policy expected to go greener after EU parliament vote. The rise of the Greens, the “Greta effect” of a young Swedish climate activist and the entry of French President Emmanuel Macron’s party into the European Parliament are likely to result in a more defensive and climate-oriented EU trade policy. Last week’s European election saw the traditional conservative and socialist parties that have long run the EU lose dozens of seats each, making them more reliant on support from liberal and Green blocs to pass European laws.

Bespoke fashion start-ups join forces for European expansion. Berlin-based personalised fashion start-ups Outfittery and Modomoto are merging in an effort to accelerate growth in Europe, where they compete with online-only retailer Zalando‘s own bespoke clothing business. With integration to be completed this year, the merged business is targeting revenue of more than €100 million in 2020. The two companies have jointly achieved €80 million (around $90 million) in sales in the past 12 months.

Canada Goose shares slide 20 percent after missing analyst estimates. The luxury parka maker dropped the most since it went public in 2017 after it reported quarterly revenue that missed analysts’ estimates, reigniting concerns that Canada Goose’s meteoric growth era is ending. Fourth-quarter revenue of C$156.2 million was below average estimates of C$158.9 million. Shares dropped 20 percent in Toronto to C$53.50 at 9:32 am, the biggest intraday decline ever. 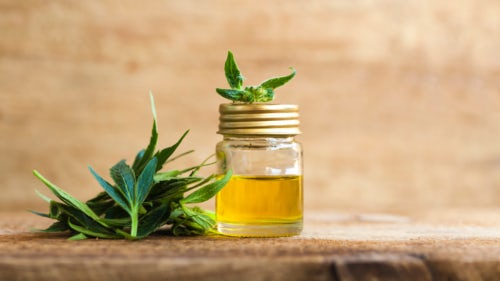 Europe’s first luxury CBD e-commerce site launches. While US retailers are vying to be the next Net-a-Porter or Saks Fifth Avenue of the rapidly growing CBD market, European consumers have been slower to embrace it. This week, The Chillery launched with eight different brands and 24 products in five treatment areas: sleep, stress, pain, beauty and intimacy. Meanwhile, the US Food and Drug Administration held its first public hearing about how it should regulate CBD products, and it may end up limiting how much can be included in food and drinks. 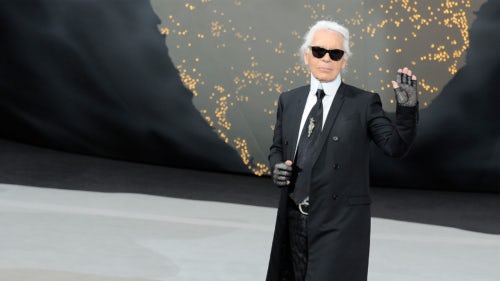 Karl Lagerfeld memorial planned for June in Paris. Chanel and Fendi have come together to stage a memorial for the late designer in collaboration with his namesake brand. “Karl For Ever” will be staged at the Grand Palais on the evening of June 20 during Paris Men’s Fashion Week. Orchestrated by theatre and opera director Robert Carsen, the commemoration will feature video footage of Lagerfeld and his collaborators, in addition to interpretative dance, music and theatre performances based on work admired by the former creative director.

Alibaba weighs raising $20 billion through second listing. The e-commerce giant — currently listed on the New York Stock Exchange — is considering raising $20 billion via a second listing in Hong Kong after a record-breaking 2014 New York debut. The mega-deal would bring China’s largest company closer to investors in its home country as US tensions escalate. Alibaba is working with financial advisers on the planned offering, which is intended to diversify its funding channels and boost liquidity.