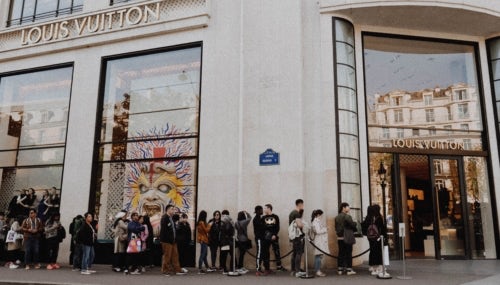 It was an eventful quarter for the world’s biggest luxury conglomerate, which saw the fruits of its menswear creative shakeup hit stores, including Virgil Abloh’s first Louis Vuitton collection going on sale in January, followed by Hedi Slimane’s Celine in February. LVMH doesn’t break out financial results for individual brands, so we shouldn’t get our hopes up about finding out whether sales met expectations (though reports of cleaned-out pop-ups should put any doubts to rest). And though LVMH does sometimes delve into specifics, including targeting €2 billion in sales for Celine, often outside observers are left to parse executives’ remarks for clues about brands’ performance. Look for updates on Vuitton, Dior and Celine, plus the company’s upcoming Rihanna project and the expanding hospitality division in the wake of December’s Belmond acquisition.

The Bottom Line: Any statements about China still deserve careful scrutiny, though a bevy of strong reports from top luxury brands (with a few notable exceptions) has quieted concerns about that market.

Fashion and the Furniture “Halo Effect” 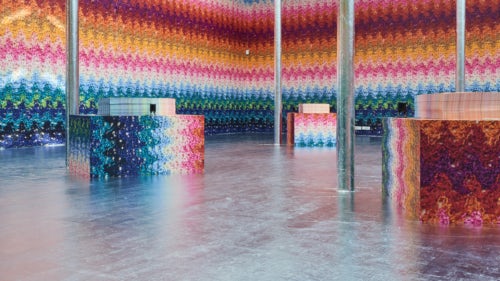 Fashion houses have been extending their brands into furniture, china and other home goods at least since Ralph Lauren and Fendi in the 1980s. But it’s only in the last decade that it’s become de rigueur to sell complementary candles, coffee mugs and chaises. Salone del Mobile has become a major marketing platform for luxury fashion brands, as seen in the proliferation of supercharged, experiential installations. The show plays a similar role to art fairs, serving as another opportunity for luxury brands to speak directly to their most important customers. Gucci encapsulates the full evolution of the fashion/furniture connection: the brand only  introduced its homewares line, Gucci Decor, in 2017, and this year will open a two-story temporary store in Milan. Are people actually buying $800 candles and $5,500 pineapple-print armchairs? Few if any major luxury houses break out homeware sales (though Hermès said last month that its jewelry and home lines grew a combined 20% in 2018, to €425 million).

The Bottom Line: Home lines primarily exist for the “halo effect” they bring. These lines tend to emphasise craftsmanship and refined taste, which helps brands maintain their luxury sheen even as they rely on sneakers and handbags to drive sales.

Condé Nast’s Past and Present Take the Stage 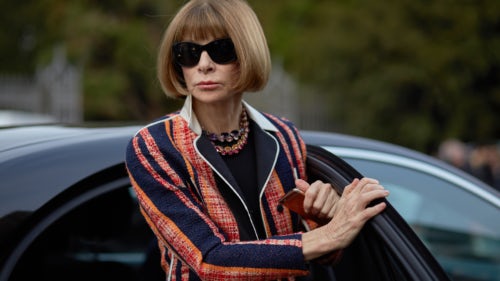 Anna Wintour is one of the most recognisable faces on the planet, and her views on fashion arguably do more to influence the industry than any other single person. But it’s not often she shares those views with the general public, outside of the pages of Vogue. Speaking engagements are rare, and appearances on stage at high-wattage events even rarer (she mostly kept to the sidelines even at Forces of Fashion, American Vogue’s flagship event in October). Women in the World happens to fall during a pivotal moment for Condé Nast, which is merging its US and international arms, and last week named tech executive Roger Lynch as the first chief executive of the combined entity. The pairing of Wintour with former Vanity Fair and New Yorker editor Tina Brown is a masterstroke, as few people did more to shape the media giant in its present form. Will they have a similar grip on where Condé Nast is headed? We’ll find out on Friday.

The Bottom Line: Wintour may or may not choose to address the changes at Condé Nast or her future role at the company. Brown, a notoriously shrewd interviewer, would be remiss not to ask. 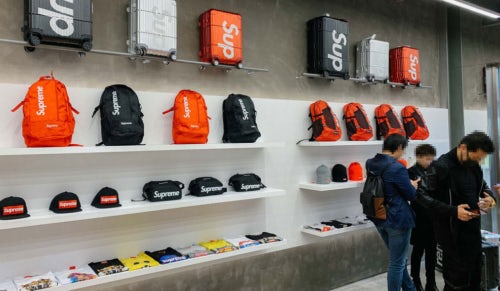 “I love Supreme but they’re being silly. They stole their logo from Barbara Kruger, and they’ve been hit with so many legal injunctions over the years for other thefts. If you dish it out, you should be able to take it!” -@worrypower, commenting on “Supreme Breaks Silence on ‘Criminal’ Global Counterfeiting Menace“