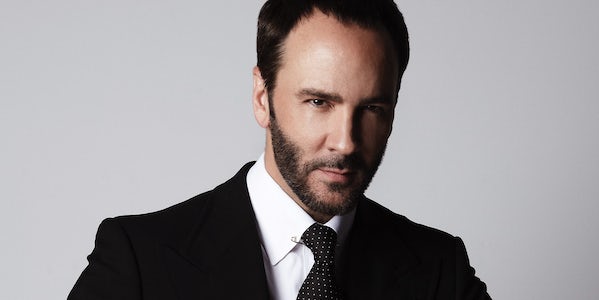 NEW YORK, United States — Tom Ford has been voted chairman of the Council of Fashion Designers of America (CFDA), succeeding Diane von Furstenberg, who held the position for 13 years.

Ford will assume the role in June. As chairman, he wants to bring a more international perspective to the trade association, the designer told BoF.

“Coming back from Europe, what’s stunning to me was the isolation I feel here. I feel that America is one of the most isolated countries in the world. We’re very inward looking,” Ford said. “What American fashion needs to become in order to be more relevant in the world is to think of itself as not just American but as international.”

Ford, who is based in Los Angeles and has won seven CFDA awards throughout his career, will work closely with CFDA chief executive Steven Kolb, joining the ranks of American designer legends like Perry Ellis, Bill Blass and Oscar de la Renta, who have all served as the face of the organisation throughout its 57-year history.

“I’m excited to now work with Tom to further strengthen the organization and support American designers with new creative and business opportunities,” Kolb said in a prepared statement. “Diane has been an incredible partner who helped build CFDA into a world class organization.”

Under Von Furstenberg, the CFDA faced the sizeable challenge of helping the American fashion industry navigate an era of dramatic change brought on by the rise of digital technology, rapid globalisation and shifting consumer behaviour. As chairman and former president, she is a mentor to up-and-comers in the industry and helped elevate the CFDA’s profile within the market.

“When I came in they needed a mother. Now they need a statesman,” Von Furstenberg told BoF. “What I think is great about Tom, a designer that all designers respect and admire is that he’s a global person [who has helped build] large companies.”

With a stated mission to “strengthen the impact of American fashion in the global economy,” the CFDA aims to foster designers through awards, scholarships, mentorship, networking opportunities and, most notably, a showcase for their work at New York Fashion Week.

In recent years, however, the CFDA has come under fire for not providing sufficient support to its 500-odd members, especially those who are mid-career. While it offers young labels high-profile awards such as the the CFDA/Vogue Fashion Fund — which grants winners $400,000 and two runners up $150,000 every year — and numerous guides to running a business, the association falls short of providing adequate hands-on assistance, some say.

Others criticise the CFDA for failing to promote a diverse range of talent, instead repeatedly lauding big names in fashion. To address this, in 2017 the organisation introduced new categories for its annual Fashion Awards, including the Swarovski Awards for Emerging Talent and Positive Change. (Swarovski will not be involved in this year’s awards show and will no longer support the awards, Kolb said he is seeking new partners.) The nominees for this year’s CFDA Awards, set to take place on June 3, will be announced on Tuesday evening at 6pm ET.

According to Ford, young designers today may benefit from working for larger companies before scrambling to start their own lines.

“When I first started you didn’t just start your own collection out of school. You worked for another company. A lot of young designers jump into the business before they have the experience they need,” he said. “We forgot the value of learning and industry … It’s not just the creative element, it’s everything else.”

This year, the CFDA will also introduce a slate of initiatives championing inclusivity and diversity in the industry, issues that have risen to the top of the agenda for some brands after the rise of online activism and shifting consumer attitudes amid a highly polarised political backdrop in the United States. The organisation will work with activist Bethann Hardison and Harlem’s Fashion Row on networking programmes and events.

What’s Next for the CFDA?