NEW YORK, United States — The first season of the new New York Fashion Week is more than halfway done. The early verdict, it seems, is that the tighter schedule and relentless pace is keeping people interested, if not particularly well-rested. So it was nice to start Monday off with some clear-eyed serenity, first with The Row and then Carolina Herrera.

The two labels, which sit at opposite ends of the aesthetic spectrum, have one thing in common: They’re dressing women with money — often the same women. The Row provides the essentials; Carolina Herrera, the flourishes.

At The Row, Ashley and Mary Kate Olsen continued on with their narrative of mostly black, white and tan, with guest appearances this episode by Ciel blue and lilac. The designers have a nice way of refining workwear tropes: the things you noticed were the shirting elegantly layered over a turtleneck, the oversized utility pockets on a mid-length, straight-ish skirt, and the sensible half-zip on a pullover knit. The irony was in the footwear: PVC sandals and knitted glove shoes, the latter a sort of riff on the cheap-o knit flats that are taking over commuter wardrobes across the country.

Carolina Herrera designer Wes Gordon knows his customer isn’t coming to the brand for easy pull-on trousers and cashmere turtlenecks. A year into his tenure, he’s ultra focused on “optimistic” dress-up wares. “The world is full of clothes,” he said. “My responsibility — my obligation, my promise — is to give them something that delights them.”

This collection, shown in Battery Park under a plastic dome, was his most organised and polished to date, with just the right amount of pageantry — not a random look in the bunch. For women who have somewhere to be, there’s nothing better than gathered satin necklines, felted polka-dot ballgowns and bow-back blazers. He might have to call a moratorium on ballooning puffed sleeves next season, though. 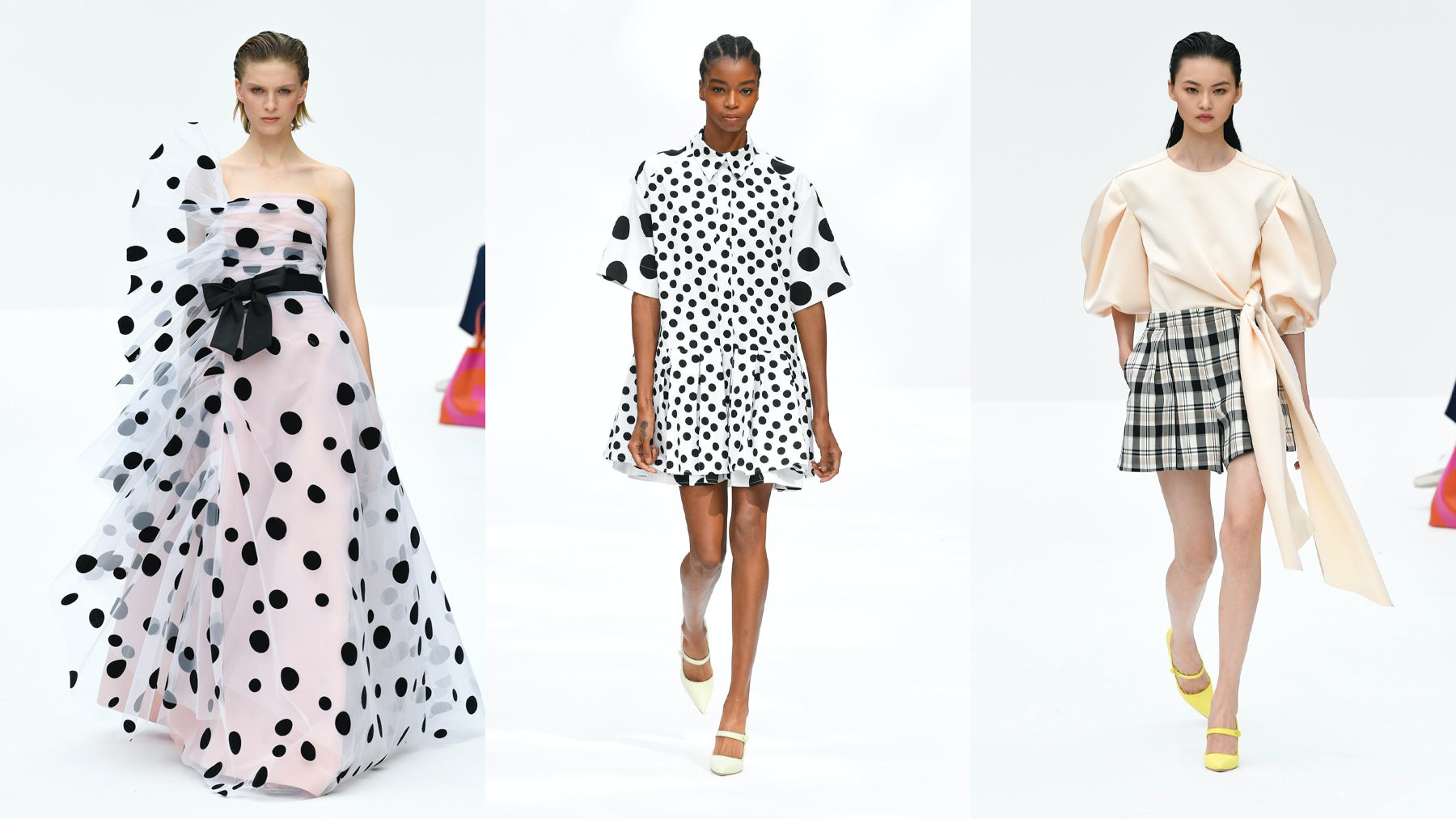 Having money also makes starting, and sustaining, a brand easier. But it doesn’t guarantee success. Joss Sackler, a member of the controversial Sackler family — the founders of Purdue, the pharmaceutical company largely blamed for spurring the US opioid crisis — might know this better than any modern socialite who has decided that she wants her own fashion line.

Sackler, whose “LBV” collection debuted last season, is adamant that her connection to the Sackler fortune — she is married to one of the heirs — has nothing to do with her line. Except for the fact, of course, that it’s funded by them.

This season, perhaps in an effort to help legitimize the label, Sackler hired a designer: an up-and-coming eveningwear expert named Elizabeth Kennedy, who closed her own line to focus on this instead. When asked why she would do this given the fraught context, Kennedy explained that she and Sackler have been friends for a couple of years, and that they are “trying to build a modern American brand that celebrates women and their bodies … something different than other brands are doing at the moment.”

The show, which happened mid-day on the roof of the Bowery Hotel, was full, if not packed. (Mostly with friends, some of which were carrying “LBV” flap bags.) Among a handful of reporters, I spotted two magazine editors, including former Vogue Arabia editor-in-chief Deena Aljuhani Abdulaziz.

After the show, one tall, bald man circling Sackler — who was dressed in an embellished floor-length red evening gown — said the collection was “awesome.” I can’t say I agree, but the clothes were quite communicative. Kennedy designed awfully rigid leather corsets, chainmail dresses and suiting made of shiny, impenetrable patent leather, accessorising several looks with a giant metal phoenix belt buckle. The approach suggested that she and Sackler were ready to protect themselves — and fight back, too. Unfortunately, the clothes did not rise high enough to make one forget the news reports. If anything, they simply reinforced them. 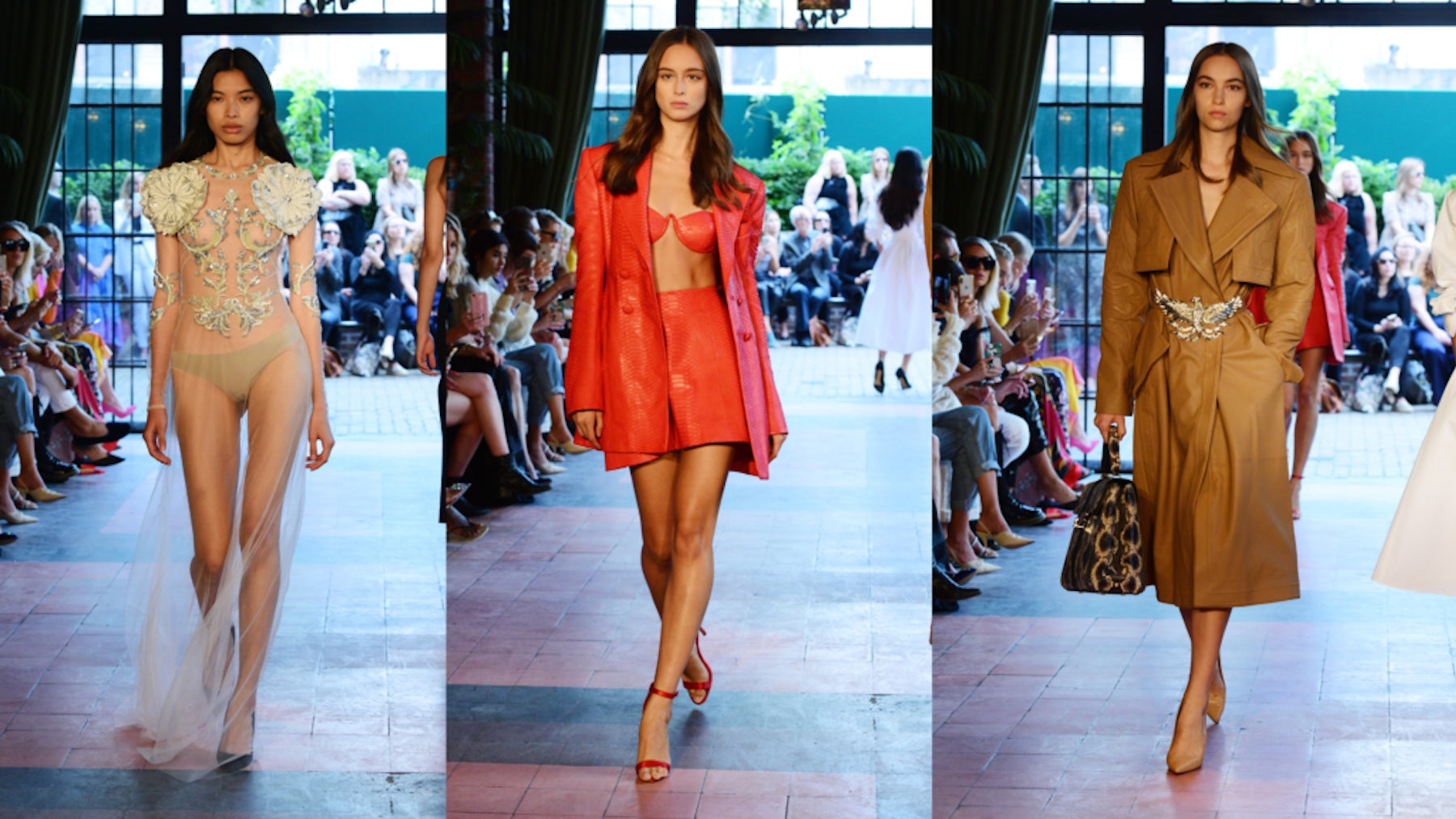 Want to know what Tom Ford thinks about how his first fashion week as chairman of the Council of Fashion Designers of American (CFDA) is going so far? Sorry, Ford was not available for his usual post-show interviews, so I couldn’t tell you. But the designer did leave journalists the gift of show notes in which he explained his thoughts behind his latest collection.

“I am usually reluctant to talk about the images that inspire me, as I believe that it was Coco Chanel that said ‘Creativity is the art of concealing one’s source,’” he wrote. “What I believe that she meant by that was that one should be inspired by things but change them in a way that makes them one’s own. I always hope that I do that and that the clothes speak for themselves….”

In this case, they did. For Spring 2020, Ford abandoned his usual Park Avenue venue, inviting us down to a decommissioned Bowery Street subway station illuminated with blacklight. He shrunk the guest list, even the celebrity tally — Miley Cyrus, Russell Westbrook and Ansel Elgort were the majors — and lined school-assembly folding chairs in rows down the station’s platform. MTA workers stood on the train tracks, surveying the room to make sure no one was inching too close to the edge. The models, back-lit in purple neon, sported punkish mohawks, like little subway gutter rats in ballgown skirts, slippery silks and sculpted bra tops as shiny and hard as a Jeff Koons rabbit. 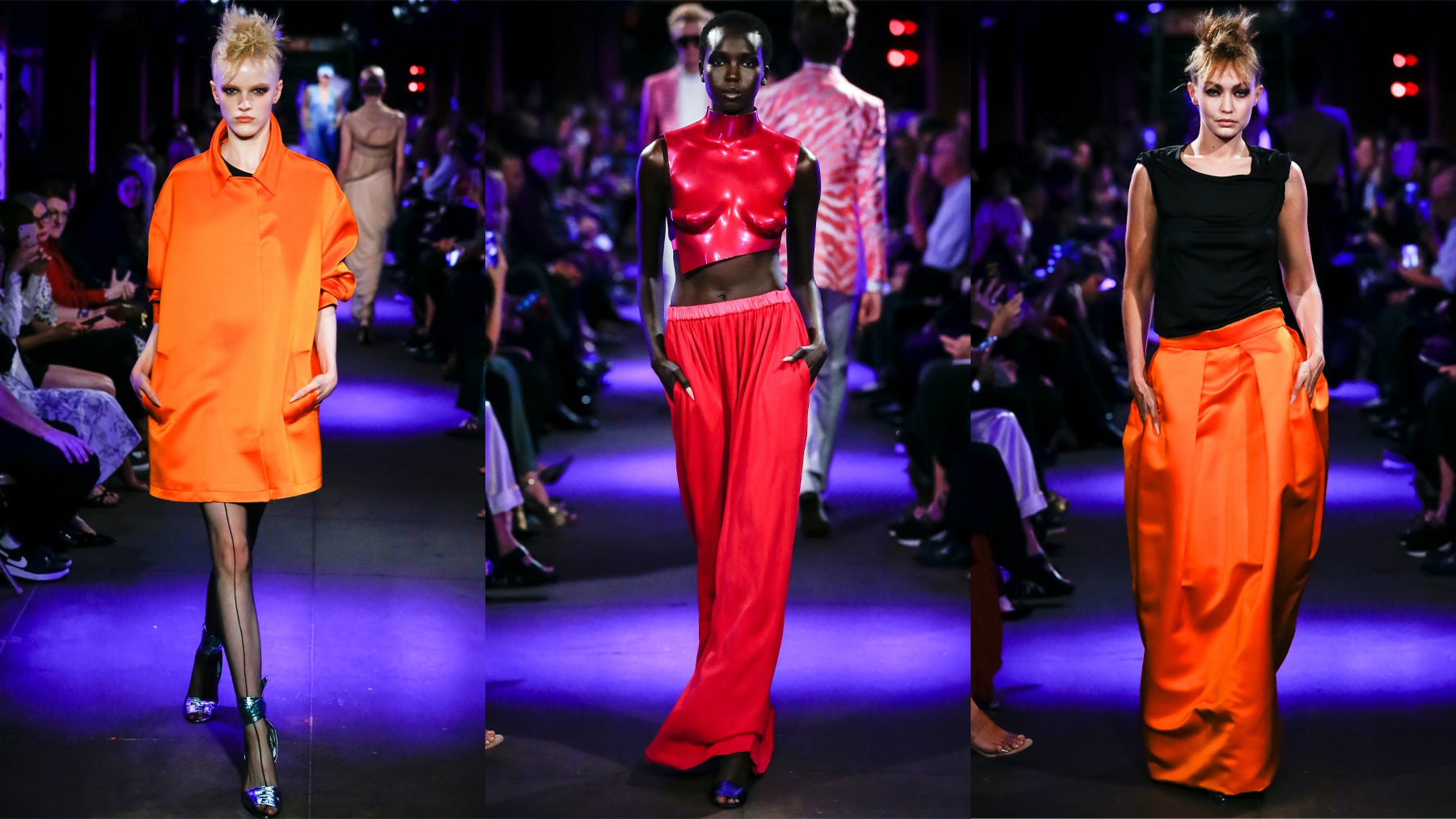 Ford made an exception to his (and Coco Chanel’s) rule this season, offering up his inspiration board. The most salient reference? “Andy Warhol and Edie Sedgwick coming out of a manhole cover in 1965.” It was a nice little moment; the kind that the new New York Fashion Week is supposed to deliver. In that way, it was a statement. An example for the rest of them, perhaps.