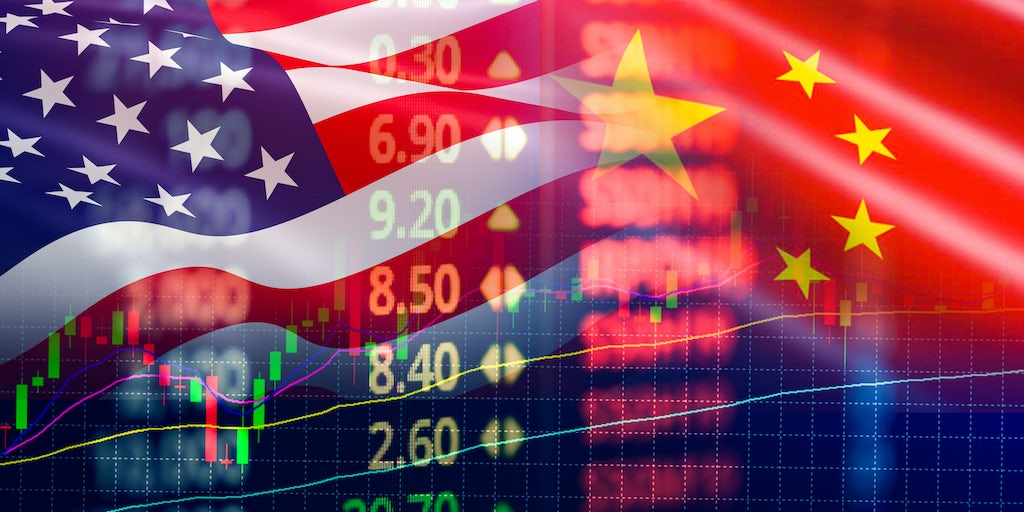 NEW YORK, United States — The US and China said they agreed to the details of the first phase of a broader trade agreement in a move that will see the US reduce tariffs, at least temporarily calm fears of an escalating trade war between the world’s two largest economies.

The US will also suspend new import taxes that were set to take effect on Sunday covering $160 billion of products such as smartphones and toys, US Trade Representative Robert Lighthizer told reporters Friday. The Asian nation committed to increase imports of US goods and services by no less than $200 billion more than the 2017 level over the next two years, he said. That would be more than double the $187 billion in goods and services the US exported to China in 2017.

In return, Trump agreed to reduce some existing US tariffs, halving 15 percent duties on $120 billion of imports but maintaining a 25 percent levy on some $250 billion of Chinese goods. He said he would also delay new import taxes set to take effect on Sunday on $160 billion of products such as smartphones and toys.

“This is an amazing deal for all. Thank you!” Trump said in a series of tweets that came as Chinese officials announced the deal at a late-night press conference in Beijing.

Lighthizer said he expected the 86-page agreement to be signed by him and his counterpart, Vice Premier Liu He, in early January in Washington and released publicly then. Lawyers for both sides will review the accord before signature, and Lighthizer expects it will come into effect 30 days after the signing.

The S&P 500 Index swung between gains and losses, while Treasuries rose and the dollar was steady as neither side delivered enough details to calm investors who sent stocks to records Thursday on reports fresh tariffs due Sunday have been averted. Washington and Beijing have been in trade war for almost two years, involving almost $500 billion in products shipped between the two nations hit by tit-for-tat tariffs.

The deal is a “very, very important step forward” that goes beyond just agricultural purchases and included meaningful commitments that are fully enforceable, Lighthizer said. An enforcement mechanism to resolve disputes would allow either side to impose tariffs if the agreement was violated, he added.

On agriculture, the Chinese made detailed commitments that would see them purchase at least an additional $16 billion annually in commodities on top of the pre-trade-war level of $24 billion and endeavor to buy as much as $50 billion annually, Lighthizer said. He said the detailed purchase targets on each commodity won’t be made public.

In an effort to assuage the fears of other countries from which China buys agricultural commodities, Ning Jizhe, vice chairman of the National Development and Reform Commission, stressed that increased agricultural purchases would comply with World Trade Organization rules. “Expanding China-US trade will not affect interests of other trading partners,” he said.

US tariffs would be rolled back in stages, they said, though Lighthizer disputed that, saying that duties would only be reduced in the future if further phases of a larger agreement were concluded.

The interim deal with China, which was announced as impeachment proceeding against Trump progressed in Congress on Friday, offers a short-term political victory for the president and will allow him to claim that his tariffs have paid dividends. It was hailed by Trump supporters in Congress as well as some former US officials who had tried their own hand at negotiating with China.

Democrats quickly criticized the deal, with Senate Minority Leader Chuck Schumer saying Trump “sold out for a temporary and unreliable promise” from China to purchase soybeans.

Business groups immediately called for more negotiations on future phases to get under way.

“This is an encouraging first phase that puts a floor under further deterioration of the bilateral relationship,” US-China Business Council President Craig Allen said in a statement. “But this is just the beginning. The issues facing the US and China are complex and multi-faceted. They are unlikely to all be resolved quickly.”

Put off for later discussions are knotty issues such as longstanding US complaints over the vast web of subsidies ranging from cheap electricity to low-cost loans that China has used to build its industrial might. Data localization, cross-border data flows and cyber intrusions will also form part of later stages, a senior administration official said.

Trump said on Friday that negotiations on a second phase of the agreement would begin “immediately.”

“China would like to see the tariffs off and we’re OK with that,” he told reporters. “But they’ll be used as a negotiating table for the phase-two deal, which they would like to start immediately and that’s OK with me.”

But Lighthizer on Friday said he had not yet identified what issues might be addressed in the second phase of negotiations or when those talks would start.

Many analysts remain skeptical that Trump will be able to conclude those talks on more intractable issues before the November 2020 election. Chinese officials have privately expressed skepticism that progress can be made past phase one, as have some US business leaders. That has raised questions about the effectiveness of Trump’s strategy and the tariffs that he has rolled out in a way not seen since the 1930s despite the deal announced on Friday.

Some analysts suggested that the limited scale of the deal may help Trump weather criticism of it from China hawks and others and therefore contribute to the fragile peace holding.

“The reason the president insisted phase two will start immediately is phase one is very small,” said Derek Scissors, a China expert at the American Enterprise Institute who has advised the Trump administration. “The positive side is that a small deal implemented slowly is much more likely to hold through the election, versus a seemingly big deal falling apart.”

Both Trump and Chinese President Xi Jinping have been under domestic political pressure to get at least a partial deal as a result of the impact of the trade war on both economies this year. Many economists have pinned forecasts for a global economic rebound next year on a cease-fire.

China’s gross domestic product rose 6% in the third quarter from a year earlier, the slowest pace since the early 1990s. The US is showing signs of downshifting, too, with a record-long expansion weakening to a crawl this quarter as tariffs spread uncertainty across manufacturers and others whose supply lines run through China.

That damage has put particular pressure on Trump, who is pinning hopes for re-election next year on a solid economy that boasts the lowest unemployment rate since the 1960s. He campaigned in 2016 promising to revive American’s decaying manufacturing base — a sector that’s been among the most disrupted by tariffs.