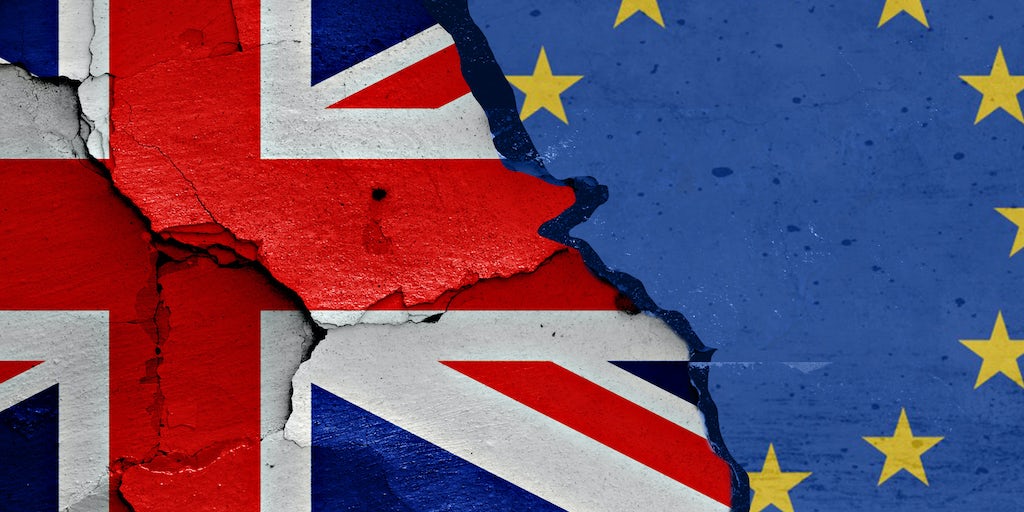 The deal, which would have laid out the terms of Britain’s divorce from the bloc, was defeated by a resounding 230 votes. Its failure prolongs uncertainty that has hung over the UK economy since the country voted to leave the European Union in a referendum two-and-a-half years ago. The UK is due to leave the EU on March 29, with or without a deal.

The fashion sector, which relies heavily on imported materials and international talent, is particularly vulnerable to Brexit-related headwinds. Prominent members of the UK fashion establishment have vocally opposed the country’s separation from the EU. According to industry advocates Fashion Roundtable, 96 percent of the sector within the UK voted to remain.

British designer Katharine Hamnett, known for her politically-charged slogan T-shirts, has created a series of “Cancel Brexit” T-shirts and campaigned for a second referendum. In the Brexit debate, “everything” is at stake for the sector, she said Tuesday.

The uncertainty comes at a tough time for the U.K’s retail sector. It’s already contending with higher prices because of the dampening impact of Brexit uncertainty on the value of the pound, as well as the broader challenges facing the global retail market.

“After two years of not knowing what the outcome might be, we still today are unsure of what might happen,” said Tamara Cincik, founder and CEO of Fashion Roundtable. “Combine this with the issues to bricks and mortar retail and you have a perfect storm.”

For the industry, the main areas of concern are the impact leaving the European Union could have on trade, investment and access to skilled international workers.

The worst scenario for the fashion industry would be that the UK crashes out of the European Union with no deal at all. That would likely mean sharply higher import costs and could potentially lead to labour shortages and goods stuck outside ports of entry on both sides of the border, as freedom of movement guaranteed by EU membership would be abruptly suspended. Any further devaluation of the British pound — already down over 10 percent since the referendum — and additional economic uncertainty would also likely have a negative impact on consumer spending.

Some brands have already begun to prepare for the worst, quietly renting EU warehouses and building stockpiles of summer styles in the U.K. earlier than usual — measures that would mitigate the impact of higher tariffs and potential port delays in the event of a “hard” Brexit.

But that’s still not the most likely way for things to play out. In the coming days, the Prime Minister could return to Brussels for fresh negotiations to try to avoid a no-deal departure.

At the same time, there’s still room for more wild card scenarios, including a push for a new Brexit deal — possibly more along the lines of the Norwegian model that would allow the UK to retain access to the EU’s single market and freedom of movement — a general election, and even a second referendum.

As Brexit Looms, Katharine Hamnett and Shahmir Sanni Speak on What’s Next for Britain