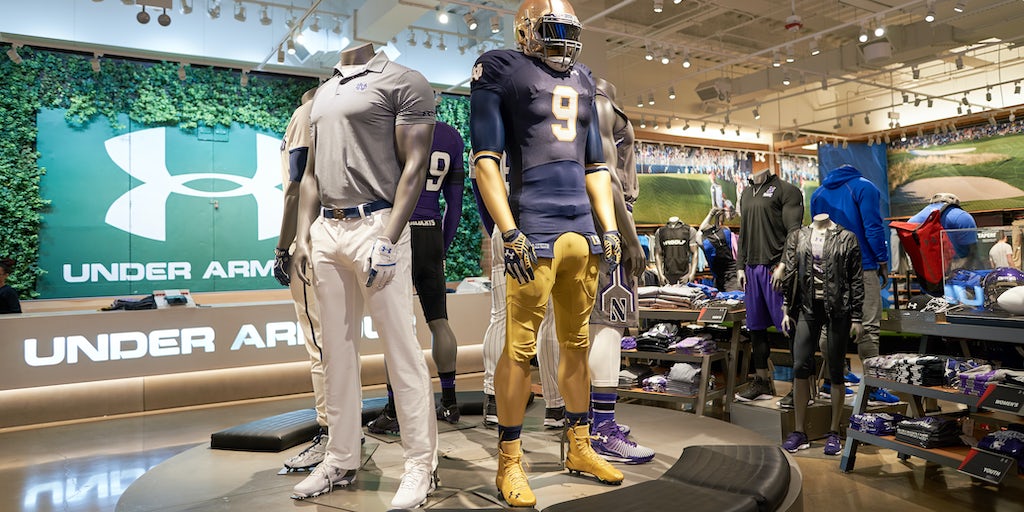 BALTIMORE, United States — Under Armour Inc. on Tuesday forecast a surprise drop in 2020 profit, blaming ongoing weakness in its North American business and the coronavirus outbreak in China, sending its shares tumbling as much as 16 percent.

The company has been losing market share to rival sportswear makers such as Nike Inc. and Adidas in a saturated North America market, which accounts for about 70 percent of Under Armour’s revenue.

To keep and bring in more customers, it has been forced to offer big discounts at retail chains and department stores in its home market, squeezing profits.

“I’m not satisfied with where we are today,” Patrik Frisk said on his first conference call after taking over as chief executive. Frisk — only the second chief executive in the company’s two-decade history — took over from founder Kevin Plank in January.

“A combination of demand challenges and distribution dynamics is materially impacting our business,” Frisk said, adding that the problems were most evident in the company’s full-price wholesale and e-commerce businesses.

Shares of the company were down 16 percent at $17.24 in early trading.

The slowdown in North America has forced the Stephen Curry-shoe maker to revisit plans of opening a flagship store in New York City, a hot spot for footwear brands, as part of a new cost-cutting measure.

Under Armour estimated $325 million to $425 million in pre-tax charges for the year due to the plan.

The company said the coronavirus outbreak in China, which has killed more than a thousand people and forced several retailers to close and revise their forecasts, would have a $50 million to $60 million hit on first-quarter sales.

Full-year revenue is expected to be down in the low single-digit percent range, Under Armour said, in contrast to analysts’ expectations for a 4.2 percent rise.

The company also said profit per share would be between 10 cents and 13 cents, compared with 20 cents a year earlier and Wall Street estimates of 47 cents.

For the fourth quarter, net revenue rose 3.7 percent to $1.44 billion, but missed estimates of $1.47 billion, according to IBES data from Refinitiv. Adjusted earnings of 10 cents per share also fell below expectations by a penny.