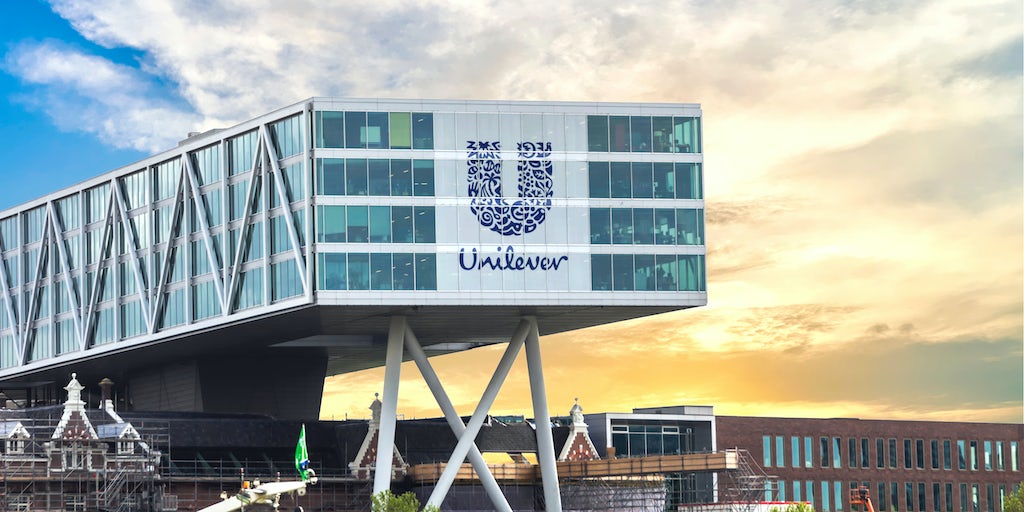 LONDON, United Kingdom — Unilever plans to combine its UK and Dutch arms under a single British headquarters to boost dealmaking flexibility at the maker of Dove soap and Ben & Jerry’s ice cream.

The move marks a reversal by Chief Executive Alan Jope after his predecessor, Paul Polman, two years ago abandoned efforts to consolidate in the Netherlands following fierce opposition from UK investors. The Dutch-listed shares rose as much as 4.3 percent early Thursday.

“This has been needed for at least 40 years — the structure of the company is outdated and not competitive,” Chairman Nils Andersen said on a call with reporters, adding that just because the company got a “bloody nose” in 2018, it wasn’t going to “kick the can down the road on this for a few more years.”

The latest about-face will prompt speculation that Unilever plans to split its food business into an independent company, separate from the household-products arm. Unilever said it promised the Dutch government that if it would ever do so, the food unit would be incorporated and listed in the Netherlands.

Eliminating dual legal structures will result in one class of shares and a single pool of liquidity, providing more flexibility for stock-based acquisitions and divestments, Unilever said. The Covid-19 pandemic is making that more important, as consumer-goods companies face seismic shifts in shopping behaviour, including an acceleration of online sales and surging demand for cleaning products.

A review of Unilever’s tea business has demonstrated that the dual-headed legal structure can create disadvantages, Unilever said. The company previously has moved to shed other slow-moving businesses, such as its spreads unit, while investing in niche areas such as vegan food.

Separating the food division as an independent company would enable Unilever to lessen its focus on an intensely competitive business, where its Hellmann’s mayonnaise faces US price wars with Kraft Heinz Co.’s rival products and its ice cream is being challenged by low-calorie entrants such as Halo Top.

The consolidation into a UK parent company “will enable Unilever to shift to higher-growth categories faster,” Investec analyst Alicia Forry wrote in a note to investors.

Unilever NV shareholders will receive one new Unilever Plc share in exchange for each share held, the company said. Unilever plans to maintain listings in Amsterdam, London and New York. The previous plan failed in part because it would have resulted in the company’s ejection from the UK’s benchmark stock index, creating problems for institutional investors.

The organisational streamlining won’t affect staffing levels or business activities in either country, it said. The headquarters of Unilever’s foods and refreshment division, which represents around 40 percent of the company’s sales, will continue to be based in Rotterdam. The home care and beauty and personal care divisions will continue to be headquartered in the UK.

The company has maintained dual nationality since the 1930 merger of Margarine Unie of the Netherlands and UK soapmaker Lever Brothers.

The company’s previous plan to combine its headquarters in the Netherlands was seen as a blow to the UK government’s Brexit hopes, though Unilever denied any link to Britain’s departure from the European Union.

That proposal had been developed as the Dutch government was moving to scrap a dividend tax in a bid to make the Netherlands more attractive to employers. The proposal was dropped after Unilever abandoned the Rotterdam move. The government said it was disappointed with the new course shift on Thursday.

The Netherlands would “prefer the structure to be simplified with only a Dutch NV” as parent company, Minister of Economic Affairs and Climate Policy Eric Wiebes wrote in a letter to parliament. “At the same time, the cabinet understands that this simplification has no consequences for the activities in the Netherlands.”

British business secretary Alok Sharma, meanwhile, tweeted that he was “delighted to see Unilever’s proposals to become a fully incorporated UK company,” calling them “a clear vote of confidence in the UK.”

By Eric Pfanner and Thomas Buckley.