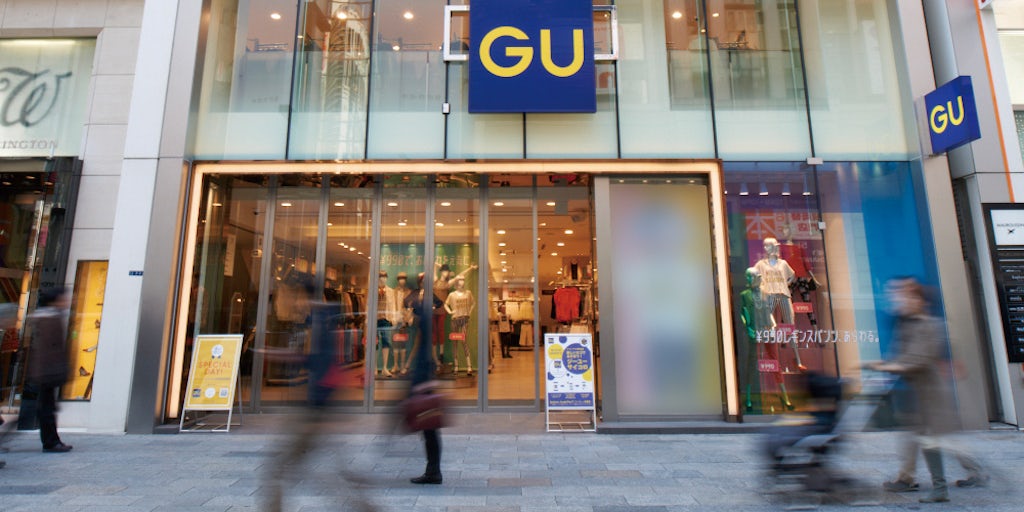 TOKYO, Japan — As fashion franchises like Forever 21 struggle globally amid changing shopping habits and competition from e-commerce, Uniqlo-owner Fast Retailing Co. has managed to turn around a second clothing line into a profit driver.

Its more experimental and stylish GU brand is expected to be a highlight of its full-year earnings to be reported on Thursday afternoon. The sister brand, which sells at lower prices and is aimed at younger customers, had already hit nine-month operating profit of 26 billion yen — a jump of 75 percent from a year earlier and accounting for about a 10th of the group’s operating profit.

GU’s projected growth offers a diversified stream of revenue for the Japanese retail giant at a time when the fast fashion industry is struggling — once-beloved teen brands like Forever 21 and American Apparel have now gone bust after failing to keep up with the shopping habits of younger consumers.

“It will become an important aspect of Fast Retailing’s business,” said JP Morgan Securities analyst Dairo Murata, who sees GU’s contribution to Fast Retailing reaching a 13-year high. “In this past fiscal year, GU whittled down the number of items and started focusing on the mass trends. It’s really been a turnaround.”

Fast Retailing will probably report 259 billion yen in operating profit for the fiscal year that ended August, a growth of 9.2 percent on year, according to an average of analyst estimates. A representative for the company didn’t respond to a request for comment.

GU’s success is built on Fast Retailing’s existing strengths, like its expansive supply network and scale. While GU has mostly focused on domestic growth, it’s opened a handful of stores around Asia in cities like Taiwan and Hong Kong.

The unit was broken out as as a separate business segment for Fast Retailing’s reporting two years ago. Items such as oversized tees and ‘marshmallow’ pumps have done particularly well in the past year, Murata said.

Still, it’s unlikely GU will ever get as big as Uniqlo even as it expands. Retail competition is very fierce in Asia, and GU’s growth may level out next year after its big turnaround period, Murata added. The brand is still in need of tweaking its brand identity and target customers, according to analysts.