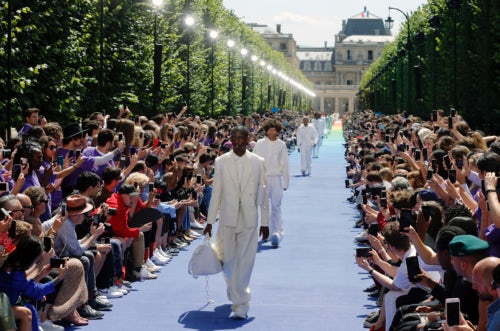 Select shoppers are getting their first crack at Abloh’s Spring/Summer 2019 menswear collection for Louis Vuitton at the brand’s first product drop. Pioneered by Hiroshi Fujiwara before being popularised by the likes of Supreme, drops — or controlled releases of new products at a clip that’s far faster than the traditional fashion cycle — are designed to drive consumer excitement with a stream of constant newness. Other luxury players are testing similar waters. But the trick will be balancing the community-fueled energy of streetwear drops, which often attract hordes of young fans, with a luxury-like shopping experience.

The Bottom Line: Too much “street” and luxury drops risk diluting carefully cultivated brand equity, but reducing them to glorified private shopping appointments could miss the magic of turning a product release into a genuine event that energises fans of the brand to show up and post on social media. 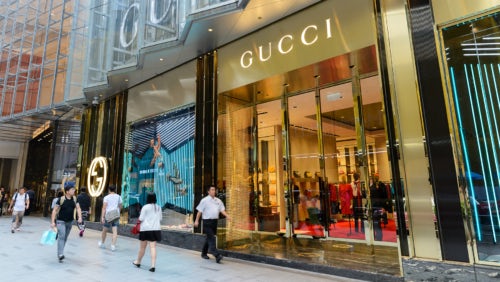 Until recently, Kering’s financial performance was as predictable as a Girard-Perregaux watch. But after years of soaring sales, on the back of white-hot Gucci, Balenciaga and the booming China luxury trade, Kering is preparing for the inevitable comedown. It’s sensible to let a little air out of the luxury bubble; Gucci CEO Marco Bizzarri isn’t wrong when he tells store employees that no company can grow at the house’s current torrid pace forever. But forces beyond Kering’s control threaten to pop the bubble entirely. China is cracking down on luxury imports, which could slim the sales impact of the country’s huge outbound tourist flows at Gucci flagships around the world. And the US-China trade war could sap consumer demand in China itself. Kering shares are down 29 percent from June’s all-time high, part of a broader swoon in luxury stocks.

The Bottom Line: European luxury brands are largely at the mercy of Chinese authorities and US president Donald Trump; they don’t have an obvious alternative customer if Chinese tourists stop loading up on handbags while on holiday. 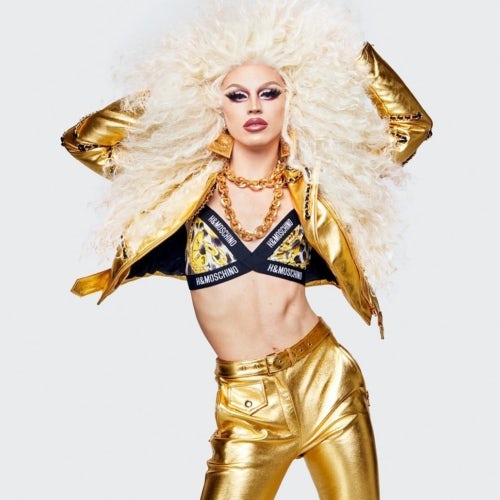 In keeping with the Moschino brand, everything about H&M’s latest designer collaboration is sure to be a little extra. H&M, which does about one of these a year, is clearly hoping to recreate the magic of its Balmain collaboration in 2015, which succeeded with the only measure that counts: social media impressions (#hmbalmaination was tagged 73,000 times on Instagram, #hmoschino has 2,000 so far though that’s sure to rise between Wednesday’s show and items going on sale November 8). These collaborations are no-brainers for luxury brands, which gain enormous exposure and a big payday while facing little stigma for briefly mingling with the masses. H&M has less to show for it – growth has slowed in the post-Balmain years.

The Bottom Line: For H&M, the success of its designer collaborations hinges on their ability to generate buzz and drive shoppers to stores where they inevitably pick up other items. But even if Moschino is a hit, repeating that success only grows harder as the brand is running out of blockbuster names.

COMMENTS OF THE WEEK 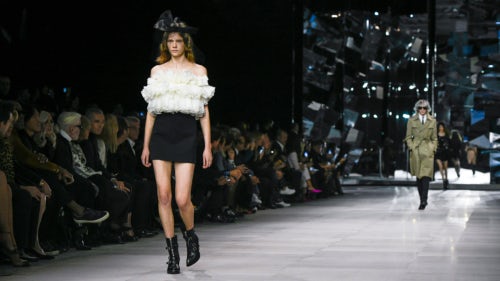 Anabel Maldonado’s “Defense of Hedi Slimane” had the BoF community divided on the Celine designer’s approach to women’s fashion:

“Defenders of Slimane are stubbornly refusing to see the point – traditionally womenswear designers have been overwhelmingly male, and many would agree that the clothing has not always met every woman’s needs. So when a man takes over a previously female led house that has been celebrated as an alternative to sexy dressing and turns it into cliche sex-wear, optics wise, it does appear the female voice has been silenced in favor of a man’s.” -Jessica Kosak