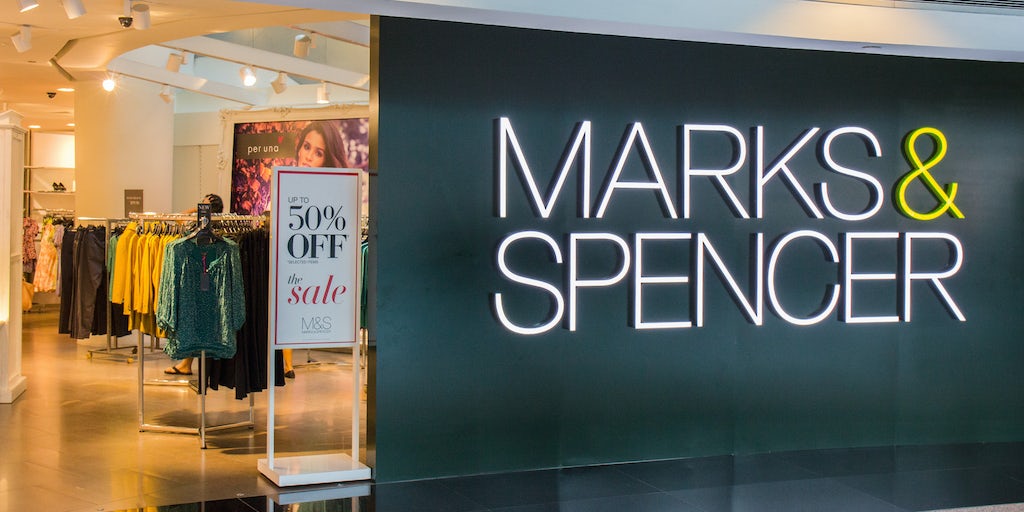 LONDON, United Kingdom — Britain’s Marks & Spencer reported on Wednesday a 17 percent drop in first-half profit, dragged down by falling clothing sales, illustrating the bumpy path of its latest attempt at a turnaround after over a decade of false dawns.

Shares in the 135-year-old M&S, one of the best known names in British retail, have fallen 36 percent over the last year and in September the group lost its place in the prestigious FTSE 100 index.

But the stock was up 5.7 percent at 8.07am GMT after it said it was planning for some improvement in trading in its second half and said its programme was making progress.

M&S set out on its latest “transformation” plan shortly after retail veteran Archie Norman became chairman in 2017 to work alongside Chief Executive Steve Rowe, who has been with the company for 30 years and became its boss in 2016.

Norman said in May last year the firm was targeting sustainable, profitable growth in three to five years and has been instrumental in speeding up the pace of change, with the firm closing weaker stores, revamping ranges and investing online.

His boldest move yet was striking a £1.5 billion ($1.93 billion) joint venture with online grocer Ocado to give M&S a home delivery service for food.

“Our transformation plan is now running at a pace and scale not seen before at Marks & Spencer,” he said. “For the first time we are beginning to see the potential from the far reaching changes we are making.”

“In clothing and home we are making up for lost time. We are still in the early stages, but we are clear on the issues we need to fix.”

M&S made a pretax profit before one-off items of £176.5 million ($227.3 million) in the six months to 28 September. That was in line with analysts’ average forecast but down from £213.0 million made in the same period last year.

The group said it had seen an improved sales performance in October in clothing and home, though it cautioned that market conditions remain challenging.

In July Rowe sacked Jill McDonald, the head of its clothing division, days after he publicly criticised chronic availability, and assumed direct leadership of the division himself.

The departure of supply chain director Gordon Mowat followed and in September M&S said Finance Chief Humphrey Singer was also leaving after little more than a year in the role.

Rowe said M&S had improved the styling and value of its clothing for the Autumn/Winter season and was trading the ranges with improved availability and shorter clearance periods.

“In some instances dramatic sales uplifts in categories where we have restored value, style and availability illustrate the latent potential and enduring broad appeal of our brand,” he said.