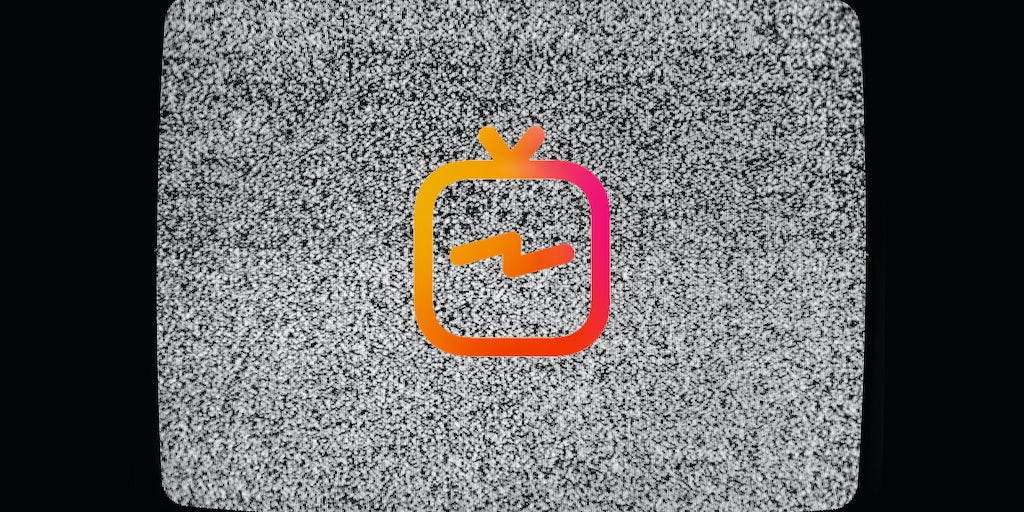 SAN FRANCISCO, United States — When Instagram launched Stories, its Snapchat-like feature allowing users to post ephemeral content that would vanish after 24 hours, the social media platform had an immediate hit on its hands. Four months into its next big feature, IGTV, the results are less clear.

Instagram announced it’s long-form video platform at the end of June. Many saw it as an attempt to take aim at YouTube, luring audiences away from the video-sharing website in a similar way that IG Stories has done with Snapchat.

IGTV is integrated into the main Instagram app and also has stand-alone app. Any user can set up an IGTV “channel” and post video content that runs for as long as an hour, compared with a one-minute Feed video or 15-second Stories post.

Betting on long-form video was considered a smart play: users spend 60 percent of their time in the Instagram app watching video content, according to the platform. Moreover, Instagram claims, the fashion and beauty community is the biggest producer of video content, with 92 percent of fashion and beauty accounts posting a video to either Feed, Stories or IGTV since June.

Yet it seems IGTV is yet to take off within Instagram’s fashion community.

It’s a brand new product, and people are still learning how to use it.

Instagram declined to share active-user data for IGTV, but, four months in, video views for many brands are modest compared with number of followers, and tend to be lower than the average views on videos in their main feeds. Gucci, which has 28.6 million followers, will usually garner between 300,000 to 500,000 views on a video posted to its Feed. Views for the 18 IGTV videos its uploaded range between the 500 and 300,000 mark: 12 of those have under 100,000 views, with four collecting under 700.

Similarly, Michael Kors, which has 12.7 million followers, will often rack up well over 100,000 views on its Feed videos. Only one out of its 13 IGTV videos has surpassed that number. The other nine range between 10,000 and 50,000 views. Its most recent IGTV post on its #MKGO Bold campaign, released on October 23, has gained 19,000 views on the platform so far. The same video posted to its YouTube account has amassed 1.6 million views in the same timeframe. (This, however, is by far the brand’s top performing YouTube post in recent months, with the majority of other posts collecting just a few thousand views.) Hugo Boss, too, says that average reach and engagement on its IGTV channel is lower than that of IG Stories.

“It’s a brand new product, and people are still learning how to use it,” said Eva Chen, Instagram’s director of fashion partnerships. “Anytime we launch something new, people always take time to figure out what’s right for them.”

Following the success of IG Stories, Instagram had hopes that IGTV would make a similar splash. At the time of release, Kevin Systrom, Instagram co-founder and then CEO, dubbed IGTV “our most exciting feature to date.”

However, unlike IGTV, IG Stories filled a clear void in the Instagram eco-system by providing a place for brands and individuals alike to showcase content that wasn’t curated enough for the Feed, but was still a great way to engage users. Brands are still figuring out where on the spectrum between curated Feed content and behind-the-scenes Stories content IGTV fits in.

Plus, they have other ways to get exposure within the Instagram platform. Valentino recently uploaded its Resort 2019 campaign video to IGTV, with views coming in at just over 17,000. The same video in its feed has attracted almost 117,000 eyeballs.

When Stories launched, marketing technology firm Tribe Dynamics found that there was a reduction in total Feed posts from the influencers it tracks, a sign they were quickly able to increase engagement with followers via the new feature, said Brit McCorquodale, senior vice president, revenue. The firm has not seen a similar trend occur since the launch of IGTV.

Some luxury brands have been slow on the uptake. Burberry, well known in the industry for its digital savvy, currently has just four IGTV videos on its channel. Ralph Lauren has two. According to data released by Instagram, Ralph Lauren and Burberry were the most buzzed-about brands on the platform during New York and London fashion weeks respectively.

As for brands that are using IGTV, Gucci and Louis Vuitton have mainly uploaded fashion shows. Jimmy Choo posted a series of fashion-week focused influencer films throughout fashion month. Dior, which has been particularly active on IGTV with 42 videos, has uploaded a mix of shows, campaigns, interviews and behind-the-scenes content, featuring celebrities like Jennifer Lawrence and Chiara Ferragni.

But users cannot search for actual content, only for channels that are attached to user profiles, making content discovery more difficult.

“YouTube is a search engine, so they’re able to go onto that platform and find the content that they want,” said Tribe Dynamics’ McCorquodale. “IGTV doesn’t offer the same opportunity for discovery.”

And while Stories appears at the top of the Feed when the Instagram app is opened, accessing IGTV videos requires “a little bit of clicking through profiles,” said Brian Lee, associate director at business intelligence firm Gartner L2. “The experience for consumers is still very fabricated in a way that Instagram Stories is not.” Some brands, including Michael Kors and Coach, are overcoming these hurdles with a feature that lets users swipe up from a Story into IGTV content.

YouTube is a search engine. IGTV doesn’t offer the same opportunity for discovery.

Users may simply need more time to get used to IGTV, experts say. Where users were accustomed to viewing short videos before Stories — either on Instagram or Snapchat — long-form vertical video is a bigger leap.

“They are used to looking through photos and an occasional short form video,” said Gil Eyal, CEO of HYPR, an digital marketing firm that works with influencers as well as fashion and beauty brands. “There’s a psychological jump that users have to make.”

IGTV is still in testing phase, with more features expected to be rolled out in the near future, Chen said. This was the same approach Instagram took when developing IG Stories, with popular features such as filters, polls, tags and stickers not available to users right away.

“We’re in the infancy of IGTV,” said Chen. “This season, people were dipping their stilettos into the waters. I think by next season, and certainly by couture, you’re going to see people understanding it more.”

Instagram Has a New Video Platform. The Key to Success: Don’t Try So Hard.

5 Ways Brands Can Stand Out On Social Media