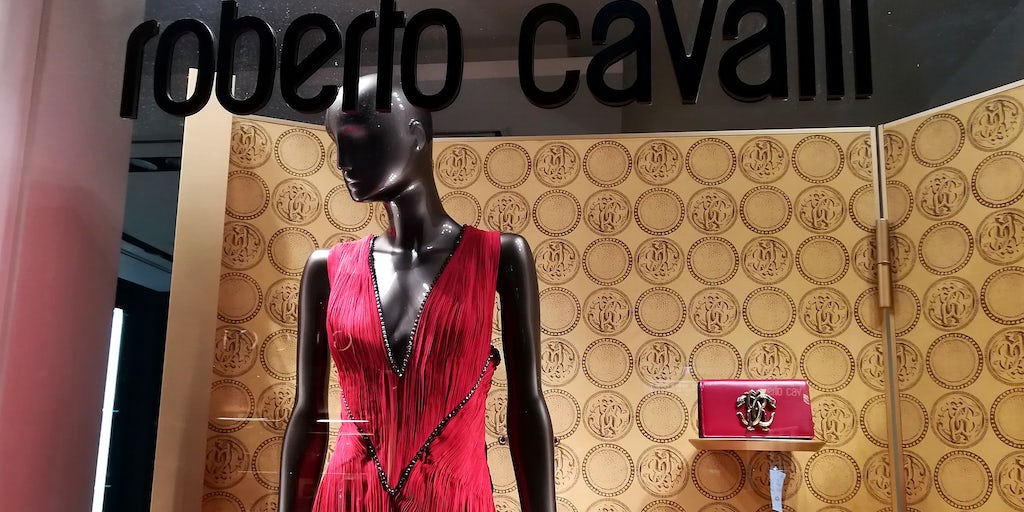 MILAN, Italy — Roberto Cavalli has found a new owner. Vision Investment Co. LLC, an entity controlled by Hussain Sajwani — the founder and chairman of Dubai-based real estate developer Damac — will take a controlling stake in the troubled Italian brand, according to a company source.

The deal will likely close by the end of the year, pending the final approval of a Milan bankruptcy court.

The fashion house, which filed for bankruptcy protection in Italy this past April and was forced to liquidate its US business that same month, was previously controlled by Clessidra, an Italian private equity firm. When Clessidra acquired a majority stake in Cavalli in 2015, the brand was valued at €390 million. Since 2014, however, it has posted annual losses, its turnaround plan stymied by a lack of capital.

The news of the pending acquisition was expected among Cavalli board members, including company executives and executives from Clessidra, who cited Sajwani as the preferred buyer. Three binding offers — from Vision, Italian fashion group OTB and American brand-management firm Bluestar Alliance — were submitted to the Italian bankruptcy court, which had final approval but considered input from the board. According to a source associated with another bidder, neither Bluestar or OTB have been informed of the court’s decision.

The board believed Sajwani would provide the most continuity for the business because of Cavalli’s existing partnership with Damac, according to a source with knowledge of the thinking.

Damac has a previous history with the brand, having partnered to create Cavalli-designed luxury villas in Dubai in 2017 — which are set to be completed by December 2020 — and a Cavalli-designed hotel, also in Dubai, projected to open by 2023. The developer is best known for partnering with internationally recognised brands including Versace, Fendi, Tiger Woods — and yes, Trump — to open hotels and other lifestyle properties, primarily in the Middle East. (Cavalli, it should be noted, has these sorts of partnerships with real estate developers throughout the world, from Bahrain to Mexico.)

“For sure Damac is not a fashion operator but they already know the brand well as they used to work with Cavalli as part of their real estate business,” said luxury analyst Mario Ortelli.

For Chief Executive Gian Giacomo Ferraris, who is expected to remain with the company, the partnership with Sajwani indicates that he will be able to continue to fund his turnaround plan for the brand, which has struggled in the years since the retirement of its founder.

A revival will be costly. Cavalli is one of the few remaining independent brands with strong enough global brand recognition to significantly boost its scale, but it is estimated that it will take €50 million to €100 million more in investment to complete the Cavalli turnaround and re-establish its business in the US, a key market. Sajwani will pay about €160 million for full control of Cavalli, including a €65 million capital injection and the repayment of debt, according to a report in WWD.

Roberto Cavalli must present its agreements with creditors to the Milan court by August 3rd for approval by the judge. Once those steps have been finalised, the shares will be transferred to Sajwani.

Ferraris is a turnaround expert, having restructured the Versace business and shaped it up for an investment from the Blackstone Group, the private equity firm that grabbed a minority stake in the company in 2014. Blackstone invested approximately $287 million in the brand at a valuation of nearly $1.4 billion, a significant amount, but worth it: in 2018, Versace sold to Capri Holdings, owner of Michael Kors, for $2.1 billion, delivering a tidy return.

Whether or not he’ll be able to do the same at Cavalli remains uncertain. While Cavalli is a global brand, it has a much lower profile in popular culture and has struggled to establish an identity that feels in sync with today’s zeitgeist.

For Damac to succeed, keeping on an executive like Ferraris, and finding the right creative director, will be key. It’s likely that Sajwani will give the executive an opportunity to implement his strategy.

“High quality real estate developers are in a rather unique position to assess the market potential of fashion and luxury brands,” said luxury analyst Luca Solca. “I take this as a vote of confidence on the work carried out to relaunch the brand.”

But even then, a turnaround will take time. Global fashion businesses with scale need strong brand recognition, creatively impactful collections and a robust accessories business, something that Cavalli lacks and is not easy to build.

Will Cavalli Be Able to Pull Off a Versace?